More than $16-billion in value was wiped out Tuesday for drug manufacturer Valeant Pharmaceuticals International Inc., after it cut expectations for its growth and recovery.

The company that was a stock-market darling a year ago is now at "a bit of a starting-over point" trying to rebuild credibility, chief executive officer Michael Pearson told analysts and investors on Tuesday.

Valeant's stock declined by more than 50 per cent to close at $45.14 on the Toronto Stock Exchange as it slashed sales and earnings targets for the coming year. That marks a steep decline from the stock's high above $346 reached in August of 2015, when Valeant's market value was more than $101-billion higher.

Mr. Pearson, recently returned from a lengthy hospital stay, spoke to investors and analysts for more than two hours about plans to sell off some assets for cash, hold drug prices steady and pay down hefty debts.

He delivered new, reduced targets for profit, saying that the estimates could be a bit conservative since meeting or exceeding the company's targets is now essential. He also responded to questions about how investors can trust the company.

"We have to earn back the credibility we had to deliver on the results, and we have to meet or exceed this guidance, and I think we all recognize that," Mr. Pearson said.

Valeant is looking to re-establish itself after months of controversy. The company's meteoric rise as an aggressive price raiser and serial acquirer was cut short after the company was attacked by short-sellers for the allegedly questionable practices of its mail-order pharmacy affiliate, Philidor Rx Services, which later shut down.

The drug maker soon faced probes from regulators and law-enforcement agencies, as well as criticism over the opacity of its accounting, and its meagre research and development spending.

As questions mounted, Mr. Pearson, the architect of the company's strategy, was taken ill with severe pneumonia. That knocked him out of the recovery effort for two months.

In his first public comments since returning to the helm, Mr. Pearson has set new targets for the company. Valeant projects 2016 revenue will be in the range of $11-billion (U.S.) to $11.2-billion, down from $12.5-billion to $12.7-billion. Growth has slowed in areas such as gastrointestinal treatments, women's health products and the U.S. dermatology business, where drug distribution has changed.

Valeant has been making adjustments to the distribution deal it struck with U.S. pharmacy chain Walgreens Boots Alliance Inc. late last year, which was meant to cushion against the blow of losing Philidor. The initial rollout of the Walgreens program, which started in mid-January, has been bumpy. Mr. Pearson said Valeant could have communicated better with the pharmacy-benefit managers that pay for many drugs. Those payers wanted modifications to the program and Valeant has been making changes, he said.

"While the company significantly lowered the bar for 2016, we believe that it will take time for investors to get comfortable with operational performance and the organic execution and deleveraging story," said Gregg Gilbert, analyst with Deutsche Bank, in a note to clients late on Tuesday.

He weighed in even after suspending his estimates and company rating last month because of the lack of clarity surrounding financial data and investigations.

The cash flows Valeant generates will now run swiftly toward paying down debt by a minimum of $1.7-billion in 2016, which falls short of the $2.25-billion Valeant estimated it would repay in its December investor-day update. The company has close to $31-billion in debt outstanding. Part of the debt-repayment plan is to sell some non-core assets and Valeant is already in talks with some third parties about potential deals, Mr. Pearson said. He added that none of the major divisions is on the table.

Valeant is also changing the way it reports its taxes after discussions with the U.S. Securities and Exchange Commission.

Amid all these adjustments, investors hoping for a return of the highly acquisitive and aggressive Valeant of the past will be waiting a "long time" as debt repayment takes centre stage, Mr. Pearson said.

Poof! In one day, Valeant CEO's net worth plunges by hundreds of millions Subscriber content
May 16, 2018 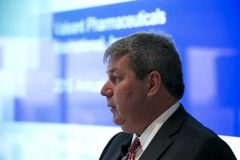 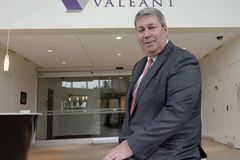 As Valeant leaves markets in suspense, creditors are showing patience
May 16, 2018 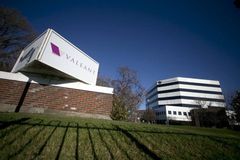 Brutal day for Valeant shareholders as stock plummets
May 16, 2018 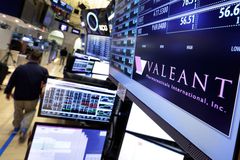