Purdy Crawford was born a coal miner's son and rose to prominence as one of Canada's best known business leaders who helped the country cope with some of its largest financial crises.

He died Tuesday at St. Michael's Hospital in Toronto after a long illness. He was 82.

Born in Five Islands, N.S., and educated in a two-room schoolhouse, he grew up to win scholarships and graduate with a Master's degree from Harvard University. Mr. Crawford served as chief executive officer of conglomerate Imasco Ltd. from 1985 to 1995, controlling a host of major companies including Canada Trust, Imperial Tobacco and Shoppers Drug Mart.

He was also a long-time lawyer with Toronto law firm Osler Hoskin and Harcourt LLP, and was known for his work both publicly and behind the scenes in helping resolve crises in the business community. He led a committee overseeing the restructuring of Canada's $32-billion market for non-bank asset-backed commercial paper following its collapse in 2007, and worked to help the federal government deal with the debt crisis facing Dome Petroleum in 1982.

Governor-General David Johnston, who was a close friend, said Mr. Crawford "touched so many lives for the better." He will remember him best as a family man "whose children and grandchildren exemplify the values which Canada holds dear."

Businessman John Bragg, head of Oxford Frozen Foods Ltd., said his mentor was a "good listener and a ferocious reader" who never wanted a 12-page summary of a legal decision if he could read the entire document.

"I say that he was an academic in love with business," Mr. Bragg recalled. "He loved business principles and how people did business and how they made it work. But he was at heart a real academic."

Mr. Crawford's most enduring legacy to Canada was his knack for recognizing the potential of young people he encountered and helping them climb the ladder in their careers, said author Gordon Pitts, who has just completed a biography of Mr. Crawford to be released in September.

"He really saw the potential in people who were diamonds in the rough in some cases, or were unfinished in some key ways, and he just took them under his wing," said Mr. Pitts, a former Globe and Mail reporter.

"He has really touched every part of Canadian life through the people he's mentored more than anything else," Mr. Pitts said.

Ms. Verschuren said she was 28 years old and working for the Cape Breton Development Corp. when she made a presentation to the board of directors, including Mr. Crawford. He approached her afterward and told her to talk to him if she ever wanted to leave her job, launching a 30-year friendship. At one point, Mr. Crawford hired her to run the Den for Men, a chain of retail stores owned by Imasco.

"He was just pure equity, pure fairness, pure integrity," Ms. Verschuren said Tuesday. "I never felt unequal around him – he inspired me and he inspired women."

She said Mr. Crawford's support for women in business stemmed in part by his close connection to wife of sixty-three years, Beatrice, who was his high school sweetheart, and by his five daughters.

Mr. Crawford's daughter, Heather Crawford, who is a corporate lawyer, said her father "led by example," never lecturing his six children about what to do, but always supported them.

He remained deeply connected to his Maritime roots, Ms. Crawford added, building a family compound in Nova Scotia and recently completing a new house on the Bay of Fundy not far from where he was born. He made donations to many Atlantic universities and was named an honorary chief of the Membertou First Nation for his support of aboriginal issues.

His son-in-law, Osler lawyer Larry Ritchie, said Mr. Crawford's "shadow was so largely cast" over the law firm, creating a culture of support and mentoring for young lawyers.

Osler vice-chair Brian Levitt, who succeeded Mr. Crawford as CEO of Imasco in 1995, said the law firm was small when Mr. Crawford first joined and did not represent any of the major banks, which was a key way for a law firm to access work on securities issues and deals.

"He just got it into his mind that the way to build the firm was to build other people – grow a lot of big trees instead of a lot of little trees," Mr. Levitt said. "Not everybody's like that, but it's a characteristic of a builder. So he'd get the business and turn it over to you and say, 'carry on.' He had no problem sharing the credit and sharing responsibility."

Mr. Crawford leaves his wife Beatrice as well as six children and 17 grandchildren.

With files from Jane Taber, Boyd Erman and Tara Perkins

ROB Magazine
The man with a thousand portfolios
May 28, 2009 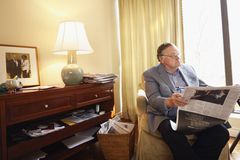 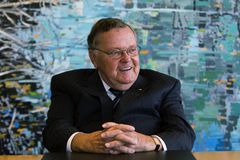