Two Canadian cable giants are closing down Shomi, the video streaming service launched as a joint venture less than two years ago, after viewers failed to show enough interest.

Shomi is jointly owned by Rogers Communications Inc. and Shaw Communications Inc., and was billed as a foothold against Netflix Inc.'s challenge to traditional television. But it struggled out of the gate in the face of stiff competition and will go dark on November 30.

The fate of the streaming service was sealed in the last few weeks, and Rogers expects to take a loss of between $100-million and $140-million on its investment for the fiscal third quarter.

From the archives: Goodbye cable bills, now I get my TV for free

Related: Gen Y money: When it comes to TV, Netflix is all I need

Read more: Streaming wars: How disruptors are shaking up the TV business

Since it launched in November of 2014, Shomi had been in a battle for subscribers with rival streaming services like Netflix and CraveTV, which is owned by BCE Inc. Where Netflix has been investing more heavily in original productions and CraveTV focused more on television, including a library of content from HBO, Shomi tried to stand out by betting on movies and collections curated by humans rather than algorithms.

"The business climate and online video marketplace have changed markedly in the last few years. Combined with the fact that the business is more challenging to operate than we expected, we've decided to wind down our operations," said David Asch, Shomi's general manager, in a statement.

Questions had swirled about Shomi's future ever since Corus Entertainment Inc. acquired the media arm of Shaw Communications earlier this year, but decided not to buy Shomi. That left Shaw's 50-per-cent stake in the streaming service orphaned inside a company that had decided to concentrate on its cable and wireless businesses, and Rogers without a partner willing to invest in growing the streaming service.

A spokesperson for Shaw Communications declined to comment on Monday. But earlier this year, Shaw took a $51-million writedown on the value of its investment in Shomi.

"We evaluated our investment in Shomi on a more, I'll call it, standalone basis and accordingly, we believe it was a more appropriate for us to write down the carrying value of the investment to nil," said chief financial officer Vito Culmone on a July conference call with analysts.

Drew McReynolds, an analyst at RBC Dominion Securities Inc., said in a research note that the investments to date "are not overly material for either Rogers or Shaw."

"Underpinning this decision is likely an uncertain path to sustainable and meaningful profitability for the joint venture, combined with other strategic/balance sheet priorities," he said.

Yet Kaan Yigit, president of Solutions Research, is surprised the service didn't explore a merger with CraveTV to create a single, dominant Canadian streaming service – an idea that was the source of much speculation within the industry. But Rogers doesn't appear to have seriously considered a merger.

A spokesperson for Bell Media, a division of BCE, said in an e-mail, "we'll continue to invest in new CraveTV programming and technology innovation, commissioning more original Canadian productions."

According to Mr. Yigit, Shomi's demise may suggest the Canadian market is "too small" to support Netflix and two domestic streaming services.

"Netflix is kind of the Kleenex of the category now – when people ask what you are doing tonight, you don't say I will stream movies, you say Netflix and chill," he said.

Instead, Rogers is turning its focus to a next-generation IPTV (Internet protocol television) platform that it expects to launch at the end of 2016, which should open up new ways for the company's subscribers to watch video.

"We tried something new, and customers who used Shomi loved it. It's like a great cult favourite with a fantastic core audience that unfortunately just isn't big enough to be renewed for another season," said Melani Griffith, Rogers's senior vice-president of content, in a statement. "We will be reaching out to eligible customers in the coming days."

With files from Christine Dobby and Shane Dingman 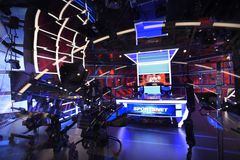 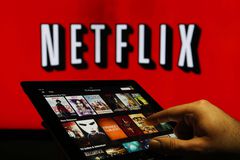