Videotron Ltd. is defending its move to offer certain streaming music services to cellular customers on a data-free basis, arguing it is simply trying to win over young subscribers with an attractive product.

The Montreal-based subsidiary of Quebecor Inc. filed a response Wednesday to two regulatory complaints that were lodged against its Unlimited Music program in September. The service lets users of various premium wireless packages stream music from specific services – such as Spotify, Rdio and Google Music – without making a dent in their monthly data usage.

Videotron said in its filing that a range of "ulterior motives" have been ascribed to what it insists is simply an effort to "make its services more attractive to customers."

"In the present case, Videotron is being accused of everything from blocking competition in the music streaming business, to trying to control access to music content, to creating a two-tiered Internet, to trying to marginalize a part of its own customer base," the company said, adding, "The truth is much less conspiratorial.

"Videotron has observed that the appeal of its wireless services to the key 14-to-34-year-old demographic could be better than it is and the company has found an attractive and innovative way to broaden that appeal."

The company's six-year-old Quebec wireless business has about 700,000 customers and is fighting to steal market share away from the Big Three national wireless carriers. It said its Unlimited Music program is an example of a strategy adopted to help it compete.

Fellow wireless carrier Telus Corp. filed an intervention with the Canadian Radio-television and Telecommunications Commission (CRTC) in support of Videotron, arguing that "offering consumers differentiated services in order to entice them to subscribe to a rate plan is normal in competitive markets where different groups of customers pay different prices depending on their demand for services."

However, CNOC criticized Videotron's requirement that each music streaming service "opt in" to being included in the Unlimited Music program. Some complain this violates the principle of "net neutrality" by favouring a handful of select online music services over others that cannot be used without eating into customers' data plans.

"Videotron is acting as the gatekeeper with respect to the audio services delivered over its wireless network," said Rogers Communications Inc. in its own intervention that emphasized the importance of "ensuring the integrity of Canada's net neutrality rules."

Rogers, which is Canada's largest wireless carrier, argued that the Unlimited Music program is in contravention of a CRTC decision issued earlier this year, ruling against a pricing model that exempted some of the data used by mobile television apps offered by Bell Mobility Inc. and Videotron. Rogers itself offered a similar TV app but changed the pricing model before the CRTC ruling.

Although Rogers does not exempt the cost of data, it, too, wants its customers to stream music – and with some of its high-end plans, it includes free access to Spotify's paid premium product. During a media event last month, Rogers CEO Guy Laurence said this is part of an effort to engage customers with content and encourage increased data use on mobile devices.

A group of Canadian radio operators, which offer online streams of their stations but are not included in the Unlimited Music program, also filed an intervention protesting against the service. Eastlink Wireless and consumer advocacy group OpenMedia.ca filed letters indicating their intent to participate in the proceeding, and Benjamin Klass – a graduate student who started the Mobile TV challenge, which is currently under appeal at the Federal Court of Appeal – also filed an intervention.

The CRTC plans to send Videotron a list of requests for further information and will accept final submissions from all of the participants, but it has not yet set a date for those. 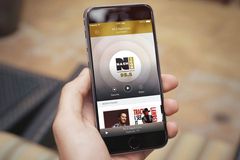 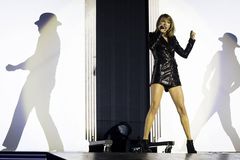