Canadian owners of diesel-equipped vehicles made by Volkswagen AG will share up to $2.1-billion in compensation and be able to sell their cars back to the auto maker under a proposed settlement of a class-action lawsuit.

About 105,000 Canadians who bought Volkswagen or Audi vehicles equipped with 2.0-litre diesel engines between 2009 and 2015 will receive $5,100 to $8,000 in compensation. Those who decide to sell their vehicles back to Volkswagen Canada Inc. will receive such a payment on top of the value of their car or crossover on Sept. 18, 2015.

Owners can also trade their vehicles in or opt to have them repaired.

No money will be paid out or vehicles purchased until the Ontario Superior Court and the Superior Court of Quebec issue final approval of the settlement, which is expected to happen in March, 2017.

The settlement is valued at $2.1-billion if all eligible owners apply and receive the full amount they are entitled to and all eligible vehicles are traded in. It will be among the largest amounts paid out in a class-action suit in Canada.

"That's a huge number," said lawyer Harvey Strosberg, who represented plaintiffs in the case. "It's a watershed moment."

The settlement comes more than a year after the diesel engine scandal erupted. The German auto maker admitted that it had installed so-called defeat devices that enabled diesel engines to pass regulatory emissions tests then disabled the devices during regular use.

The scandal has cost Volkswagen AG about $10-billion (U.S.) so far – not including the amount of the proposed settlement in the Canadian class-action lawsuit – damaged its reputation among consumers and sent sales of its vehicles skidding.

Volkswagen Canada also agreed to pay $15-million in penalties for false advertising in an action brought by the Competition Bureau, which said marketing the vehicles with defeat devices in them as clean-diesel vehicles was false advertising.

But the Canadian actions and the settlement were reached more than six months after U.S. regulators imposed penalties on the auto maker, leading to anger among Canadian owners and questions about whether they would receive the same treatment as U.S. owners.

"There have been expensive repairs and there are going to be more repairs," said Bruce McIvor of Callander, Ont.

Mr. McIvor had been reluctant to drive his white, 2012 Volkswagen Golf in case it became involved in an accident and insurance companies would not pay what he thought was full value.

Pat Grattan of Sault Ste. Marie, Ont., said her family's grey 2013 Jetta sat in the driveway for several months for the same reason.

Ms. Grattan said she and her husband have been waiting patiently for compensation, but "all of our friends have been trading them in."

In addition to the compensation, Volkswagen Canada agreed to pay the fees of lawyers for the plaintiffs.

"Clearly Volkswagen wanted to do the right thing and settle," Justice Edward Belobaba of the Ontario Superior Court told a courtroom in Toronto on Monday.

Those with 2.0-litre engines can opt out of the class-action settlement, he said, and pursue their own lawsuits against Volkswagen Canada.

The company halted sales of diesel models after the scandal became public in September, 2015. Diesel sales represented about 20 per cent of Volkswagen Canada's overall sales when they stopped selling models equipped with such engines.

Volkswagen Canada sales fell 13 per cent through the first 11 months of 2016 from year-earlier levels, compared with overall Canadian sales, which rose 3 per cent in the same period.

General Motors Co will shut five U.S. auto assembly plants for varying durations in January, primarily to cut oversupply of sedans which have fallen out of favor among U.S. consumers.

GM confirmed on Monday information from sources at the United Auto Workers union who said that the five plants will shut.

GM had built up inventory recently and will be cutting back on that supply after the end of the current year. In October when it reported third-quarter earnings, GM said it has increased its U.S. dealer inventory by 111,000 vehicles.

GM at end-November had 84 days of U.S. supply of unsold new vehicles, up from 79 days at the end of October. GM said that days supply figure would "fluctuate before moderating at year-end."

A company spokesman said on Monday that it is targeting about 70 days of inventory.

Several Wall Street analysts, including Brian Johnson of Barclays, have said that if GM plants close to level out its inventory, it would pressure GM shares.

In November, GM announced the layoff of about 2,000 workers with the suspension of third shifts at the Lordstown and Lansing Grand River plants, also in January.

The Lordstown plant builds the compact Chevrolet Cruze, and the Lansing plant manufactures the Cadillac ATS and CTS. Sales of each of those models are down about a fifth from year-ago sales. 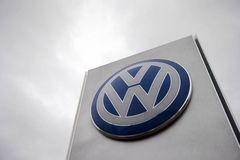 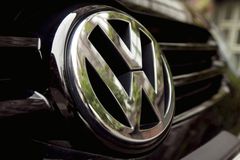 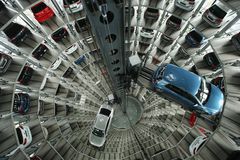