Canadian real estate agents will give up their lock on listings data by the end of the year, paving the way for a proliferation of U.S.-style websites that allow users to browse enhanced listings before buying a home.

The Canadian Real Estate Association has long guarded the data it generates with each sale its 100,000 members close, preferring to drive consumers toward its realtor.ca Web portal to look for listings.

But now, as sites such as Zillow.com and Redfin.com revolutionize the home-buying process in the United States, CREA is aiming to do the same thing in Canada. The organization is in the final stages of developing a program that will allow agents and outsiders the ability to build feature-heavy sites using its data, director Gary Zalepa Jr. said.

Realtor.ca only shows data such as price and room size. The system that powers the site contains other information such as days on market and previous sale prices, but that is not provided to a browser unless they have a real estate agent.

The loosened approach to listings is in response to growing market pressure. But the new program also comes as the Toronto Real Estate Board – the largest board in the country – is engaged an increasingly bitter battle with country's Competition Bureau about the way it prevents its agents from creating password websites where clients can browse more comprehensive listings without help.

"The Canadian real estate industry has spent a lot of effort on keeping that data to itself," said Butch Langlois, chief executive officer of zoocasa.com. "But I think everyone now sees how powerful it can be as a lead channel for the agents who are trying to sell the houses."

Giving consumers more access to data means they can do more of the initial legwork on a home purchase themselves, and opens the door to lower real estate commissions. In the United States, sites that were once feared by the industry have been embraced because they drive traffic toward traditional agents.

The move could also win the association favour with the country's Competition Bureau, which has been critical of the way some of CREA's member boards restrict access to data.

"It's a pretty amazing thing that will be happening," said Zalepa Jr., an agent from Niagara-on-the-Lake who is a CREA director and the chairman of the association's MLS Technology Council. "Whoever receives the feed will be able to layer features on top of it, which is pretty revolutionary."

He said the listings will be opened up in three stages – large brokerages such as Royal LePage and Century 21 will be the first allowed access. Months later, the data will be directed to smaller brokers and ultimately to third parties by early next year.

While almost everyone who looks for a house in Canada uses the realtor.ca hub – it's estimated 90 per cent of the country's sales are originated on the system – American sites such as Zillow have exploded in popularity and have been credited with improving the home buying process by putting more information in the hands of buyers.

When Zillow burst onto the U.S. real estate scene in 2004, it was hyped as a disruptive force that would render real estate agents redundant as consumers used the site's rich data to find and sell their own homes.

But it never had the effect some feared – commissions in the United States are about the same as when the site launched, and Zillow has changed its business model over the years to include real estate agents, who now pay a monthly subscription charge for access and also pay to have their listings featured more prominently on the site.

Investors welcomed the company to Wall Street on Wednesday, with an initial public offering that saw the company's shares rise an unexpected 79 per cent in their first day of trading.

It's all about getting their listings in front of buyers – millions of users browse the site's listings every day. It maintains data on more than 100 million U.S. properties, and also provides estimated sales prices for those curious about their home's value.

The estimation functions have generated the most buzz, and Canadian sites that have tried to replicate the feature have found it too difficult to do without resale data.

"Any Canadian website offering this feature would be flooded with traffic overnight," said Cliff Peskin, a cofounder at buzzbuzzhome.com.

CREA has been quietly working on its plans since its members gave it the go-ahead at its annual general meeting in April. By the end of the summer, the country's big real estate brokerages such as Royal LePage and Century 21 will be allowed to pull data from the Multiple Listing System and place it on their own websites.

Agents aren't completely giving up control – while they will be required to push their listings to the national database, they can opt out of any distribution system. CREA will also be able to decide which sites have access to the feed.

"As a company we already have a treasure trove of residential data," said Phil Soper, president of Brookfield Residential Real Estate Services, which operates Royal LePage. "But with more data we will be able to roll out an enhanced offering to consumers, that's certainly true."

The brokerages already enhance their own listings, making it relatively easy for them to absorb more listings. Century 21, for example, allows everything on its sites to be translated into several languages to make it easier for international buyers to browse the houses its agents are trying to sell.

While some of the country's 101 real estate boards allow brokers access to the data generated by MLS, lack of consistency across the country has dissuaded any large players from trying to create an enhanced listings site to rival the real estate industry's hub. Even under the new plan, brokers can opt out of having their listings appear on any syndicated feeds.

However, there are several companies in various stages of development that hope to fill that niche as the data becomes available. But they face one key challenge – making a profit. Zillow may be hugely popular, but it hasn't found a way to make a consistent profit since launching in 2004. It earned $30-million last year, it indicated in its prospectus, but didn't make any money.

"What you're seeing now is all the smaller sites trying to position themselves to take advantage of the data that will be shared," said Butch Langlois, chief executive officer of zoocasa.com, which has already struck deals to display data from four of the country's biggest boards on its site. "It may be a while before everything is settled, but you're really seeing some interesting changes in Canadian real estate." 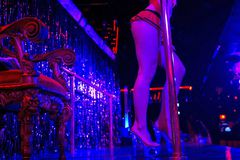 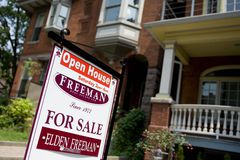