Amidst the oil-price slump battering Alberta's economy, WestJet Airlines Ltd. will suspend some of its regularly scheduled flights from Calgary and Edmonton to divert more of its capacity to Central and Eastern Canada.

Canada's two major airlines have recorded a significant decline in passenger traffic to and from, and within Alberta. Oil and gas spending cuts, increased unemployment and a reduction in the number of people travelling between Atlantic Canada and Alberta for work in the energy sector in the last year have all played a role.

As it unveils its summer schedule, Calgary-based WestJet has announced six fewer flights a day from the Calgary airport to various locales, and five fewer out of Edmonton. With no end in sight to Alberta's economic downturn, the move is part of a broader realignment of Canada's major carriers, which are placing increased focus on international flights and other parts of Canada.

"We are adjusting capacity to where there is more robust demand," Bob Cummings, WestJet's commercial executive vice-president, said in an interview.

"The responsible thing for us to do now is to shift some capacity, at least temporarily."

Mr. Cummings didn't provide detailed numbers on the drop in passenger traffic, but said it has been especially pronounced since November. In speaking with the heads of both cities' airports about the suspension of the flights last week, he told them: "I really hope that we've hit the bottom here."

WestJet's summer schedule will include increasing the number of flights between Toronto, Ottawa and Montreal, increasing the frequency of Toronto-Fredericton flights and Halifax-Ottawa flights. As soon as the first week of March, there will also be more WestJet planes going to destinations in Florida and Mexico. In all of the changes, Mr. Cummings said Albertans will continue to be well-served.

Not only is Alberta's current economic situation grim, there is little hope for a quick turnaround. Few are forecasting the end of low-priced oil in the near term. And WestJet isn't alone in its shift.

Air Canada chief executive Calin Rovinescu said last year that his airline has focused on the growth of its international network to offset "the current economic slowdown in Western Canada." Responding to a drop in demand last fall, Air Canada decided in November to suspend its Edmonton-London Heathrow, Edmonton-Regina and Calgary-Terrace, B.C., routes "to better reflect current and projected demand," according to a spokeswoman.

Other air industry players have changed, too. When oil prices were high, charter airlines could barely keep up with the demand to fly workers into Alberta from other Canadian cities such as St. John's, Fredericton, Kelowna, Kamloops and Vancouver.

But that type of cross-Canada charter service has seen rapid declines in the oil rout. For instance, there used to be 14 charter flights from Moncton, N.B., into Alberta's oil sands region every week, according to Scott Clements, president and chief executive officer of the Fort McMurray Airport Authority. Now there are none.

The steep drop in the number of charter flights bringing workers to and from oil sands project sites in Fort McMurray has actually helped mitigate losses to the airlines' Alberta business. As the charter flights have been halted, carriers such as WestJet have benefited from picking up the transport of the workers still travelling to the province on the oil companies' dime.

But that still hasn't stopped both WestJet and Air Canada from reducing the number of flights to and from Fort McMurray – which was, until recently, Canada's fastest growing airport.

In 2012 and 2013, Fort McMurray's airport average annual passenger traffic growth rate hit an astounding 25 per cent. In 2014 – the year the new $250-million terminal opened, and oil prices began to drop – that growth rate slowed to 9.5 per cent.

In 2015, total passenger traffic dropped 16 per cent. Charter flight traffic decreased by more than 50 per cent. To help make ends meet, the airport authority had to lay off about 85 employees – mostly custodial and security staff who were replaced by contract workers.

"This region is a one-industry region, as everyone knows," and oil prices are weak, Mr. Clements said.

"The oil companies have been losing money fairly heavily, and have taken very significant action to reduce their costs."

On the positive side, he said, the airport's cost to complete its long-term plan, and extend the runway and expand the terminal, will likely be less than expected. The projects will also provide much-needed construction jobs in Fort McMurray.

"The industry is very hungry." 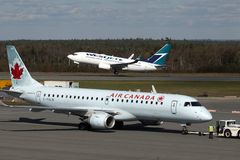 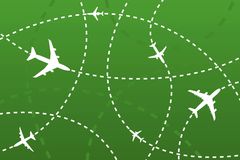 WestJet vows to compete with new rival NewLeaf on fares, not added fees
May 16, 2018 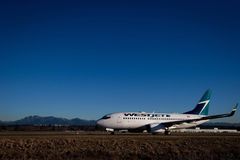