Eataly, the international Italian food emporium that blurs the line between supermarket and restaurant, will open its first Canadian store in Toronto next year in partnership with the Weston family.

Oscar Farinetti, Eataly's founder, co-owner and chairman, said a location in central Toronto has been found and that the Westons would have 52 per cent of the real estate and retail project, with Eataly taking the rest. "We've been looking for a location for a long time," he said after giving a talk last week on Eataly at the American University of Rome. "It's coming for sure."

Neither George Weston Ltd., the controlling shareholder of the Loblaw supermarket chain and Shoppers Drug Mart, nor Wittington Properties Ltd., Weston's real estate division, would comment. Mr. Farinetti said he could not remember the precise location of Eataly's Toronto store, though it is known that Eataly and Weston have looked at locations near the Holt Renfrew store in Toronto's Yorkville area. Holts is owned by the Weston family.

The partnership with Eataly appears to be the Westons' response to the upscale food trend in Canada, where Pusateri's, Whole Foods and other sellers of gourmet and health foods are expanding.

By opening in Toronto, Eataly hopes to build on the phenomenal success of its 50,000-square-foot store in lower Manhattan, which opened in 2010, attracted lineups for weeks to get into the store and generates more than $85-million (U.S.) a year in sales. Since then, Eataly has opened a store in Chicago and will open outlets in Boston and Los Angeles. A second Manhattan store, in the Freedom Tower of the World Trade Center, is also coming.

Eataly also has dozens of stores in countries such as Japan, Brazil, Dubai, Turkey and throughout Italy, where the first Eataly opened in Turin in 2007. Before launching Eataly, Mr. Farinetti, 62, was the driving force behind the UniEuro electronics chain, which he sold in 2003 for about €500-million ($720-million Canadian) after opening 150 stores in Italy.

Eataly is a novel concept in the supermarket industry. Mr. Farinetti's idea was to combine a traditional-style Italian food market with restaurants where customers could shop and dine on the same visit. In the Italian stores, most of the food items are nationally or locally produced to ensure freshness, support local farmers and minimize transportation costs and carbon footprint. Prices tend to be higher than in regular supermarkets, but Eataly claims the quality is higher. The fruit, vegetables and fish are seasonal and there are no frozen items.

"Teaching people to eat well should not be a luxury," Mr. Farinetti, a "slow food" advocate, said during his university talk.

Eatalys make their own pizza and bread in wood-fired ovens, mozzarella using local milk, and brew craft beers. The sleek Rome Eataly, the biggest in the world, houses 15 open-concept restaurants and bars, including a gelateria and two cafes, that are placed near the parts of the store that sell particular items. The selection of Italian wine, beer and olive oil is expansive.

Eatalys also include education areas, where everything from cooking classes to lectures on sustainable agriculture are held.

Weston has been studying the Eataly concept since 2009, two years after the Turin store opened. Back then, Mr. Farinetti talked about his desire to open a store in Toronto but did not know the Canadian market, barely spoke English and lacked a partner who could develop a Toronto location. He has been working with the Westons since at least early 2015.

Local partners are essential to the Eataly concept since Mr. Farinetti is not a real estate developer. Almost all Eatalys are redevelopments of old, centrally located buildings, some of which have historic value. The Turin outlet is in a former Vermouth factory. The Rome Eataly is in an enormous air terminal building that closed 20 years ago after operating for only 37 days. "We don't create buildings," Mr. Farinetti said. "There are six million empty buildings in Italy and some are very good buildings."

In Toronto, the competition among retailers of expensive, high-quality food is heating up. Whole Foods, with 10 stores in Canada, plans to open 40 more in the coming years. Pusateri's has four standalone stores in Toronto and nearby Oakville, and has formed a partnership with Saks Fifth Avenue, owned by Hudson's Bay, to put food halls in Saks's new Canadian stores. 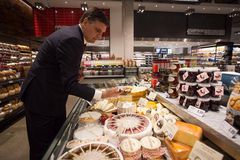 Eataly eyes Toronto for its first Canadian location
May 27, 2015 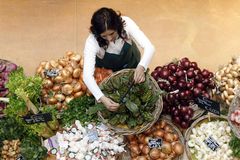 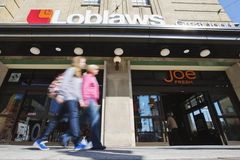