By the time David Woodward shipped the finished products to more than 600 financial backers around the world, some had already forgotten about the self-watering planters they had supported four years ago through Kickstarter's online crowdfunding platform.

"But they were happy to hear that they were finally going to get the product," says Mr. Woodward, president of Vancouver-based Patch Planters Ltd., which he took over last year after a chance meeting with the creator of the original product.

"Of course, there were also a lot of very upset people, including some who thought the whole thing was a scam, so we made sure they understood that we really do have the product and that we were sending it to them," he said.

Until this year, Patch Planters was among the thousands of crowdfunding campaigns that meet or exceed their funding goals but fail to deliver the rewards promised to their backers. While there are no aggregate statistics for the crowdfunding industry, a 2013 study by a professor at the Wharton School of the University of Pennsylvania found that close to 10 per cent of Kickstarter projects did not fulfill their obligations to backers.

In many cases, failure to deliver within the timeline set out during the campaign may simply mean a delay in manufacturing or shipping. But in other instances, the absence of a finished product means the project – and the company behind it – is dead, dead, dead.

"Most crowdfunding creators are good people who want to provide the best product and experience to their backers," says Leigh Lepore, chief executive officer and founder of Crowdfunding Strategy and Information, a crowdfunding marketing and consulting firm in Denver, Colo. "But sometimes they run into issues with technology and design, and some even end up having to go back and re-create their product's design."

Poor planning and lack of knowledge about manufacturing and order fulfillment are among the common causes of project delays or failure, says Julio Terra, director of technology and design at New York-based Kickstarter PBC.

"Creators have amazing intentions but don't always necessarily know yet how to design for manufacturing, or how to properly or accurately estimate how much their product will actually cost to make," he says. "The world of manufacturing is so complex that they might not know how to engage a factory, and to determine important details like what is the minimum number of units they need to produce to break even."

So where does this leave backers and their money? Nowhere, for the most part. Unless the campaign creator decides to refund their money – which happens only about 15 per cent of the time, according to the Wharton School study – most backers are left with nothing and have little or no recourse for getting a refund.

Media reports have highlighted a few product-launch failures that were either investigated by legal authorities or that faced lawsuits by backers. But these occurrences aren't common, says Mr. Terra.

In recent years, a number of crowdfunding platforms have put in place measures designed to protect backers. For example, both Kickstarter and San Francisco-based Indiegogo Inc. have "trust and safety" teams that monitor campaigns for fraudulent activities or behaviours that violate service agreements.

Within the past year, Indiegogo introduced two policies to help keep campaign creators accountable to their backers. The first is a requirement that creators update their backers every 30 days on the progress of their project. The second gives Indiegogo the right to bring in a third-party collection agency to reclaim funding from campaign creators who violate the platform's service agreement.

"Ultimately, this is all about Indiegogo ensuring that everyone on the platform has a rewarding and high-quality experience," says Indiegogo CEO David Mandelbrot. "This is why we work so hard to strike that important balance between helping entrepreneurs and protecting backers."

Another crowdfunding platform, GoFundMe, which specializes in charitable fundraising, now provides donors with a money-back guarantee of up to $1,000 (U.S.) per campaign in seven countries – including Canada and the United States – in cases where the funds were not delivered to the beneficiaries named in the campaign, or where a campaign is intentionally misleading or misrepresented.

Kickstarter and Indiegogo have also added resources to improve creators' chances of delivering their products. Both offer programs that connect creators to experts in areas such as product development, manufacturing, logistics and marketing. Both sites also have repositories of articles, Q&As and other educational materials useful to entrepreneurs.

But even with all this support, many campaign creators will struggle – and fail. Ms. Lepore says it's important to have a communication strategy throughout the campaign life cycle, and to keep talking to backers even when things go wrong.

"You need to be candid and transparent, and if there is a problem, you need to acknowledge it," she says. "Even when there isn't any new information to share because you're still looking for a solution, it's important to let your backers know that you are looking into the problem and that you will get back to them shortly with an update."

But what if there's no viable solution in sight and the creators decide to abandon the project?

"It might help ease backers' frustration if you write out specifically how their funds were used," suggests Ms. Lepore. "People will know you did try – you had a plan and you implemented what you set out to do, but you ran into insurmountable challenges."

Mr. Woodward says creators need to be realistic with their plans in the first place. Entrepreneurs are often too optimistic and, consequently, some will set out unrealistic timelines for their project. "As a business owner, you should consider that not everything will go as planned," he says. "Build in a bit more time into your timeline."

Mr. Terra at Kickstarter suggests adding two or three months to a campaign's delivery schedule. "If all goes well you'll end up delivering the product early," he says.

For creators who fail to deliver on one project, Ms. Lepore offers one additional piece of advice: Don't let this be the end.

"Failing in one campaign doesn't mean you can't do another one in the future," she says. "And if you treated your backers respectfully and communicated with them openly, they might even support you in your next campaign." 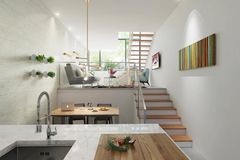 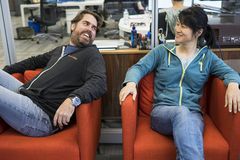 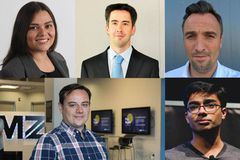 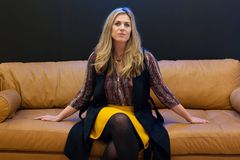