Over the past few years, I have been lucky enough to hop on board some amazing bikes, ranging from big Swiss and Chinese brands to artisanal Canadian builders. I have ridden Cervélos through the Pyrenees, a Scott Solace in Switzerland, a titanium No. 22 through the Niagara Escarpment, a Giant TCR in the Alps. I have learned many things from these bikes, mainly that I am an enthusiastic but essentially talentless rider on whom such beautiful machines are mostly wasted. Me struggling up Alpe d’Huez in France on a Cervélo R5 is perhaps the greatest disparity between talent and technology since Donald Trump met Twitter.

Having said all that, I can also report that, despite my inability to appreciate the nuances between a $14,000 bike and an $11,000 bike (and I bet most of you can’t tell either), I can differentiate between those bikes and the bike I ride at home, a sturdy and loyal 12-year-old steel Specialized, which begs the question: What precisely are the differences between a decent bike and a high-end bike?

Well, good luck with figuring that out, because this question is the DMZ of the bike industry, the De-Monetized Zone where price does not necessarily correspond to value. Make no mistake – a $12,000 Specialized S-Works road bike with a Dura Ace group set (the drive train, shifters and brakes; in other words, the parts that make you go and stop) is a gorgeous and responsive machine. But in what way is that a better bike than a $9,000 titanium No. 22 without electronic shifting? Or in what way is either of those bikes a lesser bike than a $15,000 Trek with so many bells and whistles that the only thing it actually does not have on it are bells and whistles? 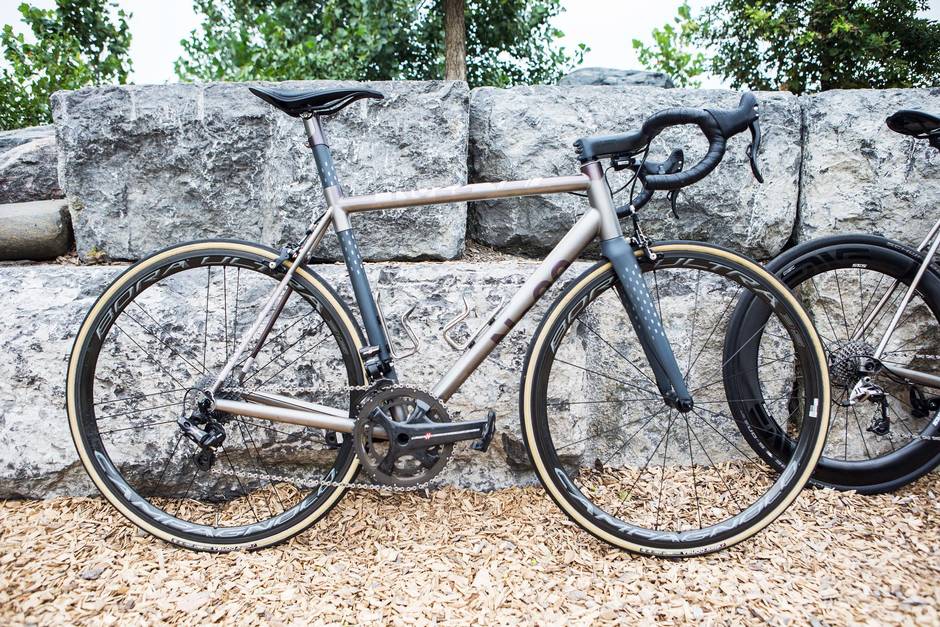 Toronto-based No. 22 launched with a run of 15 bikes. The manufacturer now creates about 300 machines a year, with prices ranging usually from $6,000 to $9,000. (Jennifer Roberts/The Globe and Mail)

The high-end segment accounts for less than 10 per cent of the bike market, estimated to be about $620-million in annual sales in Canada, and there is no one in the industry who can even really say what exactly is a high-end bike and what isn’t. I asked Mike Smith, the co-owner of the gorgeous No. 22 titanium brand (a Toronto-based artisanal builder), what constitutes a high-end bike in terms of price and build, and who buys them?

“Good question,” he said. “I often wonder who those people are who spend $15,000 on a bike, and the truth is that there is no single demographic. There are people who are super passionate and/or who have the means. Some people just want the best.” To Mr. Smith, the “sweet spot” for bikes in general is around $2,500, meaning for that amount average riders will get pretty much all the bike they’ll ever need. After that, it becomes about the law of diminishing returns, the fulcrum point of which, for ultra-high-end bikes, probably tips over around $10,000. “After that,” he says, laughing. “You’re really starting to pay a lot of money for marginal gains.”

Cliff Vallentgoed, owner of the small but popular Redbike shop in Edmonton, says, “We have many clients, many, whose bike is worth more than their car. Spending a ton of money on a bike means cycling is a huge part of your life. We sell plenty of road bikes,” he adds, “that are well over $10,000 and they’re not even fully kitted out. The industry is so good now at specifically targeting the tastes and needs of individual riders.”

The high-end market has changed dramatically in roughly the past decade or so, with the two major advances of the last generation (carbon fibre frames and aerodynamic engineering) trickling down from the pro ranks to the average rider. This means manufacturers such as Trek, Giant, Specialized, Cervélo, Colnago, BMC, Scott, and so on, are testing the price waters of what the market will bear. They are all making uniformly excellent bikes in the high-end range. But whereas even a decade ago it was rare to see a bike at more than $10,000, now, says Mr. Smith, “Most of those manufacturers have numerous bikes over that price. Which is extreme in some ways, but in other ways it’s been great for the bike market, because all the engineering and technology has trickled down.” 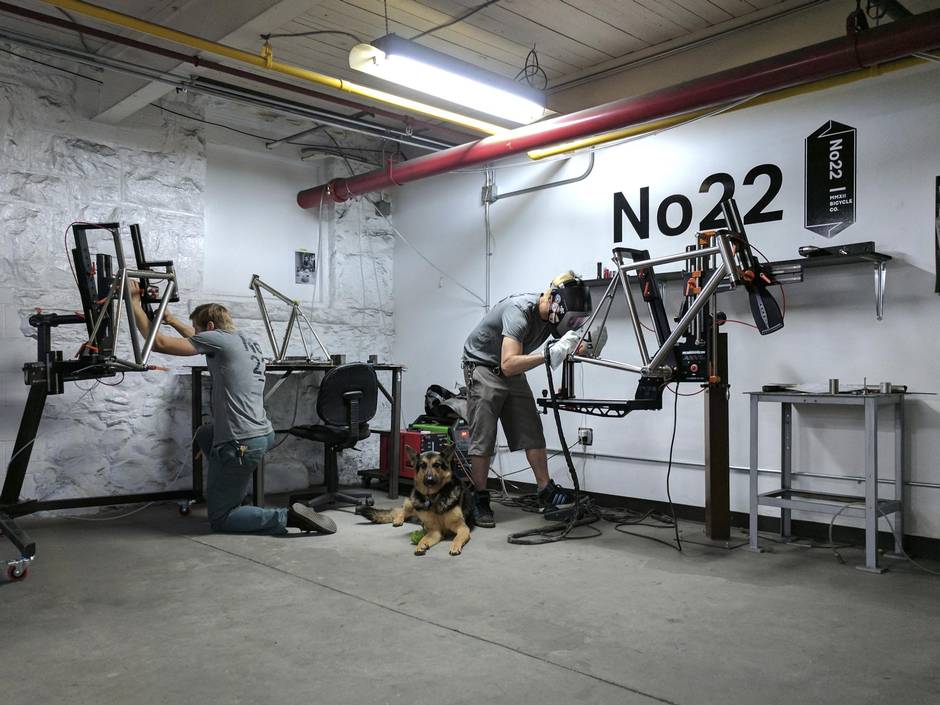 Perhaps the most interesting development in the high-end market, however, is not coming from the majors, but the minors. “I would call it an artisanal movement,” says Mr. Vallentgoed. “So many millennials are into making their own stuff, at home, in their garage, eking out a living. Buying something that’s beautiful and functional is what starts moving you in to that high-end, artisanal quality. The industry has benefited from this. Bikes like Soma and Breadwinner. No. 22 is a great example. They’re doing lovely bikes and have really evolved into a coveted brand. Bike nerds are aware of them.”

This speaks to how Mr. Smith and his business partner, Bryce Gracey, founded No. 22. Mr. Smith spent 10 years in bike shops, working in Toronto and Hamilton, racing when he could, until he got “sidetracked” with law school and an MBA. Seven years ago, he wanted a bike for a cross-Canada ride that was durable and had a classic appeal, one built from titanium, a frame material that has unique comfort and responsive ride properties. He and Mr. Gracey put together their first No. 22 (titanium’s number on the periodic table) from that premise – to build a bike they wanted to ride. Their first run was 15 bikes. Today, with an annual output of 300 bikes, their customers are going to spend anywhere between $6,000 and $9,000 to get a No. 22.

“Not crazy expensive,” says Mr. Smith. “But that’s because we build out bikes the way we would for ourselves, meaning we don’t spend money just to spend money. When you get to things like the group sets, the price differential is huge for what are really tiny gains in performance.” 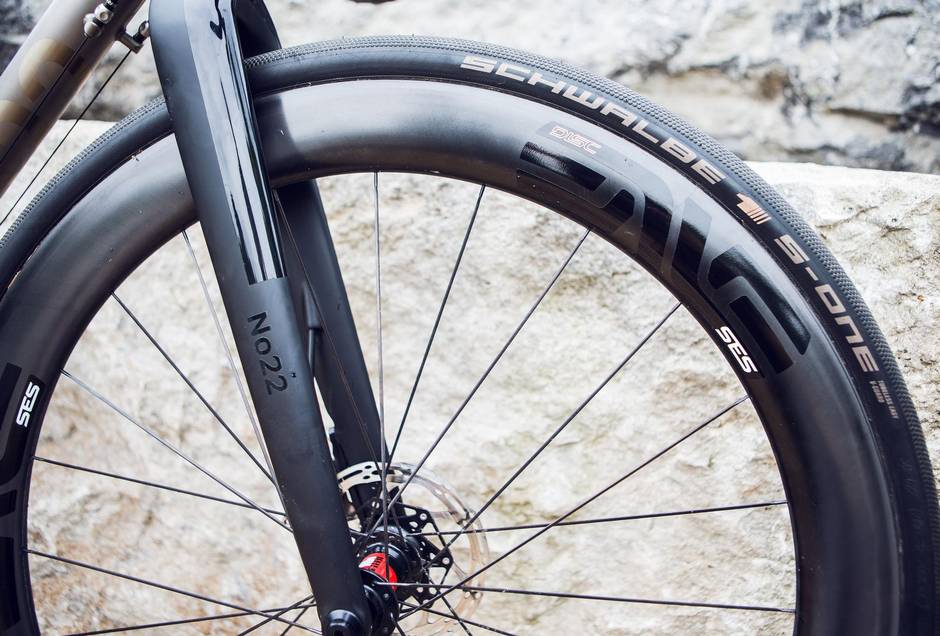 No. 22 is among the artisanal companies making hand-built bicycles. Luxury bikes account for less than 10 per cent of the overall bicycle market. (Jennifer Roberts/The Globe and Mail)

The bicycle remains one of the world’s greatest inventions, a piece of poetry made real. I asked both Mr. Vallentgoed and Mr. Smith how they thought the bicycle, and the high-end market, might evolve.

“Even from one year to the next,” says Mr. Vallentgoed, “it’s hard to predict. But right now I’d say the industry is mostly looking for ways to innovate to turn non-riders into riders. That probably means more and more electronic bikes.”

For his part, Mr. Smith figures the continuing price escalation appears to be running out of steam. “The law of diminishing returns can only go so far,” he says. “But for us it’ll mostly be about continuing to explore what titanium can do. The biggest difference is that titanium just feels so alive under you, compared to carbon fibre. To me, it’s kind of like the difference between the sound of a digital keyboard and a piano. You want to feel the soul of the bike under you.”

That might just be the best description you’ll find of what a great bike will bring you and why people are willing to pay so much for one. It’s a tickle of the ivories. A reverberation in your bones. A little bit of soul on the move.