The Harper government refused to offer a bailout for struggling Nortel Networks Corp. after concluding it was just a badly managed company without a viable business plan, rather than a linchpin to a key industry.

In meetings with government officials from October to December last year, Nortel executives tabled a series of dramatically different business plans that would require hundreds of millions of dollars in federal assistance. But in the end, neither the Harper government nor the company's own board would support them as viable, sources said on Wednesday.

According to government and industry insiders, Nortel executives argued the company's failure would afflict Canada's tech sector - but they were unable to muster industry allies to make the case. Officials suggested they get other Canadian tech firms to lend their muscle to the lobby, which would argue that Nortel was a victim of a suffering industry, but a flagship to be saved.

Nortel didn't get much support for its argument, said one source close to the discussions.

After announcing it would join the United States in bailing out General Motors and Chrysler, the Harper government made it clear that no such assistance would be provided to Nortel, sealing the board's decision to seek bankruptcy protection.

"The bottom line [is]they weren't interested," said a source involved close to the discussions. "They saw the company as toxic."

Now, a bidding war has erupted for Nortel's key assets. According to people familiar with the process, Swedish-based Telefon AB LM Ericsson made a $730-million (U.S.) bid for key assets that are also coveted by Nokia Siemens Network, a Finish-German joint venture, and U.S. private equity firm MatlinPatterson.

Waterloo, Ont.-based Research In Motion Ltd. added to the drama earlier this week when it slammed Nortel for blocking its planned bid, while calling on the government to intervene to secure a Canadian solution.

RIM's last-minute public barrage has prompted critics to question the government's handling of the Nortel affair.

Industry Minister Tony Clement said he would be concerned if the bankruptcy court imposed "procedural difficulties" that effectively blocked a RIM bid, but that it was not the government's role to determine the successful bidder.

The bankruptcy auction resulted after Nortel failed to fashion a business plan to remain a standalone company that satisfied the government or its board.

The company was given ample opportunity to state its case for assistance.

In October, during the election campaign, Nortel executives met with senior bureaucrats from the Industry and Finance Departments and the Privy Council Office, the central government department that reports to the Prime Minister.

In November, only two weeks after Mr. Clement was shuffled to the Industry portfolio, Nortel chief executive officer Mike Zafirovski met the new Industry Minister and Finance Minister Flaherty - meetings that were followed with several sessions with officials and at a Jan. 6 meeting with Mr. Clement, Trade Minister Stockwell Day and Transport Minister John Baird, the government's lead minister for the Ottawa region, according to registrations with the Commissioner of Lobbying.

However, the government concluded that the Canadian high-tech sector could remain healthy with a foreign company owning key Nortel assets and promising to maintain jobs and investment here. Any deal over $600-million (Canadian) would be subject to review under the Investment Canada Act.

Liberal Leader Michael Ignatieff said the government is allowing important Canadian assets to fall into foreign hands, something European governments would never allow to happen to companies such as Nokia and Ericsson.

"At a time when they were rescuing GM and Chrysler, they didn't ask the simple question: Could we restructure Nortel to preserve the enormous intellectual property and research capacity in Canada," Mr. Ignatieff said Wednesday. "It's a huge loss, and it means a leading Canadian player - RIM - is going to be faced with competition from intellectual property that was originated in Canada and is now being sold to foreign companies."

However, the Harper government argues that there is a clear difference between the auto company bailouts and Nortel's situation.

The collapse of GM and Chrysler could have dragged down an entire industry, Prime Minister Stephen Harper has argued. And the decision by the U.S. government to intervene forced Canada to either provide its proportionate share of the bailout or face the loss of thousands of Canadian jobs to GM and Chrysler plants south of the border.

At a committee hearing in June, Nortel CEO Mike Zafirovski acknowledged the government believed Nortel's problems were more contained. Nortel's "specific ask" from Ottawa was denied because the government saw its problems as "company-specific," rather than "industry-specific," he told MPs.

Company spokesman Jay Barta declined to comment on the company's discussions with the government.

This spring, a group of former Nortel executives tried again to get the federal government to launch a rescue bid, though not a direct bailout.

Led by former Nortel CEO Robert Ferchat, the group lobbied key government ministers to support a made-in-Canada solution to Nortel's restructuring and to launch a multibillion-dollar program to build high-speed Internet networks to stimulate sales for the high-tech icon.

In May, Mr. Ferchat met with Mr. Baird and had phone conversations and e-mail exchanges with Mr. Clement. Neither minister indicated any desire to pursue a Canadian solution, a view Mr. Ferchat saw as shortsighted. "You've got to have some sense of purpose that this is too important to let go," said Mr. Ferchat, who led the company in its glory years.

He now supports RIM's last-ditch bid to purchase key Nortel assets. "There's enough evidence to suggest that high tech seems to confuse [ministers]and they don't look at the quality of jobs. They don't seem to appreciate that high tech really means better-quality jobs - ones that create other jobs and exports." 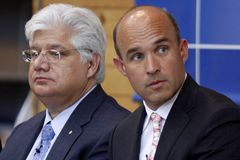 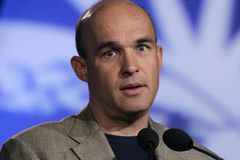