David Waserman has been an insurance broker for 17 years – long enough that he could usually eyeball a consumer's information and know roughly how much they were going to have to pay for auto insurance.

So when he started paying close attention to InsuranceHotline.com, he was confused. The site touts itself to consumers in advertising as: "Your search engine for the lowest insurance rates."

But he knew this wasn't the case.

Insurance Hotline claims to find the lowest rate on offer from its large network of insurance professionals by having consumers spend 10 minutes filling out forms, then running it through a database of more than 30 insurers. Brokers pay the site for links to prospective customers, which are called "leads."

But after Mr. Waserman joined the service, something didn't seem right.

"I saw some leads come in where something looked really out of whack," Mr. Waserman said. He was being sent leads, or potential customers, who he knew could get a cheaper rate elsewhere, from insurance companies that he didn't happen to deal with.

"You, the consumer, enter all your information. You're told $6,000 is the lowest price. They give you three [quotes] allegedly the three lowest," Mr. Waserman said. "But when I enter it on my system, I see that there's at least one quote for $4,000 out there for you."

But he hadn't merely stumbled on a glitch in the website. What he had unknowingly uncovered is another crack that is opening up in the regulatory oversight of Canada's insurance distribution system. InsuranceHotline.com is not a broker, nor an insurer, and is therefore not subject to scrutiny from the provincial authorities who preside over the insurance industry.

Consumers who trust that the site is giving them the lowest rate may be disappointed, and may end up paying more for insurance than they have to, Mr. Waserman said. "If it's your first insurance [policy] you're probably more likely to be susceptible to that," he said.

Quotes and other insurance coverage information provided to consumers by unregulated and unlicensed intermediaries is beyond the reach of regulators.

Perplexed, Mr. Waserman started doing some research. Of all the leads that he received from the website in the month of June, as a sample, he figures that one in four were not giving the consumer the lowest price they could possibly receive.

Frustrated, Mr. Waserman refused to pay for leads where his price wasn't the lowest, and he put in calls to Ontario's insurance watchdogs. The leads, he felt, were no good to him because the consumer would quickly realize they could get a better price elsewhere and would become frustrated with him.

Regulators looked at the matter and said because the website isn't providing "binding" quotes, it's not actually selling insurance, it's just linking buyer and seller – despite its advertising claims to the consumer about offering the lowest price in the market.

Insurance Hotline did not give Mr. Waserman a refund for his leads, saying it merely connects consumers with the broker who is offering them the lowest insurance quote in the market. Andrew Wicken, general manager of InsuranceHotline.com, said in an e-mailed statement that, while the website's network "provides consumers with a relatively broad view of the market and an excellent tool [or]opportunity to lower their rate, it does not include every insurance company" in the market.

"For example, Belairdirect, TD Insurance, Allstate and Co-Operators are all companies that are not part of the InsuranceHotline.com network," Mr. Wicken said.

Mr. Waserman has not used InsuranceHotline.com since June, and the company has sent his brokerage's account to collections for non-payment.

Complicating the problem is another issue: Insurance brokers aren't required to offer consumers products from a broad range of insurers, and frequently they deal with only a few.

In addition, brokers who participate in the Insurance Hotline service can pick and choose which companies and which locations they want to receive leads for. (Brokers might have a number of different reasons for only wanting to deal with a specific company, or a couple of companies, including incentive payments that those insurers might offer for a certain sales volume.) "All of this means that consumers occasionally receive quotes – and participating brokers occasionally receive leads – that may not be the lowest available in the entire market for a given driving profile," Mr. Wicken said.

"This dynamic is well understood by all of our participating brokers and it is worth noting that DMW Insurance [Mr. Waserman's company]is the only brokerage to date who has logged a complaint of this nature with us," he said.

Tim Goff, manager of complaints and investigations at the Registered Insurance Brokers of Ontario, said that RIBO looked into the matter but cannot comment due to confidentiality.

The Financial Services Commission of Ontario has also looked at the website and did not take action because the quotes weren't binding, even though consumers are still exposed to potentially paying more than they have to for insurance.

Watchdogs also suggested this issue isn't part of their purview because, as a website without a broker licence, InsuranceHotline.com doesn't fall under their rules.

InsuranceHotline.com is not the only website designed for consumers who want to comparison shop for insurance. It boasts that, unlike many of the sites it competes with, it is not tied to a certain broker or agent and is therefore able to steer consumers to the lowest rates.

"Most websites offering 'comparative insurance quotes' are owned by or affiliated with insurance brokers or agents (even if they don't draw attention to this fact) and are therefore only capable of quoting rates from the limited number of insurance companies they represent, typically no more than four or five," it says on InsuranceHotline.com.

The site, which uses the same rate software the majority of Canadian brokers use, Compu-Quote Rating Services, says that most rate discrepancies are the result of the consumer typing incorrect information into the online forms.

"For example, many car models are similarly-named; Nissan Altima vs. Nissan Altima SE. This discrepancy can lead to a considerable difference in rates," the site says.

Whether InsuranceHotline.com is always providing the lowest quotes to consumers or not, what Mr. Waserman's complaints have uncovered is that the Internet has led to the creation of a new and murky part of the insurance system: one that's operating without regulatory oversight.

"No one is looking at these people," Mr. Waserman says. 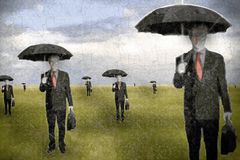 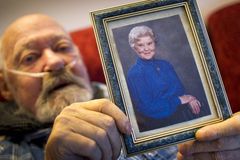 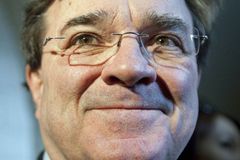 Banks won't lead way on fixing debt problem: TD's Clark
December 15, 2010
How small-time auto insurance scams have evolved into big business in Canada
December 27, 2010
Follow Tara Perkins,  on Twitter @taraperkins
Report an error Editorial code of conduct
Due to technical reasons, we have temporarily removed commenting from our articles. We hope to have this fixed soon. Thank you for your patience. If you are looking to give feedback on our new site, please send it along to feedback@globeandmail.com. If you want to write a letter to the editor, please forward to letters@globeandmail.com.
Comments