Listening to Ian Greenberg during Astral Media Inc.'s last conference call, one couldn't help but feel for the 70-year-old businessman who has headed the Montreal company for "16 years of profitable growth."

"We are still committed to see if there's a way to complete this transaction," he said impassively of BCE Inc.'s offer to acquire Astral. The Canadian Radio-television and Telecommunications Commission blocked the $3-billion deal, citing excessive market dominance.

The irony is not lost on the Greenberg family. This is the sale Ian Greenberg never wanted. This is the botched BCE acquisition that could lead to the dismantling and dispersion of his life's work.

Mr. Greenberg briefly alluded to the pressure his extended family put on him during the CRTC hearings in Montreal. "A decision to sell is obviously very complex," he said.

"This company was started by four brothers. Two of the brothers have deceased, so we are dealing with two families and two brothers alive, and I think it was based on approaches I have had from the other two family members that they decided it was time to sell and came to see me about the possibility."

As euphemisms go, however, this was a remarkable one. Led by Stephen and Sidney Greenberg, Ian's nephew and remaining brother who both sit on Astral's board, the family threatened to remove Astral's president and CEO if he didn't agree to sell the company, according to sources. And it controls enough votes to force him into retirement.

This family feud is no game show.

Through a dual-share structure, the family controls close to 64 per cent of the votes of the Astral empire through Abgreen Holdings, which is equally owned by the estates of the late Harold and Harvey Greenberg, as well as by Ian and Sidney Greenberg. With only 16 per cent of Astral's votes, Ian Greenberg was – and remains – outnumbered.

Greenberg family members have long wanted to cash in their shares, which have tripled in value since the turn of 2000. But in the past two years, they have grown increasingly impatient.

Like the late Ted Rogers, whom he admired, Ian Greenberg saw himself working long past his 70 th birthday, which he celebrated last June. He wanted to see Astral's stock rise above $60, according to a source. But his family saw an aging CEO with no heir apparent among his three children – though many nephews work or have worked in different capacities for Astral.

Chief among the pretenders was Stephen Greenberg, son of Harold Greenberg, the former Astral CEO who died in July, 1996, of pancreatic cancer.

Ian Greenberg took over from his older brother. And one of his first decisions in the bid to transform Astral into a pure media play was to sell the distribution division, where Stephen Greenberg worked. Stephen, who later co-founded his own film distributor, Incendo Productions, came back to Astral in 2005 when he was elected to its board.

According to sources, Stephen, now 57, believed he would succeed Ian Greenberg. Astral's CEO had publicly stated however that the Greenberg name alone would not suffice. "If nobody is strong enough in the family, it will be a professional manager," Ian Greenberg said in an interview in 2007.

The board concurred. In December, 2010, it named Jacques Parisien, Astral's long-time radio boss, executive-vice-president and chief operating officer. "I don't think it's a coincidence that the family started pressuring Ian right after that," says a former Astral executive.

Stephen and Sidney Greenberg did not respond to interview requests. Ian Greenberg and Jacques Parisien declined to be interviewed.

Astral's 50th anniversary added oil to the fire, according to an Astral insider. During the party held on Sept. 15, 2011, at the Tohu in Montreal's circus district, videos focused on Ian's work, overshadowing Harold's contribution and making little mention of Sidney's mostly figurative role in the out-of-home advertising business. "Stephen and Sidney were infuriated," this insider recalled.

The transaction between Astral and Bell might have borne the code name Annabella, a reference to Bell and to the four brothers' mother, Annie Greenberg. But as Ian no longer speaks to his brother Sidney and his nephew Stephen, the imperilled BCE transaction is far from a manifestation of family spirit.

Since the media regulator's refusal to sign off on Bell's acquisition, family pressure to sell Astral has not relented. Clearly, the family is not appeased by the prospect of the $150-million reverse-breakup fee that Bell would pay Astral if the communications giant fails to obtain regulatory approval.

But as much as Ian Greenberg apparently resents his family for forcing his hand, salvaging the BCE transaction – on a more modest scale – represents his best chance of watching over his company. He would at least gain a seat on BCE's board – a prospect that is far from assured if the deal fails and Astral is fed bite-sized to Canada's media giants.

For a man who could pocket millions but who could lose his life purpose, having a say on Astral's future means everything. 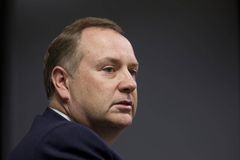 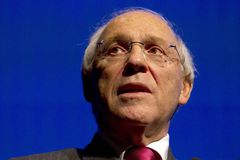 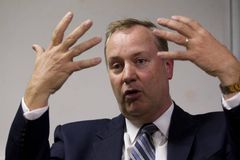 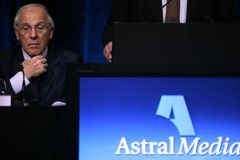 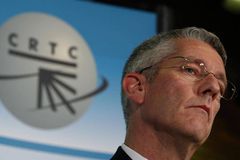