A man dressed in pristine white and served by a resigned, glum assistant touts the technological prowess of his district. He exhorts others to love their labour, and to glorify their dystopian nation.

The video – part of a series called District Voices on the fictional state-controlled Capitol TV channel – is not just another cog in the vast marketing machine of The Hunger Games film franchise. It is also an attempt by Google Inc. to expand the relationship advertisers have with its video platform, YouTube.

The series is a partnership between Google and film studio Lions Gate Entertainment Corp. All of the five videos released this week star YouTube "creators." The man in white, Derek Muller, is a frequent contributor who creates videos about science. Mr. Muller shared the Hunger Games video with the more than 1.9 million subscribers on his Veritasium YouTube channel. The participating creators have a combined subscriber base of 4.9 million people, the kind of viewership that makes TV advertisers salivate.

Google is working harder to connect brands to these creators, who have become celebrities among their niche audiences. And that does not always involve a direct partnership with Google. Sometimes, advertisers such as General Electric Co. or retailer Aéropostale Inc. are teaming up with creators directly, either to have them star in advertising, or to integrate brands into the videos they make. GE did that with creators AsapSCIENCE in a video about 3-D printers, for example.

If advertisers decide to buy advertising on YouTube to further promote those videos, Google makes money. But that does not always happen. So why put all this effort into making those connections?

"Once these brands realize the power of some of these creators, and the fan bases, and the followers they attract, they realize that YouTube is a great place to reach consumers, and it anchors them there," said Kathryn Friedrich, the global lead for content commercialization at Google. "… Brands are comfortable and confident that it's a place that they should be."

Building advertisers' attachment to the platform is important. As prevalent as online video advertising is, it's still in its infancy. In Canada alone, digital-video ad spending is set to hit $254.7-million this year, an increase of more than 50 per cent from last year, according to research firm eMarketer. It estimates that spending will grow to almost $490-million within four years. And yet the current level represents just 7 per cent of all digital ad spending in this country. Considering how attractive digital video is to an increasing number of marketers, there is a lot of room to grow – and plenty of ad dollars to fight over.

But YouTube is facing increasing competition in that fight. In recent months, Facebook Inc. has stepped up its outreach to advertisers to promote its video platform. While many already use Facebook as an advertising vehicle, including a place to share their YouTube links, the world's largest social network wants to get in on the video ad game.

"My team is spending a lot of time with agencies and brands right now," said Alfredo Tan, group director of marketing solutions at Facebook Canada.

Facebook received a huge, unexpected boost to its video platform this summer: The billions of videos for the Ice Bucket Challenge – a charitable campaign that spread like a brush fire – were almost exclusively posted online via Facebook video, not YouTube. It was arguably the first time many people noticed Facebook's own video platform. When content went viral in the past, that generally happened via YouTube.

Last month, Facebook said that people are now watching – on average – one billion videos a day on its site. The company's research found that 76 per cent of people who watch videos online report Facebook as their top source of discovery.

Not that YouTube is hurting: Google does not break out revenues from the video platform in its reporting, but in a report this month, Bernstein Research analyst Carlos Kirjner estimated that YouTube attracts about six billion views a day, and could bring in $7-billion (U.S.) in revenue next year, with significant room to grow.

As smartphone ownership widens, and people watch more and more digital video, Facebook is pitching itself to advertisers as an alternative (or a complement) to YouTube in a couple of ways. First, it has begun offering "premium" video units that begin to play automatically, (without sound), right in the newsfeed users scroll through multiple times a day. Autoplay catches the eye and increases "engagement" (the chance that people will actually watch the thing) by 70 per cent.

Second, the reams of user data Facebook has gathered through the information its users share with friends on the social network, allows for better targeting of video ads to specific audiences, it argues. Facebook is trying to tap into the skepticism – among ad agencies especially – around the ability to engineer a "viral" campaign, in favour of a more measured approach.

"Your success rate is very slim. If you're going to spend all this time making great creative, why leave it up to chance and hope that you go viral?" Mr. Tan said. "Hope isn't a great strategy."

Facebook has also started to offer the kind of measurement that advertisers get with YouTube: Not just view counts, but also statistics such as how much of a video people will actually watch and when they tune out.

Both Facebook and YouTube are also courting advertisers away from TV by selling some video ads based on gross rating points (GRPs), a measure that communicates the share of a target audience that was reached, rather than the usual digital measure of impressions, or total eyeballs. The idea is to allow them to use the same measure as TV so that they can compare the performance of video on those two platforms more effectively.

Canadian Club is just one example of an advertiser taking notice. The brand plans to spend more than half of its advertising budget on digital and social media next year, including video, representing an increase of 20 to 30 per cent. This week, it launched a campaign for a new rye product. The television ad is just 15 seconds long, because the brand was focused on creating shorter video for online audiences and saw no need to create a different ad for TV. The ad is already on YouTube and will be promoted as a premium autoplay ad on Facebook starting next week.

"As Facebook starts developing this platform now, we're going to be very much on board," said Rob Tucker, senior brand manager for Canadian, American and Irish whiskies at parent company Beam Suntory.

His concern? That the pricing power of the YouTubes and Facebooks of the world will increase, and things could get much more expensive. Bernstein analyst Mr. Kirjner wrote in his report that YouTube could easily double what it charges advertisers, raising the prospect of it eventually growing to a $30-billion (U.S.) business. As more viewers flock to digital video, even conservative marketers are following.

"The vast majority of our clients are in some way at least testing the use of online video," said Harvey Carroll, chief executive officer in Canada for ad buyer and planner IPG Mediabrands. "… There is a global acceptance now that a large amount of viewing is not happening on TV." 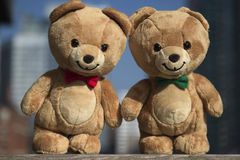 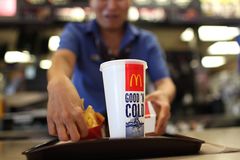 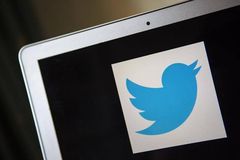 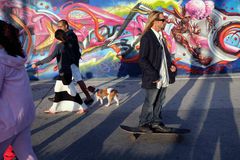 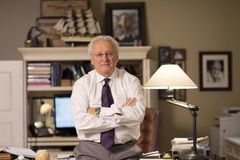