Critics are calling it a rash blunder that will cost Canadian taxpayers far more than $130-million, but Premier Danny Williams says the seizure of AbitibiBowater assets in Newfoundland was one of his finest hours.

Mr. Williams said he'd do it all again as he confirmed his government won't reimburse the $130-million Ottawa will pay the pulp and paper giant to settle a messy claim under the North American free-trade agreement.

Nor is the Premier with sky-high approval ratings apologizing for the tab to be picked up by taxpayers across the country.

"We had to protect the assets for the people of Newfoundland and Labrador," Mr. Williams told reporters outside the legislature Wednesday. "When I look back, of the many things that I've done during the terms that I've been in government, this is probably one of the actions that I'm the most proud of."

Mr. Williams led the politically charged expropriation of AbitibiBowater's water and timber rights in December, 2008, as the faltering company announced it would close a paper mill in Grand Falls-Windsor.

The company, which is incorporated in Delaware though it has its head office in Montreal, later declared bankruptcy and is still restructuring. It filed a $500-million claim under NAFTA in protest of what it called the illegal seizure of its Newfoundland assets.

It's up to Ottawa to settle claims against provinces under NAFTA just as Ottawa would receive compensation for cases it wins, Mr. Williams said. It's part of being a federation participating in an international agreement, he added.

Taxpayer watchdogs didn't exactly see it that way. "Danny Williams has managed to put taxpayers in Toronto, Weyburn, Vancouver, Kamloops, Halifax on the hook for his big ego," said Kevin Gaudet of the Canadian Taxpayers Federation.

"Because he doesn't do his work in advance, now we're on the hook. Maybe there would have been better ways to avoid this type of liability issue earlier if he paid more attention."

The federal government announced Tuesday that it would settle with AbitibiBowater for $130-million to avoid a long legal battle. That settlement must be court-approved and will be discussed at a hearing Sept. 14 in U.S. Bankruptcy Court in Delaware, where the company is incorporated.

In related court documents, the company says a protracted NAFTA battle could have taken "two to four years" to resolve "with correspondingly high costs."

Mr. Williams noted that his government helped pay severance to about 700 workers who lost their jobs when the mill shut down, and has helped finance economic development.

"Of course the environmental issues are still out there," he said, referring to the single regret he acknowledges in the AbitibiBowater affair: In his government's rush to pass legislation allowing the assets seizure - the whole process took a couple of hours and received all-party support - it accidentally expropriated the Grand Falls-Windsor paper mill. The mistaken takeover included the site's pricey environmental liabilities.

Cleanup costs could be astronomical. The province has already struck out twice in Quebec courts in its bid to force AbitibiBowater to pay up. It has now asked the Supreme Court of Canada to review whether restructuring companies should be unfettered by provincial "polluter pays" laws.

Quebec Superior Court Justice Clement Gascon - or "the Great Gatsby" as Mr. Williams has called him - cast the province's legal arguments as "rather awkward" if not "preposterous."

He noted that the province is trying to force AbitibiBowater to clean up sites it no longer owns since the government unilaterally seized them.

Opposition parties still say the province had little choice. But there's now concern over potential payback from a federal government that has come to rhetorical blows with Mr. Williams in the past.

The Conservatives under Prime Minister Stephen Harper were shut out of all seven federal seats in the province as Mr. Williams, a Tory, led an acerbic "Anything But Conservative" campaign during the 2008 election.

Mr. Williams classified it as retaliation for Mr. Harper's failure to keep a 2006 promise to exclude non-renewable energy sources from the calculation of federal equalization payments.

Mr. Williams said Mr. Harper assured him in a conversation two days ago that there will be no retribution for the bill Ottawa must now foot.

Ottawa shoulders the cost of the NAFTA settlement under terms of the international agreement.

For those who think that's unfair, the Premier cited his province's contributions to Canada since it became the last province to join the country in 1949. These include fish, minerals, offshore oil and other natural resources, Mr. Williams said.

Mr. Gaudet had little time for that view.

"Every province and territory can make its argument about its unique contributions to the country.

"Danny Williams's ego is writing cheques that Canadian taxpayers are footing the bill for."

Kelvin Parsons, interim leader of the provincial Liberals, worries that the province will pay the price.

Mr. Williams recently wrote a letter with Nova Scotia asking for $375-million from Ottawa to help fund a subsea cable to convey power from the proposed Lower Churchill hydroelectric project in Labrador to the Maritimes.

Mr. Parsons says there are "legitimate concerns" the AbitibiBowater settlement may "prejudice" federal support for that request and others in the province. 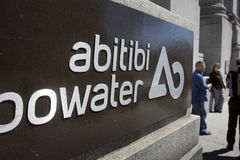 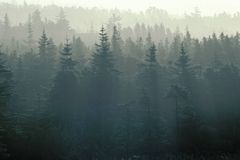