Wireless carriers are sounding alarm bells over the federal government's desire to create new rules for the transfer of spectrum licences between telecom companies.

Although the carriers' concerns vary, they are warning Ottawa to avoid introducing heavy-handed regulations that would create uncertainty for carriers that are preparing to spend billions of dollars in a key spectrum auction later this year.

Last month, Industry Minister Christian Paradis finalized the rules for the upcoming auction of the 700 megahertz frequency, but also announced that Ottawa is reviewing its policy on transfers of wireless licences – signalling it could make it tougher for big carriers to acquire spectrum from so-called new entrants.

Mr. Paradis said the government's objective was to promote competition in the wireless sector in order to keep prices low for consumers. "To be clear, our government wants to see at least four players in each market," he said at the time.

The government's review, however, appeared to be triggered by an "option" deal announced earlier this year that gives Rogers Communications Inc. the right to eventually acquire unused AWS spectrum from Shaw Communications Inc. – a move that small carriers and consumer advocates have argued is an end-run around Ottawa's ban on incumbents acquiring new-entrant spectrum until 2014.

For carriers of all sizes, the stakes of this licences transfer review are high. Spectrum is the very lifeblood of the industry. A shift in government policy could affect the value of carriers' current and future spectrum holdings and their ability to feed exploding consumer demand for data-based services such as mobile video.

Since the new rules will be in place before the 700 MHz auction begins in November, carriers are warning the government's move has created investment uncertainty for carriers at time when they are scrambling to raise the necessary capital to bid.

"Mobilicity respectfully submits that the very announcement of this consultation with respect to license transferability a few weeks ago has already further impinged access to capital for new entrants," the company wrote in its submission.

"Ironically, this announcement has created a level of uncertainty and confusion in the minds of investors as to the liquidity of spectrum assets which in particular affects new entrants far more than incumbents and further hampers their ability to create a competitive marketplace – the very thing the Department has suggested it wants to enhance."

Arguing that "wireless competition is on life support," Mobilicity said Ottawa should help new entrants cope with their funding challenges by giving them more wiggle room to pay for both 700 MHz spectrum and previously purchased AWS licences.

Wind Mobile, meanwhile, wants Ottawa to give new entrants a "right of first offer" to purchase spectrum that comes up for sale. "The Canadian market is a highly-concentrated oligopolistic market consisting primarily of the three Incumbents," its submission said.

"The Department needs to resist micromanaging the wireless industry in order to address the inaccurate claims by some that the industry is not competitive enough," said BCE Inc. in its submission.

"The reality is that Canada has an intensely competitive market in which competitors gain and lose ground in each business cycle."

The company's Bell Mobility division questioned the rationale for the consultation, noting the industry minister and Competition Bureau are already required to review spectrum transfer transactions. It also noted that Ottawa has previously supported the development of so-called secondary spectrum markets to ensure the limited resource ends up in the hands of companies that will actually use it effectively.

Moreover, market forces ought to determine the number of players, rather than "intrusive" government policy, Bell said.

"Bell Mobility respectfully submits that Industry Canada should stay the course and maintain that policy and not veer off course because some in government feel we should have 4 carriers."

Rogers argued that it would be a mistake for the government to alter the terms of existing spectrum licences, such as those for the AWS band, in order to curtail transferability to other carriers.

"It was in part on the basis of these rights that bidders in the AWS auction (as well as other spectrum auctions) valued the spectrum and formulated their bidding strategy. This provision contributed to the $4.2-billion raised in the AWS auction," Rogers said.

"Changing this key attribute of AWS spectrum involves changing the rights of bidders in that auction after the fact – a change that flies in the face of the principles of contractual certainty that the Department strives to attain in its spectrum auctions."

Telus Corp. also expressed concerns about a proposal to introduce a new condition for all wireless licences that would require companies to give the government advanced notice about any "prospective transfers" of spectrum so that it can conduct preliminary assessments of those deals.

"Telus views these proposals as unnecessary," the carrier said, adding that preliminary assessments were "impractical" since it is not clear at what stage of negotiations companies would be obliged to notify the government of a potential deal.

Meanwhile a coalition of consumer groups led by the Public Interest Advocacy Centre applauded the government for attempting to close a "loophole" that could potentially harm competition and reduce consumer choice.

Even so, Glenn Thibeault, the NDP's consumer protection critic, accused the Conservative government of dropping the ball on creating sustainable competition in the wireless sector.

"You've got to use it or lose it," he said, referring to undeployed spectrum from previous government auctions. "Why are we allowing companies to buy spectrum, sit on it and then sell it to a competitor at a profit?" 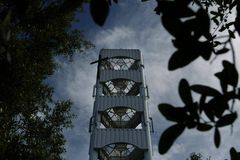 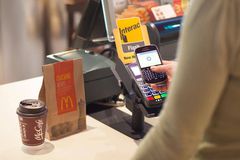 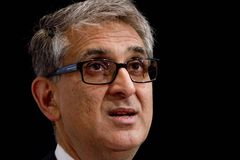 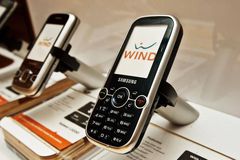 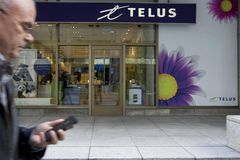