As a child, Stuart Lombard spent nearly seven years trying to build a collapsible wood canoe with his father. It was an exercise in self-sufficiency, taking advantage of natural resources around them while designing it to fold into a suitcase, making fishing expeditions easier.

“It was constantly an iterative process,” Mr. Lombard says. “It taught me a lot about building things.”

Perhaps not coincidentally, Mr. Lombard is now in his third decade as a serial entrepreneur. His most recent project is Toronto-based Ecobee Inc., the smart, WiFi-enabled thermostat company he founded in 2007 out of frustration with standard programmable thermostats. The company knows a thing or two about iterations: Its current products, the Ecobee3 and Ecobee3 Lite, are the company’s third generation of thermostats in a decade. 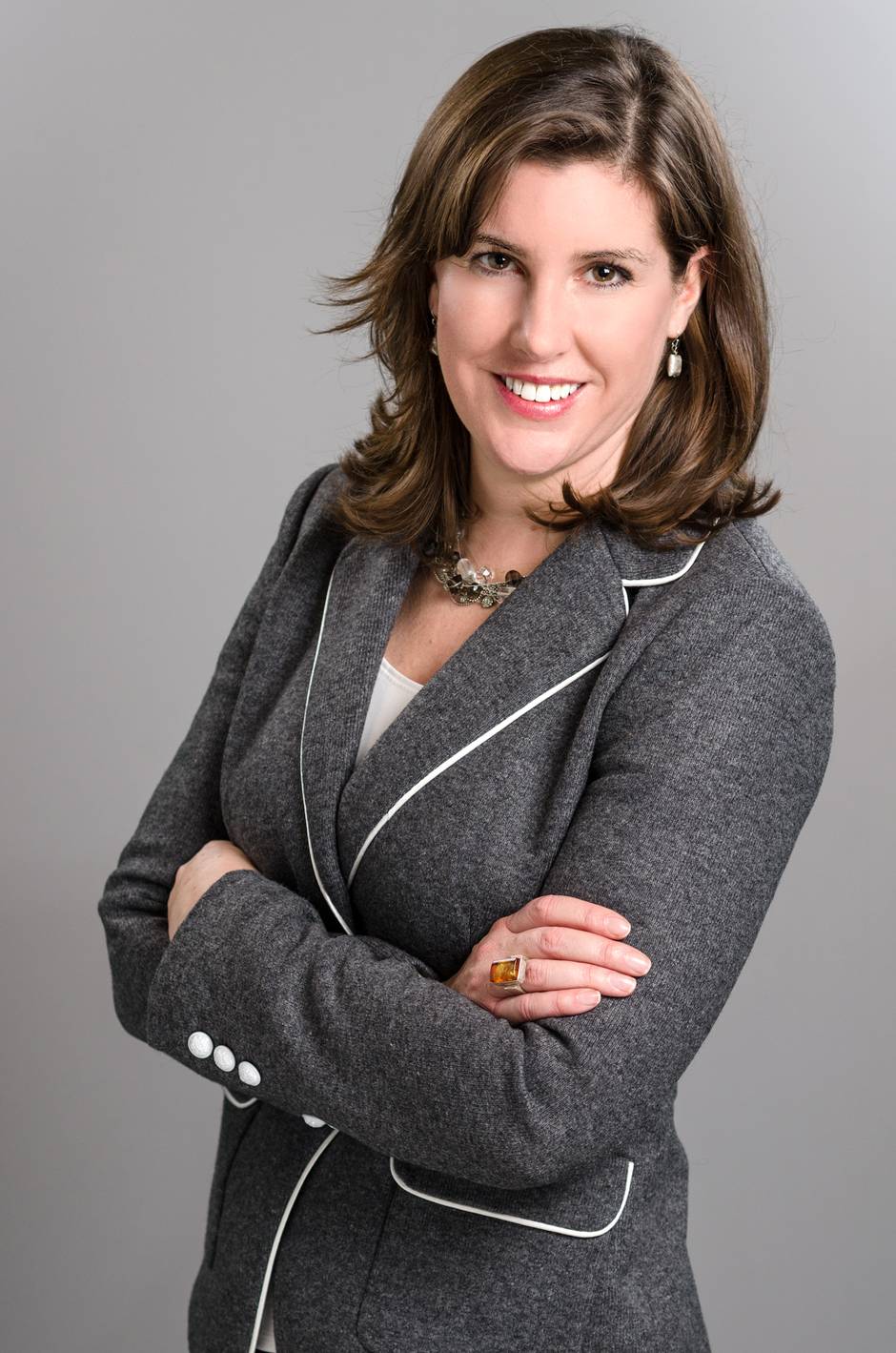 Jane Kearns, a senior adviser with MaRS Cleantech: “Once you’ve got the relationship with the customer, that opens the door to new products and services.” (Courtesy of MaRS)

These products let users adjust their thermostat from their smartphone. Ecobee hopes that, from two directions, their latest offerings can squeeze out the elephants in the climate-controlled room: well-funded competition from long-time thermostat maker Honeywell, and Nest Labs, owned by Google since 2014.

Using Nest’s current $249 (U.S.) Learning Thermostat as a baseline, Ecobee tries to differentiate itself using the $219 Ecobee3 Lite as a cheaper option and the standard $299 Ecobee3 as a higher-value alternative, thanks to remote-sensor compatibility that lets homeowners adjust the temperature for individual rooms.

Ecobee was the No. 2-selling smart thermostat maker in the United States for the 12 months ending last September, according to market-research firm NPD Group. It had 13 per cent of the market in terms of dollar share.

“When I heard about the newest Ecobee [Lite] and the lowering of price, I thought that was a really good way of driving some adoption, and probably even driving some buyers away from Nest and into Ecobee,” says Ben Arnold, a consumer electronics industry analyst with NPD.

The erstwhile canoe maker trained as an engineer at Queen’s University, becoming something of an accidental entrepreneur: Bored while waiting to study for an MBA, he launched the Internet service provider Inforamp Inc. After mergers and an IPO, Mr. Lombard left to form a data-encryption company, which he sold in two years. Then, a near-decade in venture capital with JLA Ventures before forming Ecobee.

He never got that MBA. But he did have a sense for finding gaps in the marketplace. If heating and cooling is such a huge part of a home’s energy usage, he wanted to make reducing that energy as easy as possible. Average smartphone users seemed like a reasonable group to target. 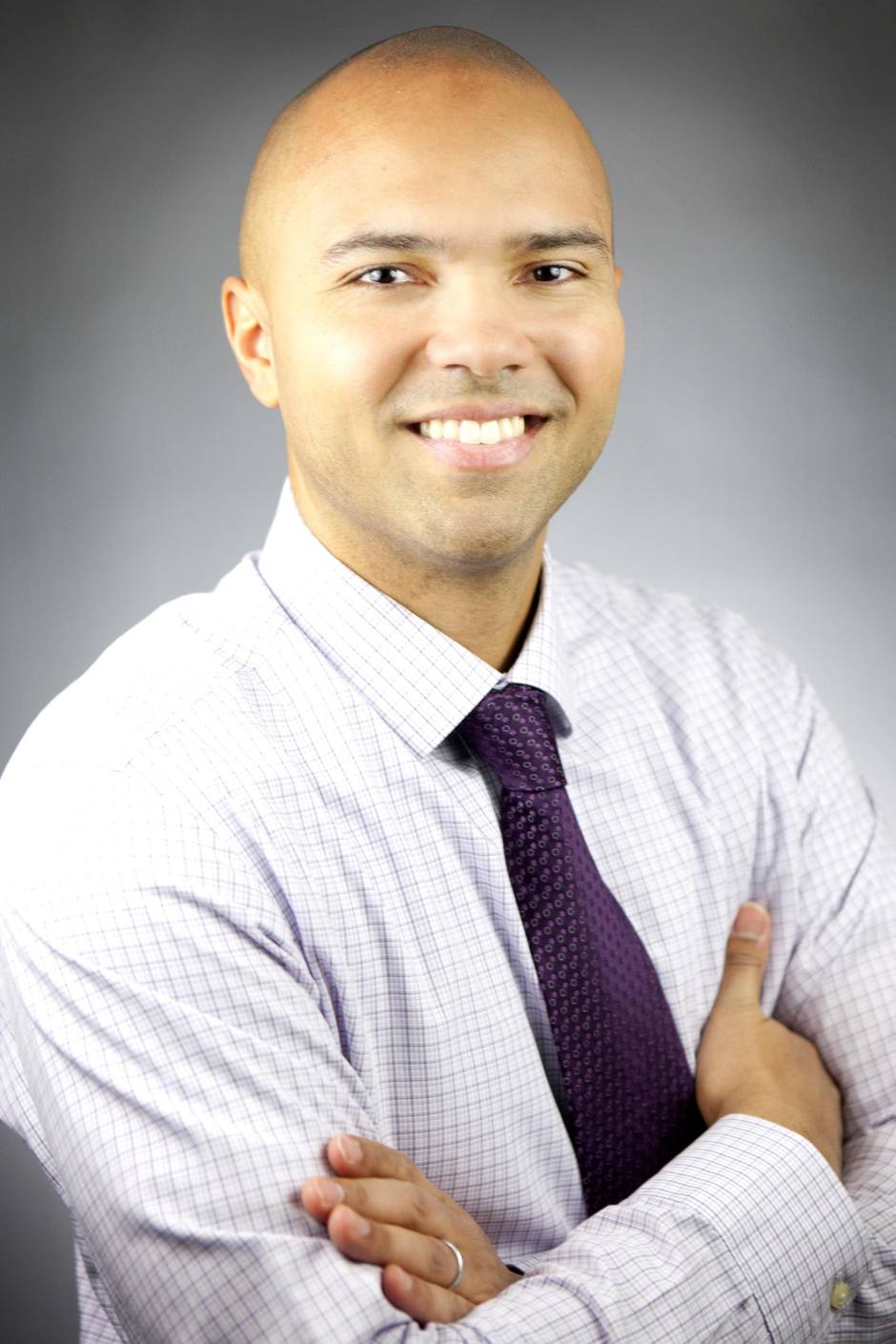 Ben Arnold, a consumer electronics industry analyst with NPD: “When I heard about the newest Ecobee [Lite] and the lowering of price, I thought that was a really good way of driving some adoption, and probably even driving some buyers away from Nest and into Ecobee.” (Courtesy of NPD)

“Our consumer is the person who has an iPhone or smartphone, has Netflix and broadband, and they have no idea how that stuff works,” says Mr. Lombard, who is now Ecobee’s chief executive officer. “But if you said, ‘I’m taking that away from you,’ they’d say, ‘I’m going to kill you,’ or ‘I can’t live without it.’”

Since the first Ecobee thermostat went to market in 2009, a lot has changed: Nest Labs popped up with its pattern-recognition thermostat in 2011, and Honeywell went WiFi, too, heating up the fight for wireless temperature control.

When the Ecobee3 launched in 2014, there were two major changes. First was their sales approach – before then, Ecobee had mostly sold its thermostats through contractors; now they target consumers directly. And on the functionality side, Ecobee3 works with remote sensors that can be placed throughout a home. These let users adjust the temperature from their phone based on the room they are in, as opposed to where the thermostat’s central sensor is, avoiding the crapshoot of uneven home heating.

Mr. Lombard relies on his product teams to scan reviews, e-mails, feedback and keep in touch with customer support. Sifting through the mountain of information, he and his team sought trends in customer needs to find pain points. As the company developed Ecobee3, he says, one complaint stood out: Despite all the advances in thermostat technology, homes still had hot and cold spots.

He summarizes it in a single complaint: “‘Every time I go to my home office, I’ve gotta put on my ski jacket and tuque.’”

Ecobee has worked with the MaRS Discovery District innovation hub to network and find customers. Jane Kearns, a senior adviser with MaRS Cleantech, says Ecobee’s relationships with consumers will help it grow. “Once you’ve got the relationship with the customer, that opens the door to new products and services,” she says. 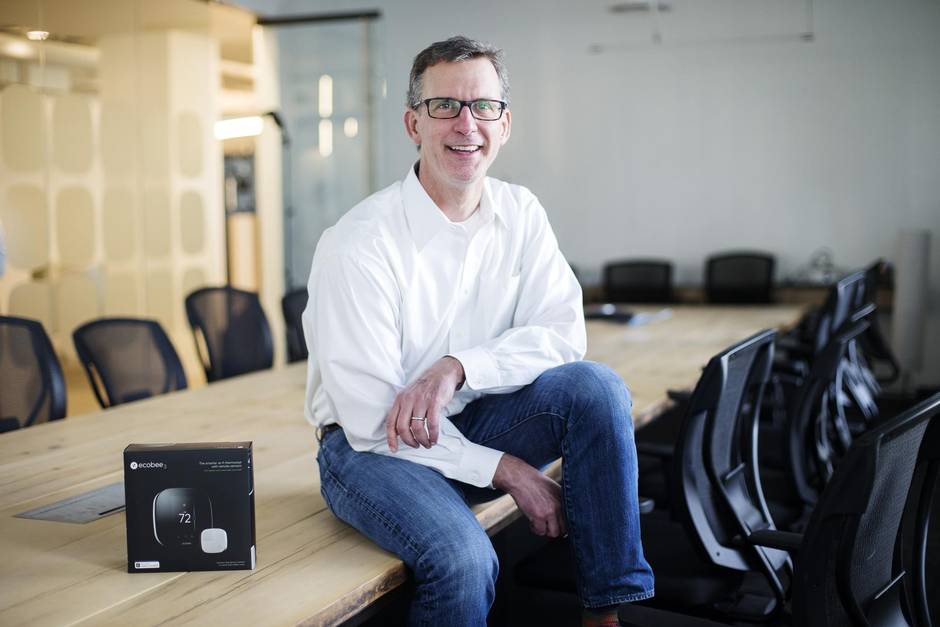 Stuart Lombard, founder of Toronto-based Ecobee Inc., a smart, WiFi-enabled thermostat company. Ecobee is up against long-time thermostat maker Honeywell, and Nest Labs, owned by Google since 2014. It is differentiating itself with technological and customer-service strategies. (Michelle Siu/The Globe and Mail)

Ms. Kearns says it has taken a while for the sector to grow, but now that other companies are joining the fray, she says, “It’s actually good for [Ecobee], because it helps them raise awareness.” She points to a Navigant Research report that found the communicating-and-smart thermostat industry will have $1.1-billion in revenue this year, rising to $4.4-billion in 2025.

The Ecobee3 can support up to 32 sensors, but retails with just one; extras are available for sale in two-packs. Mr. Lombard expects to ship a million thermostats this year.

This is helped, in large part, by partnerships with smart-home products from companies such as Samsung, Apple and Amazon, including the voice-activated Amazon Echo. And the company just secured $35-million in funding, in part from Amazon’s voice-tech Alexa fund, to further innovate, and grow the company both internally – from 150 to 250 employees – and externally, in terms of market share. According to funding website Crunchbase, Ecobee has raised $51-million over four rounds to date.

“Nest would say, ‘We’re building a platform, all you guys come onto our platform,’” Mr. Lombard says. “And our strategy is the other side of the same coin, which is to say, ‘Hey, we’re open, but we’re gonna plug into the platforms that we think consumers really care about.’”

NPD’s Mr. Arnold says that the growth in voice activation is simplifying home automation for consumers. “For a company like Ecobee, they’ll have the option to integrate with any number of these digital-assistant applications, which I believe will be very important for the smart-home market going forward,” he says. In the 12 months ending last September, NPD found that home-automation product sales were up 43 per cent over the prior 12 months.

Right now, Mr. Lombard says he has seen consistent 100-per-cent year-over-year growth, and he expects that to continue. Armed with a cash pile much smaller than his competitors, he hopes that by deeply researching customers, Ecobee will come out on top when customers do research of their own.