Bank of Canada Governor Stephen Poloz has repeatedly come under fire for supposed efforts to depress the value of the loonie. The central bank chief has routinely emphasized the importance of boosting exports to put the economy on a firmer footing, and so some market watchers suspect that bank statements are sometimes geared to undermine the dollar. Despite repeated denials, the accusations have continued, and earlier this week Mr. Poloz attempted to put the matter to rest once and for all. In a speech the Governor delivered his most comprehensive explanation to date of the bank's position, and why it does not believe in attempting to manipulate currency markets. In ROB Insight, Kevin Carmichael weighs the arguments and outlines the challenge the bank faces in convincing traders otherwise.

The waning appeal of REITs

Limp yields in the bond market and the dearth of other income-generating investments have made Canadian REITs a popular place to park money. But all good things come to an end, and for REITs, that time may well have arrived. In Inside the Market, Scott Barlow examines the recent performance of the sector and outlines the reason investors may want to start trimming their holdings.

The fine print on a taxing matter

When Burger King swallowed Canada's Tim Hortons and announced it would redomicile north of the border, a great hue and cry went up from both patriotic American fast-food lovers and U.S. legislators, who sniffed yet another effort by quick-footed corporate lawyers to dodge the IRS. The company swiftly denied the allegations, pointing out the strategic value of the buyout and insisting any tax benefits that would ensue would be modest. The deal itself, however, also required some clever tax strategy to avoid incurring a massive capital gains tax bill. In Streetwise, Adrian Myers navigates the thicket of tax laws and precedents to solve the mystery of how the deal might enable Burger King and its shareholders to stay out of the clutches of Uncle Sam, despite legislation specifically enacted to prevent it happening.

It wasn't a good week for hedge funds, which essentially got a stinging rebuke from the California Public Employees' Retirement System (better known as Calpers), the largest pension fund in the U.S. In efforts to control its expenses, Calpers has crunched the numbers and come to the decision to pull out of all its hedge fund investments. In ROB Insight, Ian McGugan explains the logic behind Calpers' decision and why its move should serve as a lesson for not just other pension funds, but for small retail investors too.

Looking for the best blue-chip income stocks Canada has to offer? Then just follow the dividend growth trail. In Inside the Market, Rob Carrick explains why consistent and regularly boosted payouts are such a strong metric for evaluating stocks, and looks at some of the brightest stars on the TSX that Canadians should consider for their own portfolios.

Canadian pensioners will no doubt be pleased by the news that the CPP Investment Board stands to make a tidy return on its investment in China's e-retail giant Alibaba, which made its debut on the NYSE on Friday. Its initial $160-million investment is now worth many times that, even before the IPO lifts off. So will the CPPIB look to boost its stake to realize even greater gains? The fund is keeping mum for now, writes Boyd Erman in Streetwise, where he delves into its position and attempts to parse out how it may move next. 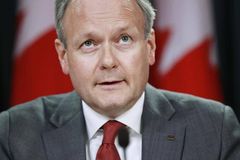 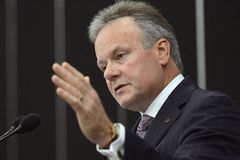 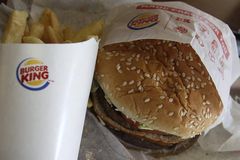 REIT shares struggling against selling pressure
September 5, 2014
Follow us on Twitter @globebusiness Opens in a new window
Report an error Editorial code of conduct
Due to technical reasons, we have temporarily removed commenting from our articles. We hope to have this fixed soon. Thank you for your patience. If you are looking to give feedback on our new site, please send it along to feedback@globeandmail.com. If you want to write a letter to the editor, please forward to letters@globeandmail.com.
Comments