A Danish medical marijuana importer says it no longer trusts promises from CannTrust Holdings Inc. that its cannabis was grown without pesticides, another blow to the Canadian producer, which is under investigation by Health Canada.

Stenocare A/S, which is the only supplier of cannabis oil for the Danish medical market, said it has bought products from CannTrust with a guarantee that they were produced in pesticide-free environments. In a news release on Tuesday, Stenocare said it now doubts those declarations after learning more about CannTrust’s growing practices.

“With the CannTrust move from indoor to greenhouse cultivation during Q4 2018, it now appears that CannTrust introduced a more general use of Health Canada approved pesticides in the new greenhouse where cultivation of medical cannabis plants is located. Stenocare is very concerned with this general use of pesticides that could potentially be in conflict with the strict Danish requirements [for] no use of pesticides,” the company said.

Stencocare stopped selling CannTrust products after revelations in July that the Ontario producer grew thousands of kilograms of cannabis in unlicensed rooms in late 2018 and early 2019.

On Tuesday, Stencocare said that it has asked a special committee of CannTrust’s board that is overseeing an internal investigation at the company to “fully investigate the validity of the declarations" about pesticide use. Stencocare also said it is seeking new import partners, and is contemplating legal action against CannTrust “for full compensation for losses incurred.”

Stencocare did not respond to requests for further comment.

CannTrust spokesperson Jane Shapiro said in an e-mail: "The declarations provided to Stenocare were signed by former board chair Eric Paul (when he was CEO) and former CEO Peter Aceto.

CannTrust is under investigation by Health Canada for cultivating cannabis in unlicenced rooms at its greenhouse facility in Pelham, Ont., and for other unlicensed activity at its manufacturing plant in Vaughan, Ont. The company and several of its officials are also under investigation by the Ontario Securities Commission.

CannTrust has frozen all sales as it waits to hear whether Health Canada will suspend its cannabis licences. Federal regulators could also force CannTrust to destroy inventory that was produced in the unlicensed rooms, which CannTrust says is worth about $51-million.

On Monday, CannTrust said that the Ontario Cannabis Store, the provincial wholesaler, is returning $2.9-million worth of the company’s products.

While the removal of CannTrust products from the Canadian market could exacerbate the nation-wide shortage of legal marijuana, the fallout from the CannTrust investigations may be felt more acutely by patients in Denmark -- several thousand -- who use medical cannabis.

“You’ve got six products on the market [in Denmark] in total," said Nick Pateras, the managing director of European operations at Materia Ventures, a cannabis distributor. “Three of them are oils, and all of those oils were coming through Stenocare [from CannTrust]. There are no oils on the market as a result, so it’s a pretty big deal for patients.”

He added that the situation at CannTrust is making importers more cautious about Canadian cannabis firms.

“I think it probably does have importers taking the extra few steps of due diligence in supplier- and partner-validation audits. They want to be that much more sure that they’re not dealing with the next CannTrust. It’s not put any conversations on pause, it’s probably just slowed them down and given the potential partners more justification to be a bit more thorough,” Mr. Pateras said. 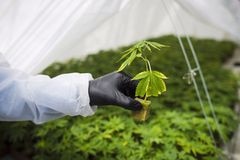 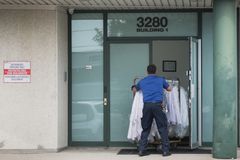