Most Canadians will not be able to purchase any tasty pot-infused stocking-stuffers this holiday season.

Strictly speaking, sales of products containing cannabis extracts such as edibles or vape pens will be authorized across the country as of Dec. 16., though several provinces including Ontario have already said January will be the earliest those products will be available to buy. Canopy Growth became the latest to lower previous expectations Friday, warning “new products will not be seen on shelves until early in January 2020”, after having previously said at least some so-called “2.0” products will reach consumers this month.

For those lucky enough to be living in Saskatchewan or the Maritimes, however, they might be among the lucky few capable of legally buying cannabis-infused foods, drinks and vape products before the end of this year. Yet even in Saskatchewan, the only jurisdiction in Canada where pot shops can source cannabis directly from licensed producers, retailers fear the events of October, 2018, may repeat, when LPs made lofty supply promises they could not fulfill.

“I have several LPs telling me they’ll be able to fill orders in [Saskatchewan] by December 17” said Andy Palalas, chief revenue officer of Calgary-based Canna Cabana parent High Tide, which has a store in Swift Current. “That said, I’ve not received my final form from anyone.”

Cannabis Professional canvassed the country, asking cannabis retailers, distributors and wholesalers in every province whether they expected to have any “2.0” products available for sale before year’s end. The vast majority said no.

Cannabis retailers in Saskatchewan “are permitted to sell edibles produced by federally licensed manufacturers once they become available.” Saskatchewan Liquor and Gaming Authority spokesperson David Morris said. Trevor Fencott, CEO of Edmonton-based chain Fire & Flower, would only say the company was “working directly with our licensed producer suppliers to have products in our stores as soon as possible.”

“We’re excited to show the rest of Canada how successful the Saskatchewan model can be,” Mr. Fencott added.

Elsewhere in Canada, the excitement is notably more subdued.

“We believe it will be early 2020 when these products will be available from federally licensed producers and ready to retail to consumers through OCS.ca and authorized retail stores,” Amanda Winton, spokesperson for the provincial government-owned Ontario Cannabis Store (OCS), said via email.

“The timelines are quite compressed,” said Alberta Gaming, Liquor and Cannabis (AGLC) spokesperson Heather Holman, noting the AGLC “does not expect to have [2.0] products available for purchase before the end of this year.” 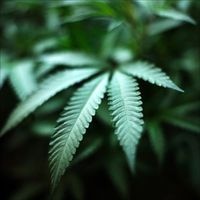 Whether any of those will be available before 2020 “will all depend on what the producers can ship to us,” she said. “They seem to be confident, but will also be working to meet demand and orders from other provinces.”

Officials in Manitoba, Quebec, Prince Edward Island and Newfoundland and Labrador did not respond to requests about their own 2.0 product availability timelines. Government retailers in New Brunswick and Nova Scotia both said it was too soon to provide specifics, but were nonetheless optimistic.

Cannabis NB, which New Brunswick put up for sale last month, is “in the final stages with licensed producers regarding phase [two]” spokesperson Marie-Andrée Bolduc said via email. “I will have more information to this effect at a later date.”

Pressed for a “yes” or “no” on whether New Brunswick will have any 2.0 products available before the end of the year, Ms. Bolduc said Cannabis NB “expects to have a limited offering of new products later in December.”

Nova Scotia “will issue purchase orders December 16,” Nova Scotia Liquor Corporation spokesperson Beverley Ware said via e-mail. “In the meantime, based on our conversations with licenses producers we anticipate a very limited number of products will be available in our stores in late December at the earliest. Due to limited availability of products, online ordering of edibles, extracts and topicals will not be available until January 6.”