When Canadians purchase their first legal pot brownies later this year, Jodie McDonald is advising them to read the potency information on the label with a dash of skepticism.

All cannabis-infused foods and drinks authorized for sale in Canada starting in December must be clearly labelled with their THC and CBD content, according to Health Canada regulations published last month. Yet scientists are still determining how to ensure no more - or no less - cannabis ends up in any given bite of a brownie, cookie, cake or chocolate bar than intended, the president of Keystone Labs says, and testing labs are being forced to devise new methods of verification.

“The presence of fat in products containing cannabis will definitely impact the ability to measure the potency using methods that have been developed for products currently available in Canada,” said Ms. McDonald, whose Edmonton-based lab has been testing cannabis edibles since 2016 when individual patients were first allowed to submit samples for analysis. “The honest truth is, right now we are seeing such a wide variety of innovative products that every time samples come through the lab we don’t have a standard method yet. We will by the time October 17 hits, but right now, we don’t.”

The work comes as scientists continue to discover technical challenges associated with cannabis potency testing. One study due to be presented at the American Chemical Society meeting in San Diego later this month suggests chocolate might have a specific impact on testing accuracy.

Health Canada allows no more than 10 per cent variance for dried flower potency labels, meaning a product labelled as 20 per cent THC must have no less than 18 per cent THC and no more than 22 per cent. For edibles, the regulator will allow wider margins of error, ranging from 15 per cent for products with over 5 milligrams of THC or CBD to 25 per cent for products with less than 2 milligrams, Health Canada spokesperson Tammy Jarbeau said via e-mail.

The need for more variance with edibles is simply because “cannabinoids are not water soluble,” Ms. McDonald explained, referring to the psychoactive ingredients in cannabis that includes both THC and CBD. “You need to encourage them to come into a liquid phase that they are happy to be present in, and if they are already in fat then you have to do something to get it out of that fat particles and into your solid. So if you are not breaking that fat clump open to see what is inside you are missing quite a bit of what is quite possibly present in the product.”

Keystone Labs encountered a clear example of the challenge years ago when working with a company trying to develop an infused ice cream. 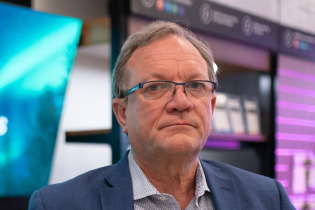 “It is a really good example of a difficult test matrix because there are lots of milk fat solids that are present in ice cream [and] when we first tested it, the potency was really low and the ice cream guys tell us they put way more [THC] in so the fact that we were getting almost nothing out, there must’ve been something funny going on,” Ms. McDonald said. “In that case, we had just taken our normal dried flower process and applied it to ice cream and it didn’t work so we had to go back to the drawing board. You just have to find ways, and it really comes down to sample preparation.”

Certain types of cannabis edible products - such as gummies - are easier to produce and test for consistent cannabinoid levels, Ms. McDonald said, but something like a brownie is more challenging because different parts of a single brownie could end up with more cannabinoids than others.

“Think of the yummiest part of brownie being those caramelized edge pieces, they get more heat than anywhere else and so the hypothesis is... they [absorb cannabinoids] more efficiently on the edges then in the centre of the brownie,” she explained. “If you’re sharing, then you want the edge piece.”