Last Friday, almost 11 months after legalization, the Ontario Cannabis Store (OCS) released a financial report. A loss of $42-million was partly for reasons beyond its control, but compared with other provincial cannabis agencies, its performance looks underwhelming. And its large inventories imply it could support many more stores.

Almost one-third of the loss was owing to the provincial government’s decision to let private businesses handle storefront retailing. The OCS consequently had to cancel four store leases, write-off renovations and equipment, and terminate employees. That cost the OCS some $12.6-million, not counting $1.1-million of lease payments it already had made.

Another problem was the agency’s high cost structure. It paid $55.5-million in operating, administrative and financial expenses during 2018-19. Only $36.8-million went to buy products for resale.

In other words, just running the place consumed 60 per cent of its regular spending. That’s a lot for a warehouse and a website.

It’s true the corresponding percentage for New Brunswick’s cannabis agency was higher – at 62 per cent – but that agency operates 20 stores.

By contrast, Quebec’s SQDC spent only 24 per cent of its money on operations and administration, despite running 12 shops. It’s so lean it doesn’t even use a warehouse.

Mind you, the OCS was deliberately bulking up last year. It’ll eventually need to supply hundreds of privately owned stores. Once those open, its expense ratios should improve. It could even earn a profit next year. But it has far to go to match Quebec’s efficiency.

Inventories offer another interprovincial contrast. The OCS ended March with enough product to satisfy 461 days of online demand. That drops to perhaps 150 days’ worth after including demand from Ontario’s 25 subsequently opened retailers. That’s a large and expensive stockpile.

Meanwhile, New Brunswick carried just a 67-day supply and Quebec had only 50 days worth.

The ample OCS inventory also suggests Ontario's Conservative government has been too conservative in licensing retailers.

The OCS evidently had more than enough stock in March for 25 stores. And Health Canada data show dry cannabis processing rates jumped in May and June, further boosting inventories at distributors such as the OCS.

So, by the time the Conservatives decided in July to add 50 stores, OCS inventories were likely big enough for far more.

The OCS also differs from its counterparts on pricing. It apparently charges retail prices more than 74 per cent higher than what it pays producers.

That’s less than the LCBO’s 100-per-cent markup on alcohol. But it’s much higher than New Brunswick’s 55 per cent cannabis markup and Quebec’s slender 23 per cent.

But as supplies improve, the provincial government will need to choose. Should the OCS keep pricing high to generate cash for provincial coffers? Or drop prices to compete with illicit markets, as Quebec already does?

The government must also decide whether it’s serious about the “commitment to transparency” it trumpeted on Friday. Transparency requires timeliness. Friday’s OCS financial statement release came 11 months after legalization and three months after Quebec’s report.

Transparency also requires completeness. The OCS document describes dollar amounts, but not how many kilograms of cannabis were sold.

By contrast, Quebec’s report highlights that figure. New Brunswick even breaks it down into dry products, oils and seeds.

To be fair, the OCS is still young, with much to learn. But it needs to learn. Taxpayers already have sunk $80-million into the agency. It needs to become an efficient and effective wholesaler, thereby helping Ontario’s legal retailers successfully compete against illegal vendors.

I wish the new CEO luck. He'll be busy.

Michael J. Armstrong is an associate professor in the Goodman School of Business at Brock University. 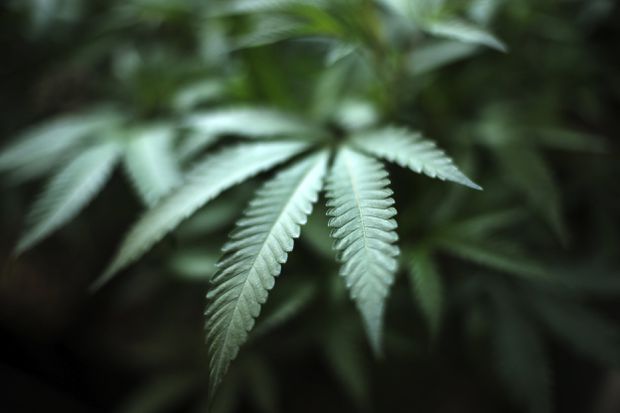