When we imagine the naive beauty of the Original Six era, one of the things that comes to mind are the trains.

Back when this country was just one, huge lumberjack camp, NHL teams travelled via train, often together. The Canadiens would play in Toronto, then both teams would head back to Montreal via rail to play again.

These were fraught trips, especially at the moment when one squad walked through the carriage holding another on their way to the dining car. One wrong word or look and it was on like Donkey Kong.

Trains are the reason the NHL eliminated the overtime period in the early 1940s. Teams couldn’t risk missing their ride out of town, hustling to the station en masse, players sometimes leaping from the bench seconds (or, very occasionally, minutes) before the game had ended.

They built the NHL on these warm, fuzzy, working-class stories. Though that era is long gone, the ideal reel of hockey history still runs in black and white. It’s the most saccharine form of Canadiana.

And it’s coming back.

It is hard not to feel the NHL’s glee at putting together an all-Canadian division for the coming Pandemic Season 2.0. This isn’t a competitive compromise. It’s a gift from the gods of marketing.

Toronto vs. Montreal nine times during a 56-game season? I’d call that a ratings win.

Vancouver vs. Winnipeg? Laine vs. Hughes vs. Scheifele vs. Pettersson on repeat. Yes, please.

This is the NHL returning to its concentrated, pre-expansion self. Hockey that matters played for viewers who really care. Pure hockey.

You can already see the wedge developing. All the early talk in the ‘Our Game’ portion of the NHL landscape involves who will top the Canadian division. There is the slight, but statistically significant, chance that the Maple Leafs might finally win something. Which probably means they won’t.

There is relatively little chatter about how the other 24 teams are shaping up. I assume that at least a few people in Denver care about how the Avalanche are looking, but if so, they haven’t made themselves heard north of the border.

For more years than seems possible, Canada’s NHL teams have been running a rearguard action against their U.S. counterparts. Canada gets all the pressure, 10 times the criticism and none of the reward. No Canadian team is good enough because none of them wins anything.

By contrast, U.S. teams get to freewheel about – good at some times, bad at others, and no one bothering them much about it. When they win, they’re the greatest. When they lose, no one notices.

Why do you think Vegas has been so solid right out of the chute? It’s not because the players are intrinsically more talented than everyone else. It’s because they’re relaxed. What the hell do they have to worry about? They live in an amusement park.

I feel confident that if you took the Golden Knights roster and planted them in Montreal, they’d all be weeping in the lockerroom before they let the media in every day. Canada kills its hockey teams. Twenty-seven years without a Stanley Cup is the proof.

One of the reinforcing points of humiliation comes whenever a Canadian team with a huge following loses to a U.S. team whose official fan club is four guys and one of their cousins. Was it bad that the Leafs lost to the Blue Jackets in last season’s play-in? Sure, I guess. They were pretty evenly matched.

Now, was it unforgivable that Toronto lost to Columbus, Ohio? Yes. Definitely. When you say it like that, it is so much worse.

Canadian teams are beaten like a drum with this humiliation year after year. Humiliation makes them desperate. Desperation makes them stupid. Stupidity leads them into terrible hockey decisions. And then the beating recommences.

For a few months at least, that pressure abates just a little. If Edmonton has to lose, then at least it gets to lose to another Canadian team. Everyone understands that all the involved parties are equally invested in the outcome. That’s a solace.

At the same time, this reorganization will turbocharge existing rivalries and create others. It is difficult to hate someone from Pittsburgh or Chicago. They’re good people down there, and they’ve never done anything to us. But people from Toronto? I’m from Toronto, and I bug myself sometimes. That’s easy. Regionalism in this country is about to get another boost.

Which is all great. Canadians love to whine about each other. It’s the biggest national sport by participation. Hockey fans could use some harmless fun. The NHL could use a boost. Broadcasters could use a win. The Canadian division is the tide that lifts all boats.

But what about the year after that?

After taking people to the promised land, is the NHL really going to make them return to the wretched and impractical division system that existed before? The one that locates Winnipeg’s natural rivals in Texas and Tennessee?

The Canadian division is a solution to a problem no one wanted to talk about until COVID-19 forced them to. It makes societal concerns the central organizing point of the league, rather than geography. It creates the most interest where the biggest audience exists. That isn’t stacking the deck. That’s just good planning.

A permanent all-Canadian division means that, for a quarter of the league at least, the regular season starts to matter again. It isn’t just six months of jockeying for a slightly better playoff position. It recreates, in a very small, but still significant way, the glamour of the Original Six. Man, they could even take the train.

Assuming that the NHL and the Players’ Association can get their ducks arranged, we’ll see how this new arrangement works out. I suppose it could be a dud, but I doubt it.

But I also suspect that the real issue is no longer the logistics of getting started again. It may just be the eventual politics of going back to the way things were.

Opinion
Players are bound to lose the latest NHL labour war, and they know it
Subscriber content
December 4, 2020 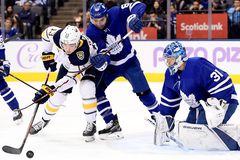 Opinion
Neither Orr – the hockey great or the Trump booster – should be leading a political debate
Subscriber content
October 30, 2020 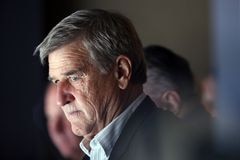 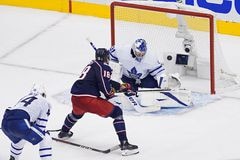