The Maple Leafs see-sawed through the first week of the season. At times, they looked like the same old Leafs. At other points, a bit better. So it is hard to take much out of what has happened so far. Splitting two games in Ottawa was the worst likely result that should have been expected.

Monday’s game at Scotiabank Arena will likely be a better measuring stick. Winnipeg beat Calgary in overtime to start the year and is likely to be in the thick of the playoff race in the NHL’s new North Division. The Jets flew to Toronto after a workout on Sunday morning.

They had cancelled practice the day before in fear that players may have been exposed to the novel coronavirus. Defenceman Tucker Poolman, who played nearly 19 minutes in Winnipeg’s opener, did not travel with the team and is listed as unavailable on the league’s COVID-19 protocol list.

Last week, winger Nikolaj Ehlers was held out from training as a precaution when he came down with cold symptoms, but returned to play and had an assist in Winnipeg’s victory.

The Maple Leafs were soundly outplayed in a 5-3 loss to Ottawa on Friday and came from behind for a 3-2 triumph in Saturday’s rematch. Jack Campbell faced only 19 shots and was credited with the victory in his first appearance this year as backup to Frederik Andersen. The latter has struggled, allowing nine goals on 56 shots for an .839 save percentage.

The most interesting development was Joe Thornton scoring his first goal in a Toronto uniform on Saturday. At 41 years 198 days, he became the second-oldest player to score in franchise history after Allan Stanley, who was 41 years 252 days when he scored a goal on Nov. 8, 1967.

“Does this mean I have to play a couple more years,” Thornton said afterward playfully.

In a fun twist, Ottawa rookie Tim Stuetzle, who celebrated his 19th birthday on Saturday, scored as well. It was the first time players on opposing teams that were separated by 20 years scored since 2018, when 19-year-old Brady Tkachuk did it for the Senators and Matt Cullen, 42, did the same for the Pittsburgh Penguins.

Including Mitch Marner, Toronto has now got goals from each of three players on its first line and two goals and five points from captain John Tavares, who anchors the second line.

The Maple Leafs caught some by surprise by waiving veteran centre Jason Spezza on Sunday. The 37-year-old registered the 600th assist of his career on Friday against Ottawa, the team for which he played from 2002 to 2014.

His agent, Rick Curran, told Sportsnet that Spezza will likely retire if he is claimed by any other team. The native of Southern Ontario signed as a free agent with Toronto in 2019 to get an opportunity to play for his hometown team.

The Maple Leafs also waived Aaron Dell, their No. 3 goalie. Dell may be of interest to several teams including the Edmonton Oilers, who placed backup Mike Smith on long-term injured reserved on the weekend.

The Oilers already sported goaltending that was not beyond suspicion, and starter Mikko Koskinen has allowed nine goals in three games with an .892 save percentage. Edmonton is 1-2 with another game to play against Montreal on Monday before it travels to Toronto for matchups with the Maple Leafs on Wednesday and Friday.

Toronto will also be without rookie left wing Nick Robertson, who sustained a knee injury in his regular-season debut on Saturday. The team was awaiting results of an MRI before knowing how much time he will miss.

The season is off to an imperfect beginning but soon more will be known. The Maple Leafs are 2-1 after battling back on Saturday. 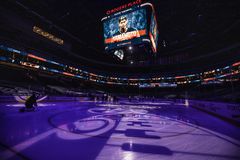 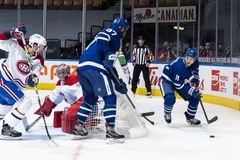 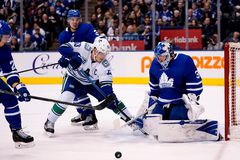