In the mid-1980s, the people who controlled Major League Baseball decided to blow it up and start over.

Fresh off his success staging the Los Angeles Olympics, Peter Ueberroth had taken over as commissioner. Ueberroth, a committed frugalitarian, thought the economics of baseball were broken. He urged team owners to spend less and to do so in concert. Which they did, so enthusiastically that the free-agent market collapsed for several years.

Former Blue Jay Jack Morris, one of the great pitchers of his era, had the misfortune to be looking for work during that period. Only his own team made him an offer. Montreal Expo legend Andre Dawson found himself in the same bind. In order to get a job, he had to take a pay cut.

This is the dictionary definition of collusion. The courts agreed, eventually awarding the players and their union US$280-million in damages.

Ueberroth walked the plank, but the distrust between employers and employees festered. That led directly to the lost season of 1994. It took the sport most of a decade to get back on its feet.

Memories are short, but not in baseball. Baseball people still talk about Babe Ruth like they saw him play.

That is the background against which we might view an innocuous recent statement by Atlanta Braves general manager Alex Anthopoulos.

The former Blue Jays boss was always a muser – every one of his comments went on at some length, without ever saying much. It’s one of his skills. But this week, speaking about Atlanta’s plans for the off-season, he wandered too far afield.

“We’ve had time to connect with 27 of the clubs – obviously the Astros and the [Nationals] being in the World Series, they were tied up – but we had a chance to get a sense of what the other clubs are going to look to do in free agency, who might be available in trades.”

That whole thing is a commonplace except for two words – “free agency.”

The MLB Players Association flipped its lid. Anthopoulos’s comments “call into question the integrity of the entire free-agent system,” it said in a statement.

MLB is mounting an investigation. In an attempt to defuse that before it gets a head of steam, Anthopoulos walked the whole thing back.

“I misspoke and apologize for any confusion,” he said in another statement.

Misspeaking is a real problem these days, mostly because people don’t understand how it works. It’s actually simple.

For example, if I tell you I haven’t paid my taxes in 10 years, that is speaking.

But if it turns out you are working undercover for the Canada Revenue Agency and taping our conversation, that is misspeaking.

If Gimbels has a few bad years, it can expect to go bankrupt (which it did). The last time the Miami Marlins had a good year, Facebook didn’t exist. And the Marlins’ value rose this year.

Baseball clubs only appear to be in competition. That is the great illusion of the sport. It is cloaked in the ethos of the playground – that you will try your best, I will do likewise and the best kid will win.

Macy’s and Gimbels were competitors. MLB clubs are partners. One team might win this year, or next year, or never. That doesn’t really matter. But in order to thrive long term, all must prosper. That’s an absolute.

People choose to pretend this isn’t the case. That the Yankees and Red Sox will do anything to kill each other, despite the fact their financial interests are intertwined.

The NBA, NHL and NFL combat this problem of optics with a salary cap. Everyone has a certain amount of money to spend, so they spend it. In this environment, widespread collusion doesn’t work. Theoretically.

This doesn’t stop teams from monkeying with the free-agent process, or submarining each other when it comes to acquiring this or that player. But that’s fun stuff. Fans love the intrigue, and players like that it tends to drive salaries up (if only for a few).

Baseball doesn’t have this advantage. That’s its own fault – owners and players alike. The failure to adopt a salary cap creates a boom-bust cycle.

For a few years, teams spend like drunken sailors in order to win. In the last boom, teams gambled huge sums on players in their early-to-mid-30s. Unsurprisingly, the majority of those bets did not pay off.

Eventually, everyone re-realizes that baseball doesn’t work like other businesses – there is no need to spend money in order to make it. Then the market collapses.

That’s how you arrive at the current lack of demand for free agents. I wouldn’t call it collusion, exactly. I’d call it faddism. Once someone stumbles on a “new” way of doing things, everyone else rushes to copy them.

Today’s fad is the tank. The resultant cost savings are a side effect. Things will turn the other way eventually. The only consistent thing is the wrangling over the spoils.

Everyone involved in MLB ought to think hard about how deeply they want their customers considering this. Yes, the players are getting jobbed right now. Ten years ago, it was owners. That wheel keeps turning.

But all these parties are in collusion. Owners prop up other owners. Executives hire one another back and forth. Players exert enormous pressure on each other to continue inflating salaries. Greed is stacked upon greed, everyone assuming the pie they’re fighting over will expand endlessly.

On the one hand, that’s how a modern sports league operates. On the other, it’s the same principle for a house of cards. 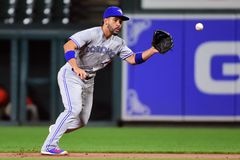 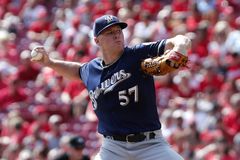 Opinion
It was impossible not to fall in love with the unlikely World Series champion Nationals
October 31, 2019 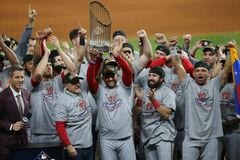