In its philanthropic desire to get us back to normal life, Major League Baseball is doing what it does best – fighting over money.

The poster boy in this struggle is Tampa Bay pitcher Blake Snell. Snell won a Cy Young Award in 2018. That turned him from a nobody into a spokesman for the game. Sadly, it did not turn him into Winston Churchill.

Snell was asked this week about a proposal by club owners that players accept a 50/50 revenue split for a shortened season. Functionally, this is a salary cap – something ballplayers have resisted for decades.

The smart answer here is a non-answer. Something like, “You know what I wish for? A chance to squint at a sky so blue that it hurts your eyes just to look at it. To feel the tingling in your arm as you connect with the ball.”

“Isn’t that from Field of Dreams?”

“Sorry, my WiFi just cut out.”

Nurses are heading into the Hot Zone every day for 75K a year. A man who is set to earn US$7.6-million for playing catch should not be out in public complaining about his wages.

“Bro, I’m risking my life,” Snell said. “If I’m going to play, I should be getting the money I signed to be getting paid. I should not be getting half of what I’m getting paid because the season’s cut in half, on top of a 33-per-cent cut of the half that’s already there. So I’m really getting, like, 25 per cent. On top of that, it’s getting taxed. So imagine how much I’m actually making to play.”

Sure thing. If Snell’s math is correct (editor’s note: it isn’t), and assuming he is a Florida resident, he would end up making about $1.2-million this year.

Granted, it’s an insulting number. One million? For that curveball? I mean, did Snell fall asleep in the United States and wake up in Soviet Russia? Bro, I’m asking you, bro. Bro?

Snell has every right to choose not to go to work. We all have that right. For the rest of us, that means poverty. For Snell, it means not being able to buy a different dirt bike for every day of the week.

But there is a chasm of difference between what is within your rights and what plays well with your audience.

Let’s take it as a given that no one with real talent plays for the love of the game. They play for money and status, in that order. They may also love the game, but that’s a side-effect of all that money and status.

Let’s also assume that each of us would like to be paid as much as possible to do our jobs.

However, the rest of us aren’t quoted in the papers telling people we couldn’t even consider going back to the office for less than a million bucks. If we did do that, even our mothers couldn’t love us.

What’s surprising about this isn’t that athletes are self-interested. It’s that they still haven’t figured out how to talk about money without sounding like entitled nitwits.

Comparatively, ballplayers are the hard-working heroes in this class struggle. They’re just simple, cornpone millionaires trying to get what’s fair from the crooked, moustache-twirling billionaires who own the clubs.

They don’t even have to think up their own talking points. Superagent Scott Boras has done that for them. He pointed out that the MLB’s franchises have all made exponential leaps in value in recent years, none of which is passed on to the players.

“You don’t privatize the gains and socialize the losses,” Boras said.

What he or she doesn’t like so much is Snell’s “A deal’s a deal, bro. Just dump the money on my lawn. The gardener will collect it. No, the other gardener. The money gardener.”

Especially not when Joe Lunchbucket is currently out of work, maybe forever.

The done thing in these cases is to wring our hands and wonder if the game will survive this latest blow to its simple majesty.

Of course it will, because no one really likes ballplayers any more. We admire their ability. We may like certain charismatic individuals – the ones who aren’t dumb enough to complain about their taxes on a live feed.

But we don’t like ballplayers as a collective. They make too much for doing too little. They’re tone deaf to the concerns of normal people. In the public imagination, ballplayers are muscly chief executives – over-compensated and under-empathized.

Professionals in other sports are facing the same sort of wage declines, but have resisted the urge to shout about it on the internet. There’s something about baseball and money that separates people from their common sense.

Thanks to Snell and a couple of others, the owners have already won this public-relations battle.

At some point, a deal will be reached and the game will recommence. Not because anyone feels a patriotic need to bring succour to the unwashed, but because there is only so much Call of Duty one can play before it gets boring.

Everyone in baseball will continue to get rich, if not quite as rich as before. In short order, they will forget this happened.

But they will continue to wonder why no one cares about their problems. It’s because they didn’t care first and made the mistake of telling everyone about it.

MLB owners approve proposal for starting season in July
May 11, 2020 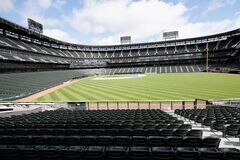 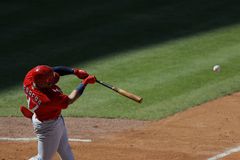 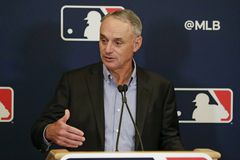