Among the many sad and disappointing things about Thursday’s basketball game in Toronto – basketball among them – Drake stood out.

He arrived later than normal, flanked by bodyguards. He came out of the tunnel laughing a little too hard and slapped more hands than usual.

Over on the Cavaliers bench, his recent sparring partner, Kendrick Perkins, pretended not to notice. Drake sat down and angled his body toward the Toronto Raptors bench. And that was it.

Where he would normally have stood up and started shouting, getting in Dwane Casey’s way as the coach stalked the sideline, he just sat there. No jawing with the opponents, no encouragement, no nothing. This was Toronto’s first citizen tamed.

A lot of people hate Drake. We’ve never liked tall poppies and the man is a horticultural miracle. But even the most cynical types must have felt a little something for him right then.

Sure, he’s as rich as Crassus and is occasionally afflicted with the tone deafness of people who no longer mix with average folk. But his Joycean obsession with Toronto is self-evidently authentic. All by himself, he’s made the city mythic in pop culture. He is to the capital of Ontario what Dante was for hell.

This has never helped Drake. More often than not, it hurts him. It was plainly doing so again on Thursday. He had to know people were enjoying watching him come down a few notches in real time. As the most famous person in attendance, it was inevitable he would be the butt of every joke. But he came anyway.

As bad a week as the Raptors had, Drake’s was more terrible by factors. He came knowing it would probably get worse.

He went out in public and picked a fight with a man he could not possibly hope to beat. He was ruthlessly mocked in all media, old and new. The NBA leaked the fact that he’d been put in the timeout corner. Then his just-as-famous ex-girlfriend sideswiped him in Vogue.

Around the world, people took enormous glee in rubbishing Drake (an old pastime and an easy target) using the Raptors as the wedge in.

The ‘LeBronto’ meme everyone’s enjoying so much isn’t aimed at Toronto (most Americans couldn’t find the city on a map of the GTA) or the team. It’s a ‘screw you’ meant for just one person. And, regardless of where you live in Canada, that guy is one of ours.

It’s a truism in sportswriting that you do not root for a result; you pull for the story. It is better to lose awfully than win averagely.

‘Drake’s humiliation mirrors Raptors’ fall’ is a paint-by-numbers metaphor for what’s happened to the team. The story writes itself.

But I can’t get myself there. I admit that I have failed in my duty of objectivity – I feel bad for Drake. I feel for him in a way I could never feel for any professional sports franchise.

Humiliation is baked into the experience of being paid to play a game. It’s as necessary as the scoreboard, because there can’t be ecstasy without agony.

Players recognize and accept that. Most embrace it. Being professionally disgraced gives them a chance to exhibit everyone’s favourite athletic virtues – resilience; stoicism; poise. No man is ever so manly as when he is out in public taking rhetorical licks for his mistakes.

Since these mistakes have no moral aspect, they are easily forgotten. Win the next year, score the next night, and your achievements are amplified by all that adversity you’ve overcome (which does not amount to much adversity).

You could go so far as to say some players are paid to fail, since someone must for the drama to retain its narrative energy.

You could see that on the faces of the Raptors after Thursday’s surrender. They know enough to look shell-shocked and chagrined, rather than peevish and annoyed. This drama has its parts, and the losers know theirs just as well as the winners. Everyone’s playing a type.

The fan isn’t. The fan feels this quite genuinely. He or she has invested themselves in just one outcome. They don’t get paid either way. No one will ever congratulate them on handling disappointment with grace.

Being a true fan is a surrender of dignity. You’re out in the world saying you believe in something, and thereby risk looking stupid when that something doesn’t reward that belief. The players make millions of dollars. They can’t ‘lose’. Only their supporters can.

On that basis, no fan has ever been more committed than Drake. He was pumping the Raptors’ tires on ESPN back when they were a shambles, and people laughed at him for it. He took on the franchise as a volunteer project when they were about to blow the team up. That’s the reason he was brought in – as MLSE’s unpaid public-relations cover.

Raptors’ ownership promised him he could redesign the team’s look. When a major change no longer seemed necessary – since all that Drake-adjacency made the club suddenly cool - they unpromised that.

Drake didn’t take any money, nor did he complain when he was patted on the head and told to go away. There was only one winner in this bargain. It wasn’t Drake.

Out on the court, he is the fan most of us would be if we had the chance to live like pashas and strangers were interested in us.

He is Toronto sports’ drunk uncle – making a spectacle of himself at Sunday dinner, lint-rolling, pretending to want to fight men who are the same size as a shipping container. If you don’t think that’s fun, you’re probably not capable of it.

For an honest-to-God rock star, there is a lot of Walter Mitty in Drake. He’s living the way people dream they would if they had the chance.

Seeing him brought low for the sin of caring too much, of embarrassing the rest of us by showing it, of being so damned Canadian pains me.

No team is the city. Therefore, the city needn’t take its failures personally. But Drake, in many ways, is. It does us no credit to mock him for it. 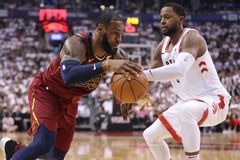 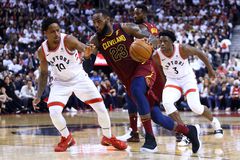 Opinion
The Raptors are far removed from that championship ‘it’ factor
May 3, 2018 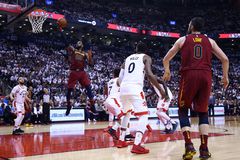