One is trying to imagine the speech prep Houston Astros owner Jim Crane was given before going out to take questions about the team’s cheating scandal this week.

“Say you’re sorry, but not what for.”

“Having never addressed this in any substantive way, say it’s long past time to move on.”

“If you get confused, double down.”

“Now get out there and start digging.”

In the history of bad news conferences, the result was Neville Chamberlain-level stuff.

Crane is not what you’d call an electric speaker. He has the lazy diction of a man used to being heard. He seemed genuinely baffled when reporters declined to take his word as final. Not angry exactly, but as if he were hearing a new language for the first time. God, it must be great to be rich.

Asked if he felt bad for the New York Yankees, who got cheated out of the 2017 pennant by the trash-can-banging Astros, Crane said, “Our opinion is that [sign stealing] didn’t impact the game.”

Less than a minute later, someone incredulously asked if he was actually suggesting that knowing which pitches were coming did not have any effect on the game’s outcome.

“I didn’t say it didn’t impact the game,” Crane said.

Let’s try a real-life example of this. I’m going to throw this rock at your head. Are you possibly or possibly not likely to duck?

Another laugh line – had the Astros cheated?

“We broke the rules and you can phrase that any way you want,” Crane said, suddenly turning this into a Semantics 101 lecture.

“I just hope that we can put this behind this and go ahead and play baseball,” Baker said.

That wasn’t much help.

Nothing new happens in our culture any more. All our ideas are recycled. But one area in which western civilization has made vast strides in recent years is the art of the apology. This is boom times for saying you’re sorry.

People are sorry for everything, including things they had nothing to do with. Because humans have finally figured out two important things – that it’s easier to apologize than it is to explain; and having apologized, you often aren’t expected to do anything about it.

One of the main advances in apology technology is co-opting the perspective of the wronged party. That’s where, “I hope we can move on,” comes from. You know who gets to move on? The people who got jobbed. That’s their call to make.

And yet here we have the Astros, hangdog and miserable about the “choices that were made” (third baseman Alex Bregman’s formulation) without providing any detail about what those choices were. It’s a shabby spectacle and, let’s be honest, a lot of fun to watch.

You know what I wish Crane had done? I wish he hadn’t apologized.

I wish he’d come out and say, “Yeah, we did it. We’re not sorry. You’ll have to pry the trophy out of my cold, dead hands. Nyah nyah nyah nyah nyah.”

And then kicked the table over and walked off.

Because that’s what Crane means. That’s what all the Astros mean when they’re weaselling their way around non-specific admissions of guilt. That they aren’t sorry at all.

Athletes don’t have to be sorry for cheating because cheating is an elemental part of sports. The entire enterprise is built on finding shortcuts to success – some legal, some not, some flagrantly so. That’s why there are rules. Not so people will follow them, but so that everyone knows what happens once people don’t.

The system starts to pop fuses when the penalty is not commensurate with the offence. Once someone gets away with it, everyone else is incentivized to do the same thing. And then it’s chaos.

That’s what the coming baseball season is really about. Not whether cheating can be eliminated from the game. It can’t. But how much cheating is permissible.

Evidently, in baseball, that means quite a bit.

The Astros didn’t suffer in any substantive way for their crimes of honour. A few million bucks in fines, a few draft picks lost, pressured to fire their GM and manager (which they would have done in a few years anyway).

Since the GM doesn’t pitch in one-run games, that’s less than a wash. It’s a pinprick. None of the players – the apparent creators and drivers of this scheme – were sanctioned.

Crane bought the Astros a decade ago for US$680-million. Today, it’s valued at US$1.75-billion. I’m sure he feels terrible about how all this has worked out.

A former Blue Jays pitcher, Mike Bolsinger, is suing the Astros, claiming their scheme ruined his major-league career. That’s a debatable point that we’ll never get to debate because there is no way the Astros will let this get to a discovery phase.

No one in Major League Baseball wants the intricacies of this business – who said what to whom and, most importantly, who knew what when – put on the record. It’s too easy to slip Bolsinger a few bucks and tell him to take a hike.

In a few years, this won’t be a scandal. It will be lore. It’ll be a great story told around baseball’s collective campfire. Eventually, they’ll all write books crowing about it, while also apologizing mechanically.

Because, within limits, cheating is good for business. We’re not talking about game-fixing cheating. That upsets the bettors who keep sports alive. We’re talking about red-blooded American cheating. Honest cheating.

From the vantage of a couple of months ago, would you have watched the Astros’ September series against the Yankees in New York? Probably not. Will you now? Probably. Because seeing the Bronx crowd go bananas every time an Astro is at the plate will make great theatre.

Houston will be the best-attended road team in baseball this season, because everyone who loves the game will want to take a pop at them in person. Who doesn’t want to see them all get perp-walked into the batter’s box?

Baseball’s limp censures left the Astros just as much a powerhouse as they were last year. Every preseason simulation has them as a virtual lock to make the playoffs. That’s even better theatre.

All theatre requires villains. They’re hard to come by in sports these days, what with every pro positioning himself as a human brand. Every utterance, every Instagram post, every off-season gesture is curated to within an inch of its life. It makes for a sterile environment.

You begin to pine for the Ty Cobbs of the world – genuinely bad people who were also great players.

So villains must be manufactured.

That’s what baseball has done here. It’s turned the Houston Astros into the black hats of pro sport. No one in the Houston organization seems to have tweaked to this yet. They don’t realize that their real punishment is the lack thereof.

Now the rest of us get to enjoy watching them skulk around baseball, begging forgiveness for a while, and eventually giving up and leaning into their bad-guy status. In the end, this will make them far more iconic than any trophy. It’s a storyline that will give and give.

This is why cheating isn’t just tolerated, but tacitly encouraged. Because it gives the rest of us a reason to care. Caring means eyeballs, which means money, which means higher stakes, which means more cheating. It’s the commercial circle of life.

That’s why cheating will never be eliminated. Nor should we want it to. 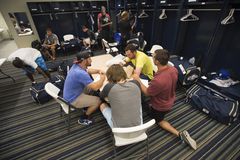 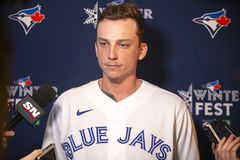 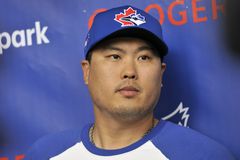