Blue Jays manager Charlie Montoyo is a baseball expert. He played the game professionally. He’s been teaching it at the highest levels for decades. When Montoyo has something to say about hitting the curveball, I’m all ears.

What Montoyo is not is a health expert. Yet, again and again, it’s poor Charlie Montoyo who is pushed out by the Jays to explain what is happening as Major League Baseball’s 2020 season collapses around them.

On Thursday, MLB postponed Toronto’s three-game weekend series against the Phillies in Philadelphia. Two members of that team – a staffer and a coach – have tested positive for coronavirus. This result comes four days after Philly finished a series against MLB’s plague ship, the Miami Marlins.

This leaves the Jays stranded in Washington, where they finished up Thursday night. If the Nationals allow it, they may stay in D.C. ahead of starting up again in Atlanta on Tuesday. Or they may head up to Buffalo. Or they may find a parking lot and see if they can get a bunch of tents at Walmart.

When you want to know what’s going on in this rapidly changing situation, the person who ends up explaining it is Montoyo. And, God bless him, Montoyo is not the right person to be doing that explaining.

He is a lovely guy and a wonderful public face for the franchise. But he doesn’t exactly fill you with confidence that the baseball’s coronavirus plan is air tight. Or sealed. Or covered loosely with a tarp.

“That’s a good point. And they’re trying. It’s only been a week of games and you’re trying to change people’s minds over [things] that have been done for over a hundred years in baseball. … Little by little, we gotta stop that.”

Or Montoyo on whether the Jays will in future be accompanied by a COVID-19 compliance officer:

“I don’t know about that yet. There’s a rumour about that.”

Or Montoyo on a report that, from now on, the team will be confined to its hotel:

“I think that’s coming, but I haven’t really gotten the rule yet. But I heard it just like you have, that there’s a rumour that’s coming.”

Shouldn’t they probably have done that the whole time?

“Yeah.” (Then a quick shift in tone.) “It’s just not that easy. People have families and stuff. But I’m not making excuses. … Not everybody believes the same thing that everybody does. It’s almost like politics, you know what I’m talking about.”

Montoyo delivered this whole spiel with enormous good humour. It’s clear he wants to be clear. It’s also clear he has no real idea what the rules are, how they should work or why anybody’s telling him to do anything.

If Montoyo thinks standard physical-distancing rules can be achieved “little by little” – though the pandemic doesn’t care how irritating they are – he is not the man to be enforcing them.

If Montoyo thinks the team can be of two minds – “like politics” – about who the players see, and under what circumstances, and then get on planes together to go to new places and see new people, he is even less so.

What really jumped out was the moment Montoyo tried to explain the protocol surrounding family visits on the road.

“Before the family comes here, we send them tests. And they have to be tested before they get to our players,” Montoyo said.

So you send them tests. They take them. They send them back. Then they get in a car or a plane or whatever and come to you.

Since we are all minor-league epidemiologists now, we can all see the flaws – multiple – here. What if they were infected, but not yet showing positive when they were tested? What if they got infected on the way to you? The only way to ensure people are pristine is to quarantine them before they are tested and cleared. Montoyo didn’t say anything about a quarantine. Just a test and a trip.

Philadelphia just found out how well that works. The Phillies last came into contact with the Marlins on Sunday. Their employees didn’t test positive until Thursday.

Though Montoyo continues to refer to what baseball has going as a “bubble,” it is nothing of the sort. Apparently, it’s completely porous. By his own admission, people are coming in and out of it all the time.

The same players who are being told not to fistbump their (repeatedly tested and cleared) teammates are then permitted to leave the team hotel and meander around Florida, Arizona, Georgia or wherever.

(Montoyo did say the Jays “are trying to stay put” in their hotels already. One wonders how much work the word “trying” is doing in that sentence.)

However you parse it, this isn’t health and safety. It’s health-and-safety theatre. By saying the words “health and safety” often enough, baseball has convinced some people that’s what it is doing.

In fact, it is doing the opposite. MLB’s COVID-19 plan ought to called its sickness-and-danger protocols.

None of this is Charlie Montoyo’s fault. He’s like the rest of us – someone with no scientific expertise figuring this thing out on the fly. Except most of the rest of us are not delivering updates to the media.

So why are the Charlie Montoyos of baseball the ones out there explaining the plan?

Because baseball’s decision-makers a) evidently have no better handle on how this should be working, and b) don’t want to be on the record when this falls apart entirely.

Until then, everyone gets to pretend baseball has this whole shmozzle under control. You don’t believe that’s true? Just take a look at Charlie. Does he look worried to you? 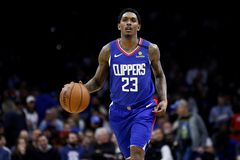 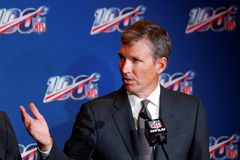 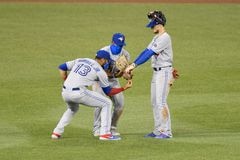