The last pro sports event anyone attended in Toronto was Maple Leafs v. Lightning on March 10.

But that unremarkable Tuesday night at the hockey game already felt like a bad idea. We knew to a certainty this thing was coming for us.

From the Scotiabank Arena press gondola, you had a panoramic view of the 20,000 or so people in attendance. All of them were breathing and touching each other and yelling. There was a strong urge to get up and leave mid-game.

That urge is back, but for a very different reason.

Nearly four months to the day since it ended, the Toronto Blue Jays opened their “summer training camp” to the media on Thursday. A few dozen reporters were allowed in to watch the evening intramural game.

None of the rest of you are going to a Major League Baseball game for a long time. That’s a small mercy, because this is not an experience you want to pay for.

In the morning, you fill out a questionnaire assessing your health. Are you tired? Does anything hurt? All the time, baby. Every single day. It’s called the pain of existence.

In the late afternoon, you show up hoping to be let in. You line up in the beating sun. You’re sweating like an animal.

First, you are metal detected. Then your bag is wiped down. There is some confusion about handing the bag to you on the other side of the metal detector, but there’s nothing to be done but hand to hand.

This is why the World Health Organization employs 7,000 people. To figure out bag passing.

After a long wait, you are admitted to Station 1. This is very like the scene-setter in a disaster movie where the clueless astrogeologist is barked at by uniformed types in a temporary military command centre.

You’re asked the same health questions as the morning (“Is your ache worsening?” Constantly, man. Buddha spoke of this.)

Do you have COVID toes? I don’t exactly know what COVID toes are, but my toes seem fine.

Your temperature is taken twice.

Off to Station 2. There you are shown two enormous, boilerplate documents. Were you to closely read them, you’d miss first pitch and that isn’t for 90 minutes. The second document must be witnessed – I assume that’s the “in case of death” one.

When you try to hand back the pen, they look at you like you don’t watch the news or something. It’s your pen now.

A small media viewing area has been set up overlooking home plate – primo seats. Everyone is at six feet distance. The music is blasting because baseball players are incapable of doing anything in silence.

Everybody is wearing masks because everyone is Canadian and we like rules. Problematically, when you are wearing a mask, sitting six feet from someone and hip hop is hammering in the background, you cannot have a conversation. You have no idea what anyone’s saying.

Your mood is not improved by the fact that you’ve decided to wear real pants for the first time in four months. Pants with cuffs and a belt and all. That is a horrible reckoning that will scar you for the rest of the summer.

When you want to talk to Bo Bichette, you do so by Zoom. Fifteen minutes before, he was right there in front of you taking batting practice. If the music weren’t so loud, you could’ve shouted your questions down at him. But now here he is being beamed in from Mission Control somewhere.

“We’re going to have create our own adrenaline,” Bichette says. “We’re practising that now.”

Keep practising. Because there is no adrenaline. Baseball without people in the stands is an exercise in somnambulance. The pace is too stately and the rituals too ornate.

An under-filled baseball stadium is already the most depressing venue in sports. But an empty one? It’s pointless.

Knowing this, the Jays tried to lean heavily on bursts of futurism. Bichette (aged 22) was pushed out in his new role as team spokesperson and clubhouse wise man.

The fresh face to balance him was first-round draft pick Austin Martin. Martin, 21, was the best position player available in the recent draft. The Jays just paid him like it – a US$7-million signing bonus. He’s headed up to Toronto shortly.

Martin seems delightful. He said the Jays were one of his dream destinations. That can’t be true, but it’s nice of him to lie.

The highlight of this momentous unveiling of the next Derek Jeter was Martin blanking in the middle of a question and then saying, “I think someone just rang my doorbell. So I’m gonna … I’m sorry.”

And then he left.

That’s the 2020 MLB season in miniature. Sort of like what you’re used to, but a little stranger and with the constant threat of an incursion into your living space.

The game itself had more in common with Kabuki than pro baseball as it is traditionally understood. There was no preamble. The players just walked out on the field. The music kept hammering, but was cut as the pitcher entered his stretch.

The silence in those moments was eerie. Someone in the outfield yelped when an early batter was nearly hit. It sounded like someone dropping plates in a restaurant kitchen.

From that point on, his teammates understood that anything they said above a speaking voice would be recorded. So they stopped talking.

It will go on like this until the end of July. The same guys playing each other every day, in a milieu so silent you can hear traffic on the nearby Gardiner Expressway. This isn’t pro baseball. It’s pro baseball cosplay.

“The beautiful thing [about being in Toronto] is that [the youngest guys] are getting to see what the big leagues are like,” manager Charlie Montoyo said.

For months or years, none of us will be. 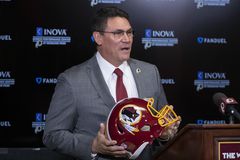 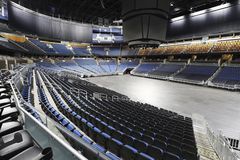