Before heading off on their midwinter break, the Toronto Raptors did themselves an enormous favour. They lost.

You, too, can imagine how this happens. You’re packing for vacation. You’ve left it all to the last minute. You’re in the midst of explaining to yourself that, ‘I’m sure they have a washer/dryer at the condo’ (spoiler alert: they won’t) and jamming dirty clothes into a plastic shopping bag. Then you forget to hand in all that work you said you’d finish before you left.

This is how one of the best teams in the league loses comprehensively in New York to the Brooklyn Nets, who are just barely a good team in the league.

That loss ended the best winning streak in the history of Canadian pro sport at 15. Good riddance.

Aside from their suggestion that whomever is in the midst of them is proficient at what they do, streaks are a curse.

They create an unrealistic expectation. They invite a lot of rubberneckers. They become their own rationale. It’s no longer “get better” or “save your powder until it really matters," but "keep the streak alive.”

And no one’s ever got a trophy for streaking.

Now the break will be taken up with more measured commentary. Which is a blessing for a team that still isn’t sure what it has or what it is. Is it a dark-horse contender or championship calibre? As good as the Raptors have been (40-15, third best record in the NBA), can they get better?

It’s more than halfway through the season and we can say this about the Raptors – that it’s hard to say anything about them.

This should not have been a good season. Not on paper. The Raptors lost their talismanic player over the summer and replaced him with a void.

No team can do that and be successful, and that is especially true in basketball.

This was meant to be a place-holder season. Neither good nor bad.

Then the injuries started. All season long, the Raptors have been going in and out of the trainer’s room like they’re giving out special prizes in there. The longer you stay, the better the prize.

Above it all, Raptors coach Nick Nurse has been deploying his team as if he’s playing a video game. Weird lineups, off-the-wall plays, schoolyard tactics. The Raptors present you with completely different looks from possession to possession. The organizational mission statement appears to be “Let’s see if this one works.”

The Raptors are doing what isn’t supposed to be possible in the modern NBA, with its emphasis on talent and consistency. They’re out-thinking the competition.

But Nurse’s big brain, the backup play and a large dose of good luck were equally important. What if Kevin Durant hadn’t been hurt? What if Fred VanVleet hadn’t got hot? What if Klay Thompson hadn’t been knocked out of Game 6? What if that dummy in the stands hadn’t shoved Kyle Lowry, prompting Lowry to turn green and go Hulk?

All those things added up to a championship. Leonard was the most important among them, but he was still just one thing.

Now that we’ve seen his new team, the Los Angeles Clippers, muck about for 50 games, Leonard seems a little less than. It isn’t that we overestimated his impact. We just underestimated everyone else’s.

Now, from the distance of several months, we can focus on the things Leonard left behind in Toronto.

First and foremost, that championship glow. The highest hurdle to success in team sports is self-belief. If you haven’t done it before, you’re not sure you ever will. The longer you go without breaking through, the less you believe.

The Raptors were afflicted by that problem. Leonard freed them of it. They’re different now. Even the way they carry themselves – less brittle, nothing to prove.

It’s not confidence, as such, but the lack of non-confidence, which is different. They don’t worry so much, especially late in games. They’ve bought in to all those “one possession at a time” mantras.

Leonard made defence sexy. It has become the benchmark of quality among the Toronto roster. And while defence is part of the game during the regular season, it’s pretty much all of the game in the playoffs. Look at what Toronto did to Milwaukee last May. That’s all defence.

Leonard empowered Nurse. If anything, the feeling when Leonard arrived was that Nurse, as a rookie head coach, was an impediment to his success. What if they didn’t get along?

But Nurse walked a remarkably fine line with Leonard, neither pushing him too hard, nor being too obsequious. Leonard didn’t say much to endorse Nurse, but then he never said anything about anyone. He showed his respect by not complaining.

That gave Nurse the juice to act like the captain of his own ship. We’re seeing the dividends this year. If Nurse hasn’t already won NBA coach of the year, they need to seriously rethink what the award means. Most important, Leonard left in such a way that no one in the organization felt the need to miss him. No long farewells. No teary goodbyes. Toronto had been a way station for Leonard, and he treated it as such as he was catching the last train out of town.

So there was no period of mourning, or temptation to bemoan what might have been. Like Leonard himself, everyone just moved on.

In the end, Leonard gave Toronto one championship. Then he gave it an upside-down reason to win another. If it works out that way – very big “if” – the Raptors ought to give him another ring. 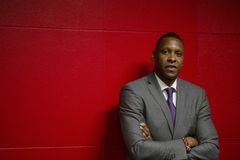 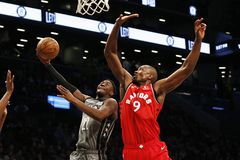 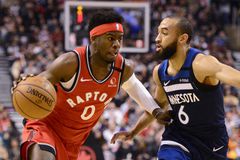