A crack of the bat. An end-to-end rush and a goal. A last-minute game-winning basket. A roar. These are the things that fans love to see, to feel. And when thousands of fans are at a game, it’s more than just cheering – it’s engagement, a shared experience, a moment when an exuberant crowd lifts the home team and themselves.

But in the age of COVID-19, the crowds have fallen silent, because there aren’t any. A game is driven only by events, not by the atmosphere.

Piped-in cheering sounds and cardboard cutouts may be poor substitutes for an exuberant crowd, but sports-fan psychology and marketing experts predict that with some creativity, spectators can still experience the thrill of watching live games.

As major-league sports resume in North America, precautions against the spread of COVID-19 will require athletes to play largely in empty stadiums and arenas. But for fans, watching live sporting events is a social experience, says Jason Lanter, a psychology professor at Kutztown University in Pennsylvania.

Just as a funny movie seems much funnier when you watch it in the company of others, he said, “things can just be more emotional one way or the other when we’re experiencing those [events] with other people.”

In recent years, research into the psychology and neurophysiology of sports fans has yielded insights into how emotional contagion, brain function, and the human need for social engagement contribute to the excitement of cheering along with a crowd. Researchers say the pandemic will now test how well the sports industry can replicate the effects of some of these factors, using virtual technologies, social media, and novel marketing and media-production strategies.

The atmosphere of a packed stadium is created, in part, by the role of mirror neurons, certain cells in the brain that are activated when you see or copy the actions and facial expressions of other people, says Hyun-Woo Lee, an assistant professor in the department of health and kinesiology at Texas A&M University. Activation of these mirror neurons not only gives you a sense of vicarious achievement of the athletes you’re watching, it allows you to share those feelings with fellow fans around you, he said.

These neurons, for example, are involved when you participate in a crowd chant or perform the wave, he explained.

“Those kind of bodily movements build a shared experience,” Lee said, noting it creates a sense of oneness.

Emotions can be contagious and spread throughout a large group, though not always with positive outcomes, Lanter added. People tend to be more rational when they are alone than when they are part of a crowd, in which they are more likely to get swept up in the moment, he said. This can lead to a feeling of euphoria, but it can also cause people to behave in ways they normally wouldn’t, as in the case of sports riots.

It remains to be seen whether this kind of contagion occurs virtually, as teams and fans now engage with each other at a distance through live Twitter feeds, online message boards and text messages, Lanter said. Judging by how a single online troll can change the tone and direction of a message board and trigger a cascade of responses, “it can potentially happen,” he suggested. “But I’m not sure if it’s the same thing as what would be experienced face-to-face.”

Even for television audiences at home, seeing stands full of excited fans adds to the appeal of watching live games, said Cody Havard, associate professor of sport commerce at The Kemmons Wilson School at The University of Memphis.

Before the pandemic, television audiences were unlikely to enjoy games played in front of sparse and unenthusiastic crowds, he said. But if they flipped to a channel showing spectators going wild, they were far more likely to stay tuned.

Now, with fewer choices of televised live sporting events, and with pent-up demand over months without them, Havard said people seem eager to begin watching games again, even if they’re played in silent arenas. Adding prerecorded crowd sounds could help fill the void, he suggested, as could camera cut-aways showing the reactions of live viewers at home.

Havard said teams, leagues and broadcasters are now challenged to see how creatively they can build excitement and camaraderie among fans in other ways. For example, he noted, the San Francisco Giants baseball team is offering to make cut-out images of its season-ticket members to fill the seats of its home stadium. He suggested ideas like this could help fans continue to feel involved.

At the University of Western Kentucky, psychology professor Rick Grieve was skeptical about whether it is possible to replace the live crowd experience.

“I think anything you’re going to do to kind of try to replicate a crowd is going to come off as fairly artificial,” he said.

Nevertheless, he noted, the thrill fans feel is not just tied to who they’re with, but how well their team fares. And the sense of connection fans experience extends beyond the games themselves, he said. For instance, a Vancouver Canucks fan may instantly feel an affinity for a stranger in a Canucks jersey, because they are part of the same club.

Silvia Knobloch-Westerwick, a professor in the school of communication at The Ohio State University, said whether we can see them or not, we are constantly thinking about and envisioning other people’s responses. Thus, she said, even if we watch sports without a live audience, “in your mind, you will have a certain simulation running.”

As social creatures, humans are hard-wired to empathize with others, she added. So if television cameras focus on players’ facial expressions and what they say and do, as opposed to crowd reactions, spectators at home may gain a better sense of the players’ emotions, she said.

Knobloch-Westerwick said we should not overlook another feature of the human brain – its ability to get used to things.

As a fan of German Bundesliga soccer, she said she quickly forgot about the empty stadium seats when she watched her first game of the pandemic after the league resumed playing in May.

At first, “we were all sort of holding our breaths, thinking ‘Oh, gosh, this doesn’t feel right,’” she said. “But then maybe 10 minutes into the game, you think, ‘Oh, why is he not playing that pass?’”

Where do superfans stand on the return of sports? We asked seven fanatics across the country
July 10, 2020 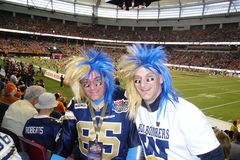 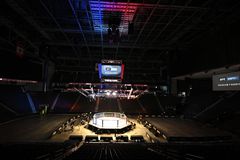