His baseball team is flailing, attendance is down a quarter over the past two years and veteran players – even the manager – can see the writing on the wall.

“We have weathered a great deal of the storm,” Atkins said during a recent interview in his office at Rogers Centre. “There’s no doubt we have gone through some tough times as an organization in ’17 and ’18. But … we feel very good [about] the overall depth of our system and concentration of very, very good players at upper levels [who are] close to being ready. That is a great transition to be in."

Most of Atkins’s optimism stems from Toronto’s minor-league system, which is brimming with talent, much of it on the cusp of prime time. Major League Baseball’s prospects list features five Blue Jays among the top 100. Baseball America recently pegged the Blue Jays as having the third-best farm system in the majors, behind only the San Diego Padres and Tampa Bay Rays. At the start of the 2016 season, the first with Atkins at the helm, the Blue Jays were ranked 24th out of 30 teams.

“We’re going to have financial flexibility," Atkins said. "We’re going to have a core group that not only is very talented and has played together for some time, but will be transitioning together and learning what it means to win at the major leagues together.”

While Atkins is bullish about the Blue Jays' future, he will not predict when it might challenge the Boston Red Sox or New York Yankees in the AL East.

“The hard part with transition to understand ... is how long it takes that team to become the best they can be together. Whether that takes a year and a half, or two, or 2 1/2, we’ll see.”

Whether these young players will lead Toronto to the promised land is, of course, the big question. They look great on paper, but are largely untested at the big-league level. Here are some players the Blue Jays will be looking to.

Son of Hall-of-Famer Vladimir Guerrero, this 19-year-old minor-league prodigy – considered the top prospect in baseball – is the prime reason for the Blue Jays' excitement.

Since being brought into the fold in 2015 for a franchise-record US$3.9-million by former GM Alex Anthopoulos as an international signing out of the Dominican Republic, the third baseman has been a sensation at every level of the minors. Since joining Toronto’s Triple-A team in Buffalo at the end of July, he’s hit home runs in four successive games and has flirted with a .400 batting average.

The Blue Jays have been guarded about whether Guerrero will make the jump to the majors this year, or more likely, in 2019. With injury-plagued Josh Donaldson a free agent at the end of the season and his future in Toronto a big question mark, the timing appears right for Guerrero to take over. You’d be hard-pressed to find any big concerns about Guerrero’s potential upside in the majors, but there is some question as to his ability to provide sound defence at the hot corner, given his size. He’s listed as 6-foot-1, 200 pounds on the MiLB website, but several reports from New Hampshire, where he played Double-A ball earlier this season, suggested he was in the range of 240 pounds.

Another Jays prospect with major-league bloodlines (his father, Dante, played 14 seasons in the majors), the 20-year-old has almost been lost in Guerrero’s gargantuan shadow. However, the Blue Jays consider him to be a key part of the future. Baseball America touts the Guerrero-Bichette tandem as “the best prospect duo in the game” – and Bichette hasn’t even advanced past Double-A, playing shortstop for the New Hampshire Fisher Cats and hitting a solid .275 through 111 games.

The 2016 second-round selection put on a hitting clinic in his first professional season, batting a robust .427 in the rookie-level Gulf Coast League. He has been on a roll since. With the questionable status of Troy Tulowitzki, who hasn’t played for the Jays since July 28, 2017, Bichette appears to be blossoming at just the right time.

The future has already arrived for this gangly 22-year-old right-hander, who made his major-league start for the Blue Jays this past Monday. In a pressure-packed scenario, he more than held his own, allowing three runs off six hits in five innings in a 3-1 loss to the Royals in Kansas City. Reid-Foley, Toronto’s second-round pick in the 2014 draft, is scheduled to start on Saturday in New York against the Yankees, and it will be interesting to see how he handles that pressure cooker. He was 12-4 with a 2.98 earned-run average at Triple-A and Double-A combined this year, and is expected to be a strong candidate to break into the Blue Jays rotation in 2019.

Along with Reid-Foley, Jansen also made his major-league debut on Monday, showing why he is considered a top contender to replace veteran Russell Martin as Toronto’s No. 1 catcher. MLB.com’s sixth-rated catching prospect, and 73rd overall, Jansen is sound defensively. He also boasts a live bat, as evidenced by his home run on Tuesday in just his second big-league game. Toronto’s 16th-round pick in the 2013 draft, Jansen will be given a lot of playing time the rest of the season, with Martin taking a lot of reps at third base.

Toronto’s third-round pick in the 2012 draft, Alford has suffered through a myriad of injuries through the years, but the former football star remains a solid contender to crack the Blue Jays crowded outfield next season. Alford has great speed, which the Blue Jays lack at the major-league level, and the 24-year-old has displayed solid pitch recognition, at least in the minors, where he has a .303 on-base percentage. With a little work, that speed and bat could translate into a top-of-the-order hitter, a spot that the Blue Jays have struggled to fill over recent years.

Alford’s ability to stay healthy could be a concern. He’s been on the disabled list five times since 2015.

To say the 24-year-old lefty starter has been a pleasant surprise for the Blue Jays after being called up from the minors in late June would be an understatement. Borucki has likely cemented his status as a front-runner for the team’s five-man pitching rotation.

He has had continued quality outings, pitching at least six innings in six of his first nine starts in the majors. One of those starts was a terrific eight innings against Seattle on Aug. 3, a 7-1 Toronto win in which Borucki allowed just one run on four hits. Borucki is 2-2 on the year with a 3.29 ERA. 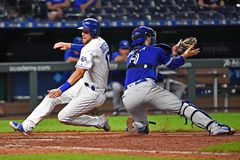 MLB hitters struggle to take the heat, and it’s got officials sweating
August 17, 2018 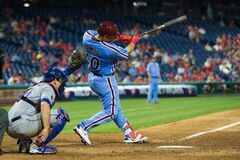 Seventy years on, fans still gather at the grave of the Bambino
August 16, 2018 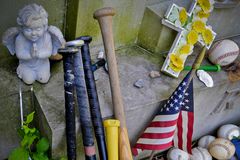