With July internationals already called off because of the global pandemic and the likely cancellation of the Americas Rugby Championship later this summer, Canada’s top rugby players may not see action until October at the earliest.

The waiting could lead to both physical and mental stress for elite athletes used to a training routine and game schedule to peak for.

“I talk to lots of coaches from time to time and none of them are going anywhere. … It’s a strange one,” said Canada coach Kingsley Jones, a former Wales captain. “I think the best we’re all hoping for is November and that includes my mates that are coaching at Tier 1 [countries] that I speak to.”

The Canadian men have not played since Oct. 8, when they were beaten 66-7 by South Africa at the World Cup in Japan.

Canada, currently ranked 23rd in the world, was due to face the French Barbarians on July 4 in Montreal and No. 14 Italy on July 11 in Halifax.

The Barbarians game scheduled for Complexe Sportif Claude-Robillard would have been the first rugby international to be held in Montreal. It also would have marked the opening match of Canada’s quadrennial leading to the 2023 World Cup in France.

The Americas Rugby Championship runs Aug. 15 through Sept. 12 with Canada slated to host No. 26 Brazil in Calgary and No. 29 Chile in Winnipeg with away games at the 16th-ranked U.S., No. 10 Argentina and No. 17 Uruguay.

While the tournament remains on the World Rugby docket, that kind of complicated travel schedule seems unrealistic given the pandemic.

“Sports aside, I just don’t see how government restrictions are going to allow us to do those things,” Jones said.

The Canadian men are then slated to play host to the U.S. Eagles on Oct. 30 at BC Place Stadium in Vancouver as part of the November test schedule.

World Rugby controls the test schedule and it’s up to the governing body to cancel such games, sometimes leaving the announcement late.

“The original fixtures haven’t been officially cancelled yet,” Jones said of the post-July schedule. “So we’re all trying to work behind the scenes to try and have a plan, Plan B if you like – that we know will probably be our only plan.”

There had been talk of the Canadian men heading to Japan in November to play No. 24 Namibia – the World Cup matchup in Kamaishi that never happened because of Typhoon Hagibis. But that, and a subsequent match against No. 22 Hong Kong in Asia, never got off the drawing board.

The HSBC World Rugby Sevens Series, meanwhile, is slated to resume in September with rescheduled events in London (for the men) and Paris (men and women). The World Series has been on hiatus since the men’s Canada Sevens in Vancouver in early March.

There is no certainty the rescheduled sevens events will go ahead in the fall.

In the meantime, Rugby Canada is waiting for restrictions to ease to allow its centralized players to train in small groups.

“At the end of the day, the question is what are we training for?” Jones asked. “There’s no official competition to train for yet.”

It is not realistic to ask elite athletes to train at full speed with no games in sight, he added.

Should the Vancouver test match in late October proceed, Jones says he would likely look to bring his domestic-based players together in September and play some warm-up games in Canada in October, possibly involving the Toronto Arrows of Major League Rugby.

The North American pro league cancelled its 2020 season in mid-March.

On the plus side, the lack of top-level competition ahead of the international windows will affect all teams, and may help Canada’s cause by levelling the playing field given its opponents will not have played. 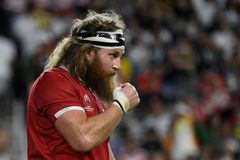 Rugby League-Challenge Cup final postponed due to COVID-19 pandemic
May 19, 2020 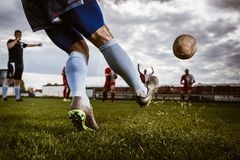 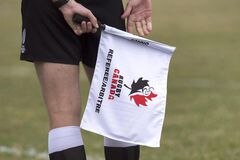