His game sputtering at times this season, golfer Austin Connelly changed some clubs and tried out a new putter this week at the Pan Am Games.

The decision paid off as he helped Canada win bronze in the mixed team competition Sunday at the Lima Golf Club. Connelly, Joey Savoie, Brigitte Thibault and Mary Parsons were third with a 552 total to become the first Canadians to reach a Pan Am Games golf podium.

Connelly, from Lake Doucette, N.S., had a 68 in the final round to finish sixth in the men’s event at 11-under-par 273. He had to balance pushing for a men’s podium over the back nine while maintaining his form so that the mixed placing would hold.

“He really had a goal to provide for the team and to make sure that he contributed so that we could do that,” Canadian coach Tristan Mullally said.

Parsons, from Delta, B.C., threatened in the women’s competition before settling for fifth place. She had a 70 for a two-over 286 total.

The top two scores from the four team players were used for the mixed total.

“I think all four of us grinded out every shot to get to where we are,” Parsons said. “We knew coming down the stretch we had to keep pushing.”

Colombia (557) finished in fourth place, five shots behind the Canadians.

Connelly started well on a chilly, overcast day but was forced to scramble around the turn. Knowing Parsons was in the clubhouse with a 70, he closed strong to lock down the third-place team finish.

“Today was a bit of a grind,” he said. “I knew that Mary was playing well and knew that we were in a good spot to medal.”

A dual citizen who lives in Dallas, Connelly said he tweaked his woods this week and had a new set of Callaway irons in the bag. He found the clubs improved his control and trajectory on the tight, flat, 6,801-yard layout.

“Honestly it seemed to make a world of difference,” said Connelly, who primarily plays on the European Tour.

Connelly turned pro almost four years ago and gained attention at the 2017 British Open with a 14th-place finish.

However, he has had challenges with consistency this season. Connelly’s ball striking has been off at times and he slipped to No. 225 on the European Tour’s ranking list.

He plans to play over four of the next five weeks with his fall schedule still to be determined.

“Momentum is a very powerful thing in golf, so I definitely feel like I’m on an upswing,” he said.

Connelly also played at the 2015 Games in Toronto when golf made its Pan Am debut. He finished fifth in the individual competition and eighth in the mixed team event that year.

Mullally said Connelly is a decisive player who does well in pressure situations.

“In a situation like this, where he’s playing in the final groups and it is for a medal, his routines and the way he goes about his business fit in perfectly,” Mullally said. “Not only is he a very good player, I think just what he does and how he makes his decisions really suits the bigger moments.

“I think he’ll have more of them.”

Paraguay’s Julieta Granada was four shots behind and Paula Andrea Hurtado of Colombia was another stroke back for bronze. Thibault was tied for ninth, 14 shots off the lead.

Both the men’s and women’s fields had 32-player draws. 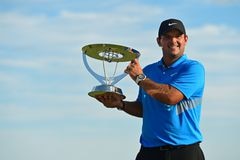 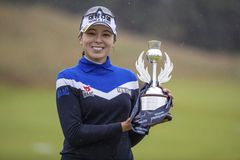 Tiger Woods rested, but back not entirely ready for FedEx Cup playoffs
August 8, 2019 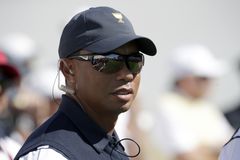