Meaghan Benfeito remembers the cheers gaining strength each time she hit the water.

The Canadian diver knew there was strong support from friends and family at the 2016 Olympics in Rio de Janeiro.

The Brazilian crowd – without an athlete in the fight after its lone participant in the women’s 10-metre platform failed to make the final – had organically gravitated toward the Laval, Que., product.

Five years later, and with the COVID-19 pandemic still raging in many parts of the world, including here in Japan, there will be no heroes to pull for, no darlings from faraway places fans can latch onto at the Tokyo Summer Games – at least in person.

While a couple of sports got going Wednesday, the postponed 2020 Olympics are, finally, set to begin in earnest later this week minus spectators, save for a few events held in some regions outside the capital, because of coronavirus fears.

This sprawling metropolis remains under its fourth state of emergency since early 2020, which includes a number of restrictions aimed at containing COVID-19 in a country with a population that’s largely unvaccinated and increasingly resentful the Games are happening at all.

The empty venues – which, it should be noted, were a major issue in Rio without a pandemic – are likely to impact athletes in different ways and to varying degrees, according to Montreal-based mental performance coach Jean François Ménard.

“For a sport like that, it’s going to be challenging.”

But Canadian sprint star Andre De Grasse, who took home three medals in Rio, including bronze in the men’s 100-metre final won by Usain Bolt, said the millions of fans tuning in should be enough to get the juices flowing.

“That will motivate me, remembering a lot of people are watching on TV,” said the 26-year-old from Toronto, before adding with a laugh: “So don’t blow it.”

Women’s wrestling doesn’t get a ton of attention globally, but it’s big in Japan – something athletes like Canada’s Erica Wiebe won’t get to experience.

“I was preparing to compete in a stadium environment that would be incredibly loud,” said the 32-year-old from Ottawa, who topped the podium at her first Olympics in the 75-kilogram category in 2016. “There’s so much known about the voraciousness of Japanese fans.”

Canadian kayaker Mark de Jonge, a bronze medallist at the 2012 Games in London, said it will be strange to look up at desolate grandstands.

“You’ll have to remind yourself it’s the Olympics,” said the 37-year-old from Halifax. “We race a lot of places where there’s not huge crowds. From that perspective, we’ll be able to focus on the task at hand a little better.

“But it definitely takes away from some of the experience.”

“That is not going to change the intensity or someone’s desire,” she said. “Someone’s not going to go ‘Well, there’s no fans in the stands, I feel less inclined to beat this person.’

Ménard, who’s worked with a number of Canada’s top athletes past and present and released his latest book Train (Your Brain) Like an Olympian this year, said blocking out any disappointment related to the lack of live audiences will be crucial.

“If you see the situation differently and think, ‘I don’t need the fans, I’m going to find a way to self-motivate myself more than my competitors’ … we have an edge,” he said. “The medals are still there to be won.

“You’ve just got to be better than the people around you.”

Benfeito, a three-time Olympic bronze medallist, including two in Brazil, said the diving team has been mimicking competition as much as possible in training.

“We try to psych ourselves up,” said the 32-year-old, part of an online promotional campaign with Kraft Peanut Butter where fans can send virtual support to Canadian athletes. “We’ll have four or five reps of one dive, and then the last one, you’re like, ‘Okay this is a competition one.’”

Canadian beach volleyball player Melissa Humana-Paredes said her and partner Sarah Pavan are used to pumping each other up on the sand.

“In our sport, there are definitely moments where we don’t have fans,” said the 28-year-old Humana-Paredes, set to make her Olympic debut. “We build our own energy and we make our own momentum.”

While most North American professional sports have seen crowds return, many of those athletes were forced to find motivation through other means during long stretches of the pandemic.

The NHL concluded its 2019-20 season inside fan-less bubbles before the 2020-21 schedule eventually started to see spectators return as vaccination rates improved and case counts dropped in Canada and the U.S.

“The focus is on the end goal,” Tampa Bay Lightning defenceman Victor Hedman said last month when asked about playing in empty buildings. “Lay it all on the line, it’s all worth it. You get to celebrate with your family and friends after.”

“It’s pretty quiet,” Montreal Canadiens winger Corey Perry added. “Once you get used to that … you just play.”

Ménard referenced a story about how former UFC champion Georges St-Pierre used to find motivation by imagining his opponent was responsible for stealing the fighter’s prized bike when he was a kid.

“The brain doesn’t really know the difference between reality and imagination,” Menard said. “That’s the power of visualization.

“If you visualize something and you repeat it and repeat it, at some point you start believing.”

Ménard said finding what works on an individual level will be paramount at an Olympics unlike anything the world has seen.

“I challenge my athletes with, ‘If you need fans to get going, you have a problem. If you rely on something external that you don’t control to determine how you’re going to perform, you have a problem,’” he said. “They’ll use visualization, they’ll use music, they’ll think about past performances.

“They gotta be ready.”

The fans won’t be there in person, but the expectations remain. 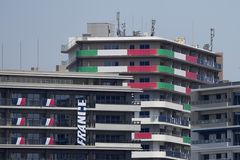 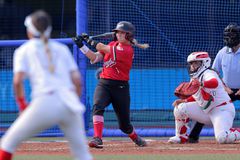 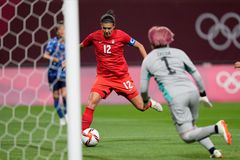