The 40-year-old from Canmore, Alta., teamed with guide Graham Nishikawa to win a six-kilometre race in the visually impaired category in a time of 14 minutes 28.9 seconds.

The race saw athletes ski 10 times around a 570-metre slushy loop that had rocks, dirt and grass poking through the snow.

McKeever, looking to rebound from a second-place finish in a sprint race earlier in the week, finished on the podium ahead of Yury Holub of Belarus and Zebastian Modin of Sweden.

“The boys skied much better today under very marginal conditions,” said Canadian para-nordic team coach Robin McKeever. “Graham did an excellent job of getting them through traffic, so they didn’t have an accident, and the course suited them very well.”

Collin Cameron of Sudbury also won his second medal of the World Cup stop, finishing third in a five-kilometre sit-ski race in 14:41.8.

“I’m definitely a bit surprised today. This is my first podium in a non-sprint cross-country ski race,” Cameron said.

Mark Arendz of Springton, P.E.I., was eighth in the men’s standing classification after completing the course with a time of 14:31.9. 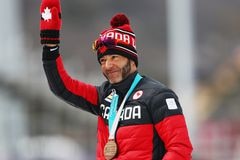 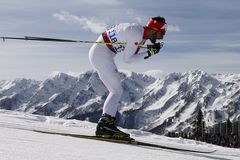