Canadian Julia (The Jewel) Budd says she is fighting for her legacy when she defends her Bellator featherweight title for a third time Friday night against unbeaten Israeli (Big Bad) Olga Rubin.

Budd believes she is getting better with age.

“I totally feel that way. I think everything’s kind of come together – mentally, physically,” she said in an interview.

Rubin did not make her pro debut until November, 2016, but has won all six of her fights including three in Bellator.

“She likes to strike. She also likes to wrestle so I’m kind of expecting anything from her. … I’ve worked my butt off the last five months towards this fight specifically. I just can’t wait to get in there,” Budd said.

Rubin is a southpaw and Budd’s top sparring partner Lance Gibson Jr. – son of Budd’s husband and trainer – is also a lefty.

“We’ve worked so many things. I can’t wait to show them off,” she said.

Budd was impressive in stopping Talita Nogueira last time out, controlling her in clinches at the fence before taking her down. The fight ended when Budd dropped the Brazilian, forcing the referee to step in to halt a flurry of blows on the ground.

That win came a year ago. Budd has signed a new four-fight deal since but fighting was put on the back burner when her father-in-law passed away in January due to cancer.

Budd says her career now is about how she wants to be remembered as a fighter.

“I want these ones to be extra-spectacular,” she said of her remaining bouts.

The 145-pound title bout headlines the Bellator 224 card at the WinStar World Casino & Resort in Thackerville, Okla. It marks Budd’s fourth straight bout there and the fifth in her past six fights.

The Canadian won the inaugural Bellator featherweight title in March, 2017, stopping Marloes Coenen in the second round at Bellator 174. She has since defended her championship against Australian Arlene Blencowe via split decision at Bellator 189 in December, 2017, and Nogueira via third-round stoppage at Bellator 202 last July.

Budd’s lone losses came in 2011 to (Rowdy) Ronda Rousey and Amanda (Lioness) Nunes, both in the Strikeforce promotion. Rousey, a former UFC champion, has retired while Nunes currently holds both the UFC bantamweight and featherweight titles.

Canadian featherweight Gabriel Varga takes on American Jamese Taylor on the undercard in a matchup of fighters making their pro MMA debut.

The 24-year-old Varga, a native of Toronto fighting out of Victoria, is a former kickboxing world champion with a 17-6-0 record.

Varga shared his views on sex before competition in a YouTube video, confessing he abstains from sex with his wife a week before fights.

He says it saves energy while cutting weight and retains “dedication and sacrifice.” Also he says Muhammad Ali abstained before fights. “And he was obviously doing something right.”

Varga says it helps him change from “that lovey mindset” to his “warrior mode.”

“Obviously being with my wife is not going to put me in that right mindset to get ready to compete and get a little bit of meanness coming out,” he added. “And that’s something I’m not good at. I’m not great at being mean in the ring. So any little extra thing I can do which will help me click over to that mean state is definitely worth it.”

Varga made the video sitting on a corner of a bed while his wife read a book behind him. She hits him with a pillow when he says he’s sticking with the no-sex routine “even if my wife doesn’t like it.” 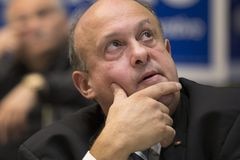 Canadian fighters look to make their mark as UFC touches down in Ottawa
May 3, 2019 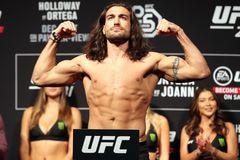 UFC lightweight Al Iaquinta battles in the octagon – and the real estate arena Subscriber content
May 2, 2019 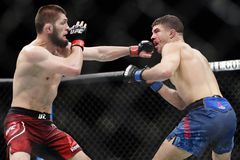