Racing legend Johnny Rutherford believes it was only a matter of time before McLaren Racing would be honoured by the Canadian Motorsport Hall of Fame.

Since coming to life in 1966, McLaren has been a dominant force in Formula 1, including winning the Canadian-American Challenge Cup five consecutive times in the late 1960s and early ‘70s and going on to win the Canadian Grand Prix 13 times, most recently with Lewis Hamilton in 2012. McLaren Racing was inducted into the international wing of the Canadian Motorsport Hall of Fame on Wednesday night, with more inductions scheduled for Saturday.

“They’ve had a lot of successes here, performed well here,” Rutherford said on Wednesday, hours ahead of the induction gala. “I think that the fact that they were so successful, that they’re considered one of the better racing teams, that’s just the way it is.”

New Zealand driver Bruce McLaren founded McLaren Racing in 1966. He won the Can-Am Challenge Cup in 1967 and 1969 before his death in 1970 during a test run of a new car. The team bearing his name continued on, leaving an indelible mark on auto racing to this day.

“When you look at the 1970s and 1980s when Ayrton Senna was running for McLaren, it was great, and we had a great race in Canada, in Montreal,” said François Dumontier, the president and chief executive of the Canadian Grand Prix, referring to the Brazilian’s victories for McLaren in Montreal in 1988 and 1990. “When you look at Lewis Hamilton, who is now a six-time world champion, his first ever victory was on a McLaren in Montreal in 2007.”

The induction coincides with the Canadian International AutoShow, which opens Friday at the Metro Toronto Convention Centre. An exhibit that details the history of the racing team will be open throughout the show.

McLaren’s legacy is partly what brought Ross Brawn, the managing director of motorsports and technical director for Formula 1, into the sport.

“When I was a young kid, in my teens, I used to race slot cars and my favourite models actually were the Can-Am cars,” Brawn said, gesturing to a bright yellow 1972 McLaren M8E/F on display at the exhibit. “So cars like the McLaren over there, the M8, the M6, those are cars that I made as slot cars and I raced. So when I see them in the flesh, and when you actually see them running, they’re astonishing cars.” 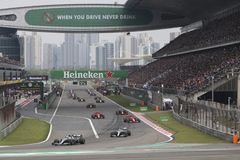 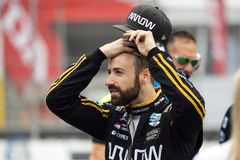 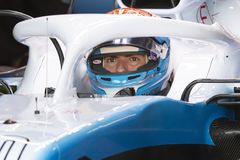