Now the Pittsburgh Steelers quarterback is gearing the rookie wide receiver for what comes next.

Score four touchdowns in a game, as Claypool did in a 38-29 win over Philadelphia last Sunday, and you’re no longer a secret. Do it from four different positions in four different formations and you forfeit any notion of being overlooked by opponents.

So while Roethlisberger encouraged Claypool to drink in the moment after becoming just the third rookie in NFL history to score three touchdowns receiving and one rushing in the same game, Roethlisberger also made sure to remind Claypool the path to the end zone will get much tougher from here.

“The thing I told him after the game is he isn’t going to be able to sneak up on anybody,” Roethlisberger said Wednesday. “So how is he going to rise to the occasion now that people are going to be watching him?”

Claypool’s answer is a testament to his western Canadian upbringing and the blue-collar work ethic he’s brought to the Steelers since being selected in the second round of the draft.

“Confidence definitely builds with games like that,” Claypool said. “[But] I’m not trying to act any different because of a performance.”

So while his phone blew up with messages in the immediate aftermath, the 22-year-old’s routine has not. He spent some of the brief downtime the grind of the regular season provides playing video games with his friends.

“We don’t talk football which is nice,” Claypool said. “Keeps me grounded.”

Good thing, because if the 6-foot-4, 238-pounder from Abbotsford, B.C., keeps making it look so easy to score, stardom is coming.

The player his teammates have dubbed “Mapletron” – an ode to similarly built former Detroit Lions standout Calvin “Megatron” Johnson and Claypool’s Canadian roots – won the Steelers over in the run-up to the draft with his physical gifts. Still, it might be his mental acuity that’s helped him carve out a role so quickly.

In a way, the lack of a “normal” pre-season because of the COVID-19 pandemic might have sped up Claypool’s education. No need to waste time trying to grasp the basics of the playbook for meaningless pre-season games. Instead, Claypool and the other rookies were able to dive right into the details.

“The urgency increases when you’re getting ready for a regular-season game,” Claypool said. “I knew I had to have the playbook down before the first game, so that forced me to study more.”

Typically the Steelers like to break in their rookie wide receivers relatively slowly. Former All-Pro Antonio Brown was buried on the depth chart early in his career. Martavis Bryant sat on the bench during his first six games in 2014. James Washington is still trying to find consistent playing time a month into his third season. For as precocious as JuJu Smith-Schuster was in 2017 when he entered the league as the NFL’s youngest player, he wasn’t targeted 11 times in a game – as Claypool was against the Eagles – until early on in 2018.

“Sometimes, reps get sparse, and you can’t always get some of the young guys as many reps as you would like to get, especially without the off-season,” offensive co-ordinator Randy Fichtner said. “[Claypool] has done a fabulous job of keeping his body right. He’s in great condition so it allows his mind not to wander. He’s been executing. Guys at practice, young guys at practice put the time in, generally good things happen, and you’re seeing the result of that.”

Consider the variety in which Claypool reached the end zone against Philadelphia. He raced in on an end around from 2 yards in the first quarter. In the second quarter, he lined up split out wide to the left and ran away from everyone for a 32-yard score.

In the third, he stood behind three teammates at the 5-yard line, caught a flip from Roethlisberger and picked his way through traffic. In the fourth, he was in the slot and didn’t miss a beat when Roethlisberger audibled to a route Claypool hadn’t run out of that formation. He sprinted past an overmatched linebacker and into the open to give the Steelers the cushion they’d need to improve to 4-0 for the first time in 41 years.

Coach Mike Tomlin downplayed Claypool’s impact, attributing his success as much to a matchup the team liked as anything else. It’s not an unusual tact for Tomlin, who rarely singles out individual performances no matter how eye-popping. That’s fine by Claypool, who plans to remain a willing participant on special teams or in any other area that keeps the Steelers in what figures to be a competitive AFC North race.

He expects the surging Browns (4-1) to keep tabs on him when Cleveland visits Heinz Field on Sunday. That’s fine by Claypool, who figures the more attention the Browns pay to him, the better it is for the other playmakers at Roethlisberger’s disposal.

“There might be a safety creeping over my side and corner might follow,” Claypool said. “That opens things up for other people as well. I’m not too worried about it.” 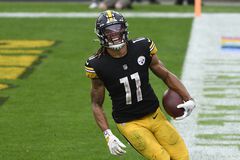 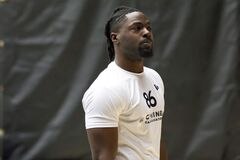 B.C.-born receiver Chase Claypool drafted by Steelers in second round, Ottawa’s Neville Gallimore taken by Cowboys in third round
April 24, 2020 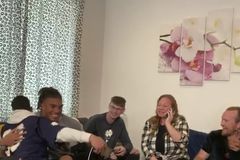