Softball pitcher Danielle Lawrie wants one more shot at Olympic glory before hanging up her glove for good.

The 34-year-old right-hander was part of the Canadian team that saw its heart broken at the Beijing Games in 2008, finishing fourth after being edged 5-3 by Australia in the semi-finals.

Much has changed for Lawrie and Team Canada over the ensuing 13 years, but the Langley, B.C., product is still hungry for a medal.

Lawrie is one of four veterans from the 2008 team who’ll suit up for Canada in Tokyo this week. For the 11 others on the squad, playing in the Olympics has long been a dream.

Softball was held out of the past three Summer Games and won’t be part of the Paris Olympics in 2024.

The Canadians want to put on a good show in Tokyo and prove that their sport should be an Olympic staple, Lawrie said, but the team remains focused on staying consistent and trusting their training.

“When we get to those moments, the game doesn’t change. Yes, there’s pressure and you feel your heart beating in that moment,” she said. “But at the end of the day, when you know you’ve put the work in, it calms the mind in the sense that you know what will be will be.”

For Olympic rookie Jenna Caira, playing in Tokyo is a childhood dream realized.

“I have no idea where that came from,” Caira, now 32, said with a laugh. “Softball’s always resonated with me, pitching specifically.”

There have been many moments, though, when the Toronto-born right-hander wondered whether her dream really would come true

The COVID-19 pandemic interrupted Team Canada’s training plans and saw the athletes spread across North America, getting creative to stay fit individually and cohesive as a team.

The group had weekly Zoom calls and endless discussions about on-field tactics. There were book reports and emotional letters about where each player was at mentally.

“We really tried to have tough conversations,” Caira said. “It was uncomfortable, but knowing where our team was at one point with our culture, where are our gaps and what do we need to talk about to really close that gap to make us as strong as possible.”

In March, the team came together in Fort Lauderdale, Fla., and spent three months there training and playing before heading to Japan.

The work everyone did at home shone through when the group came together, Caira said.

“We’re not trying to learn more as we go on the field now. We’re just trying to remember all the work that we’ve done,” she said, noting that there’s a new level of trust among the team. “We play for each other.”

Reuniting with teammates brought a renewed sense of purpose for catcher Kaleigh Rafter, another veteran of the 2008 team.

“It’s so hard to train by yourself,” said the 35-year-old native of Guelph, Ont. “There’s always days where you don’t want to go play softball or practise or do that lift or do that run. But when you get around 15, 16, 17 people who all have the same mission as you, it’s so motivating in those moments where maybe you don’t have the same personal motivation.”

Preparing for the Olympics in the midst of a global pandemic wasn’t easy, Rafter said, but it did give the team a chance to practise some skills they want to have in Tokyo.

“You say you want to be positive and you say you want to deal with adversity,” she said. “Now’s the time to practise that, so wake up and have a good day, even though things around you maybe aren’t the greatest.”

“When something’s taken from you that’s as important as softball is to these women, through no fault of your own, I think you really come back to the game with a bit of a renewed sense of enthusiasm and a motivation to do well,” he said. “And we certainly see that in their conditioning and their work ethic.”

Despite all the extra work the group has put in to prepare for the delayed Games, Team Canada knows their path to the podium won’t be easy.

The No. 3-ranked Canadians open competition against No. 5 Mexico in Fukishima on Wednesday.

Canada has great pitching and defence, Rafter said, but the other teams in the tournament aren’t to be underestimated.

Smith took over the program in 2009 and said the group has been building its “championship culture” ever since.

There have been successes along the way, including a silver at the 2019 Pan American Games in Peru. The focus for Canada has long been on bringing a medal home from Tokyo, though, Smith said.

“We don’t see any reason why that shouldn’t happen,” the coach added.

Olympic dream got Canadian sailor Sarah Douglas back in the boat
July 20, 2021 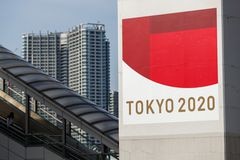 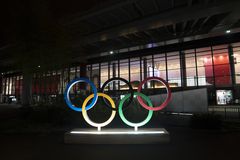