Canadian weightlifter Christine Girard will soon be the proud owner of an Olympic gold medal from the 2012 London Games.

The International Olympic Committee made it official Thursday, announcing that Girard has been confirmed as the champion in the women’s 63-kilogram weight class.

Girard originally placed third but the top two finishers — Kazakhstan’s Maiya Maneza and Russia’s Svetlana Tzarukaeva — were later stripped of their medals after a 2016 re-test of samples taken in London. The IOC has said their samples contained evidence of steroids.

“I never doubted for a moment, that I did all that I could do to win that gold medal,” Girard said in a statement. “To have my efforts and those of my trainers, family and supporters validated, means the world to me, even if it is after six long years.

“This gold medal is a testament to clean sport. It means even more to me now, than had I heard O Canada played that day in London.”

Girard became the first Canadian woman to win a weightlifting medal when she finished third in London. A medal ceremony for Girard will be held at a later date, the Canadian Olympic Committee said in a release.

“Congratulations to Christine for this spectacular achievement,” said COC president Tricia Smith. “She is a weightlifting trailblazer in so many ways and we are extremely proud of her. Christine has always lived the values of sport and of competing clean. We are so pleased to see her finally receive the Olympic gold medal which she has so rightfully earned.

“We will consult with Christine and the IOC to ensure her well-deserved and long-awaited celebration. The COC continues to support clean sport to provide all athletes a fair and level playing field.”

Girard, 33, grew up in Rouyn-Noranda, Que., and moved to White Rock, B.C., after 2008. She and husband Walter Bailey co-founded the Kilophile Weightlifting Club in Surrey, B.C., and have three children.

Girard learned in 2016 that she would get a bronze medal from the 2008 Games in Beijing where silver medallist Irina Mekrassova of Kazakhstan failed a re-test. Girard was fourth in Beijing.

“My whole life would have been different, if I had the bronze from Beijing and the gold from London,” Girard has said.

Olympic weightlifting medals are determined by the sum of each lifter’s best result in the snatch and the clean and jerk, with three attempts allowed in each.

With a total of 236 kilograms, Girard finished just behind Tsarukaeva’s 237 in London. Maneza’s total of 245 kilos was an Olympic record before she was stripped of it.

The IOC stores doping samples for 10 years. More than 1,500 samples from Beijing and London were re-tested.

A total of 65 sanctions involving 40 medals were imposed from the Beijing Games, and 45 sanctions impacting 20 medals in London, according to the IOC.

Appeals, and the time it takes for international and domestic sports federations to deal with the stripping of a medal, means a medal redistribution can move at a glacial pace. 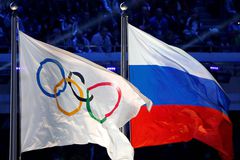 By going after individuals instead of institutions, the IOC bungled the Russian doping case
February 1, 2018 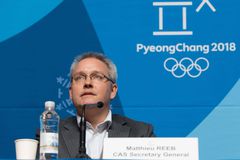