Daneesha Provo of the University of Utah and Michigan State’s Shay Colley each scored 14 points as Canada defeated England 80-54 Friday for its first basketball win at the Commonwealth Games.

Canada did not enter a men’s or women’s team in 2006, the only time basketball has figured on the Games schedule.

The Canadian men did not fare so well Friday, thumped 95-55 in Cairns by a more experienced Australian side. Canada is fielding a young men’s team comprised entirely of U Sports athletes. The Australians are missing their NBA talent and many European players, but do have domestic pros.

The Canadian women include university and overseas talent, as well as two high schoolers.

“This is our first game together so we started slow, but toward the end we played well,” Colley said.

On the men’s side, University of Calgary guard Mambi Diawara, with 10 points, was the only Canadian to reach double figures against Australia.

Daniel Kickert, a guard who has played professionally in Australia, Italy, Spain, Poland and Ukraine, led the Boomers with 14 points. Four others scored in double figures with Brad Newley, a former Houston Rockets draft pick who plays in Spain, adding 12 points.

The Canadians were 5-of-24 from three-point range and went to the free throw line just four times.

“It was our first time playing together as a group,” said Ryerson guard Ammanuel Diressa. “Some of us have played internationally, but not all of us and not at this level.”

The Canadian men play Nigeria on Saturday while the women face Australia. 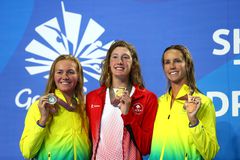 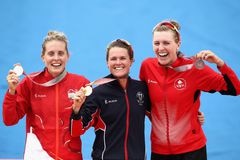 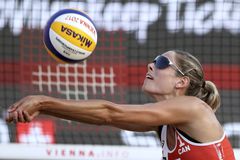