When the World Health Organization finally declared the coronavirus crisis a pandemic last week (dear God, was it only last week?), optimists pointed out that great work is often borne of horrendous circumstances: William Shakespeare, for example, is believed to have written Macbeth, Antony and Cleopatra, and King Lear while London was in the grip of a plague in 1606. (“So, no comedies,” one person on Twitter observed.)

Okay, no one will argue that sports-talk radio descends from the Bard. Still, as this country’s sports-oriented broadcasters confront what feels like an existential threat, talent is shining through. While TSN and Sportsnet are scrambling to fill hundreds of hours of TV airtime, often with old hockey, curling and other old sports matches, some of their radio brethren are emboldened by the sudden creative licence they’ve been granted.

This week, TSN and Sportsnet said they were partnering on a nightly airing of last year’s Toronto Raptors’ championship run, alternating between the networks, depending on which channel aired the original games. Kicking off Friday night, the broadcasts would run until April 12. On Friday, a Sportsnet spokesperson told The Globe and Mail its TV network would also begin showing sports movies and documentaries, beginning with Field of Dreams next Thursday night. And, for baseball-hungry fans, it will serve up some old Toronto Blue Jays playoff series.

CBC, which had expected to hand over much of its prime-time schedule to the NHL playoffs for two months beginning the week of April 6, is scrambling to figure out how to fill the massive hole. An executive there told staff on Wednesday that they were still “brainstorming” their options.

And on the radio side? Necessity is the mother of invention.

“Generally speaking, 95 per cent of the time the sports stories just come to you, and the other 5 per cent [depends on] how creative a host you are," said Greg Brady, a Toronto-based sports-talk veteran who currently is host of a weekly show Going Global for the British network talkSPORT.

“Now, it’s almost the opposite. Ninety-five per cent now is about being creative and testing the waters of what the audience wants right now, taking liberties with your creativity," he added.

Brady spent last Sunday’s show discussing previous shutdowns, including the soccer World Cup pauses during the Second World War, the Olympic boycotts of 1980 and 1984, the 1994-95 baseball strike and the NHL lockouts. This Sunday, he figures there will be a lot of NFL material. After that? Who knows?

Over on Sportsnet Radio, Jeff Marek has been working feverishly to prep for his daily two-hour show, Hockey Central, which he co-hosts with Anthony Stewart and, this week, Brian Burke.

Having spent decades collecting DVDs and tapes of old hockey games, Marek went deep into his archive to come up with a list of his top-five best games for this week’s edition of 31 Thoughts, a podcast he co-hosts with his Sportsnet stablemate Elliotte Friedman. Among the games he watched – and told listeners about – were the two world hockey championship games in March, 1969, in which Czechoslovakia beat the Soviet Union. “Honestly, they’re two of the most intense hockey games I’ve ever seen. Let’s not forget that the Soviet tanks rolled in a year earlier down the cobblestone streets of Prague.”

As with many radio broadcasters, Marek is doing his show remotely, from his home north of Toronto, while his wife makes sure their three kids are occupied. On TSN Radio, Bryan Hayes broadcasts his 4 p.m. drive-time show, Overdrive, from his dining room table, while his wife keeps their kids (a four-year-old and a 10-month-old) busy.

“I’m going to be asking for trouble there,” Hayes acknowledged. “It’s something you can’t control, and quite frankly we could probably use [a kid’s interruption] as material for our show.”

This week, says Hayes, “has been the most unique radio I’ve ever done, on a couple of different fronts.” With two co-hosts and producers all working remotely, without the sort of visual cues they would be able to rely on in a studio, “I’m just kind of talking into the abyss here at home. That’s incredibly challenging.”

After all, said Hayes, talk radio depends on chemistry. “We feed off the energy in the room. If we get each other either laughing or yelling, or whatever, it’s very contagious, and that that is obviously not available to us right now.” Still, he says, he can pick things up “through the mic.”

In some ways, Hayes is like all of us, suddenly isolated from our social circles and expressing a desire to connect with others, albeit while tens of thousands listen in. “I really am looking forward to getting on the air because – I’m just at home, trying to keep myself occupied, doing different things around the house. Then I’m like, ‘Oh, it’s 3:30, I’m half an hour away from doing something productive. I find my anticipation for the show, in a weird way, is elevated by the circumstances.’”

Marek says he’s drawing on his experience as the host of a daily radio hockey program during the 2004-05 NHL lockout. “We kind of gimmicked it up a bit. Every week we’d have a different [person involved in] the [1977] movie Slap Shot. And I remember talking to Nancy Dowd, who was the writer. She was brilliant. She talked about how Al Pacino would call her every week begging for the Reg Dunlop part that ended up going to Paul Newman. And we used to do ‘WHA Tuesdays,’ bring in people from the old WHA to tell stories from the seventies. Really colourful personalities.”

“But you know what? It was fun. And we got great stories out of it. And maybe that’s why I’m going at this radio property now from the same editorial perspective, which is, ‘Let’s try out stories!’ Because, selfishly, I had a really good time during that lockout, and I got to learn a lot about hockey, I got to learn a lot about those personalities.”

As are others, Marek is wrapping his mind around the fact that he’ll have to adjust to a new normal. “This isn’t just going to turn around in a week or two weeks, or two months. We’re in this for the long haul.” 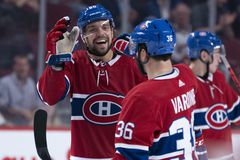 Opinion
Suddenly, knucklehead culture has lost any charm it once might have had
March 20, 2020 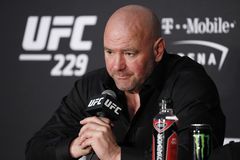 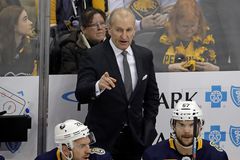