MANCHESTER, England - A ruling in a Swiss court and the concession of a late, late goal ensured the Champions League qualification places remain tantalizingly out of reach for Manchester United in the English Premier League.

United missed a chance to climb back into the top four of the league for the first time since September when Southampton substitute Michael Obafemi scored in the sixth minute of stoppage time to secure a 2-2 draw at Old Trafford on Monday.

It was the latest twist in a turbulent race for Champions League qualification, coming on the day second-placed Manchester City overturned its two-year ban from European competition at the Court of Arbitration for Sport.

That means a finish in the top four is required to get into next season’s Champion League, rather than in the top five.

Obafemi’s dramatic close-range strike at a corner kept United in fifth place, behind Leicester only on goal difference with three games remaining. Chelsea is one point ahead of them in third place.

Those three teams are realistically fighting for two Champions League qualification spots behind Liverpool, the champion, and City. On the final day of the season, Leicester hosts United at King Power Stadium in what could be a highly lucrative, winner-takes-all match.

“You just have to be strong and take it,” United manager Ole Gunnar Solskjaer said of the gut-punch that denied his team a fifth straight victory. “Because we have won so many games like that ourselves.

United was slightly unfortunate, however.

The match went so deep into added-on time only following a facial injury to substitute Brandon Williams, which left United with 10 men for the final three minutes because Solskjaer had used all five of his replacements.

Southampton won a corner soon after, and Jan Bednarek flicked the ball on at the near post to allow Obafemi to glance home from barely a metre out.

United had enough chances to win a game in which it fell behind in the 12th minute, when Stuart Armstrong scored after Paul Pogba was dispossessed outside United’s penalty area.

Two goals from United in a three-minute span turned things around, with Anthony Martial setting up Marcus Rashford’s low strike into the corner for the 20th-minute equalizer before scoring himself by cutting inside from the left and firing home a rising shot for his 50th Premier League goal.

With former manager Alex Ferguson watching in the virtually empty stands at Old Trafford, United was made to work hard by a Southampton side sitting in mid-table and with little to play for in the final weeks of the season.

Luke Shaw hobbled off with a right ankle injury for United, leading to Williams’s introduction in the 75th, and Pogba was also taken off – for football reasons as opposed to injury.

The France international struggled at times, twice getting dispossessed while dawdling on the ball as Southampton targeted him with its high-energy pressing game. He was substituted after 63 minutes.

Still, United could easily have won, with Rashford and Martial wasting good chances that they created themselves.

“We were not at our best,” United captain Harry Maguire said. “There are loads of areas we could improve on but we did enough to win the game.”

Solskjaer fielded the same starting lineup for the fifth straight game and may decide to freshen things up for the next match in this gruelling end to the season, at Crystal Palace on Thursday. 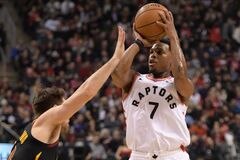