After three emotional European Championship matches in Copenhagen, Denmark will next play in a city that Christian Eriksen once called home.

The Danes will take on Wales in the round of 16 at the Johan Cruyff Arena on Saturday, a stadium where Eriksen is fondly remembered by Ajax fans as a stylish midfield playmaker from 2010-13 before his transfer to Tottenham.

Denmark lost its first Euro 2020 match to Finland 1-0 after Eriksen suffered cardiac arrest on the field and had to be resuscitated with a defibrillator. The Danes also lost to Belgium before beating Russia 4-1 to finish second in Group B and advance to knockout rounds.

“I’m thinking a lot about Christian and how much I have hoped that he could experience this,” Denmark coach Kasper Hjulmand said. “He has been looking forward to this summer so much, it’s a big, big dream for Christian, and just to know that he’s not here hurts.”

Wales coach Rob Page paid tribute to the way the Denmark team had coped with the situation, but said his team has to focus solely on the match.

“Obviously the world has taken note of what’s happened and the emotion involved in it, but we can’t get involved in that now,” he said. “It’s work as usual for us and now we’ve got a job to do and we want to go and finish it.”

While Denmark is hitting the road for the first time at a tournament that is being played in 11 cities across Europe, Wales have had a tougher travel schedule. The team based itself in Baku, Azerbaijan, where it played its first two matches before facing Italy in Rome and travelling to the Netherlands for the round of 16.

“On paper it sounds like a great idea to have it all around Europe but logistically it is an absolute nightmare, and throw COVID into that mix as well,” Page said.

Wales’ victory over Turkey and a draw with Switzerland were enough for second place behind Italy in Group A. The Welsh lost 1-0 in their final match against the Italian, one of the tournament’s top teams.

Now Wales is hoping it can build up the same kind of momentum that carried it to the semi-finals of Euro 2016, where it lost to eventual champion Portugal 2-0.

Gareth Bale, one of the stars of the 2016 campaign, is his country’s all-time leading scorer with 33 goals, but he has not scored in his last 14 internationals and missed a penalty against Turkey in Baku.

Aaron Ramsey, another of the veterans from the tournament in France, is hoping to improve on the team’s performance five years ago.

“We’re a threat. We keep games tight, so who knows,” Eamsey said. “Why not go all the way again?”

Wales will be without midfielder Ethan Ampadu, who is suspended after being sent off early in the second half of the team’s final group match against Italy for a foul on Federico Bernardeschi.

Hjulmand said it would be tough to prepare against an unpredictable Welsh team.

“They’re very flexible. They change their strategy and their positions so it’s going to be hard to know what to expect from that team,” he said.

Page said it’s uncertain how Denmark will set up for Saturday’s match. What he does know is that Wales has to match the Danes physically.

“Irrespective of what 11 he puts on the pitch, they’re going to work, battle, fight for each other and we have to match that,” Page said.

Players on both sides should have a good idea what to expect from one another – Kasper Schmeichel and Danny Ward both play for Premier League club Leicester.

“We have great competition and we have a really great relation to each other,” Schmeichel said of Ward. “I don’t see any any weakness in him. He’s a complete goalkeeper.”

Hojbjerg called Bale “one of the best players I’ve ever played with.”

The winner of Saturday’s match will head to Baku – where Wales is undefeated in two matches at this tournament – to face either the Netherlands or the Czech Republic in the quarter-finals on July 3. 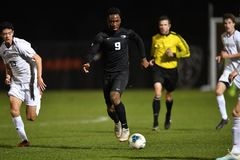 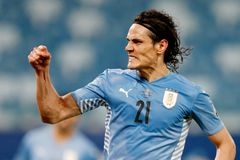 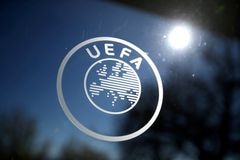