Kyle Lowry shot 0-for-7 in the Toronto Raptors’ Game 1 loss, yet Orlando Magic coach Steve Clifford came away with a glowing impression of the all-star point guard’s performance.

“When you have time to study the game, you see he played a terrific game,” said Clifford as his team prepared for Tuesday’s Game 2. “Not good, but terrific.”

It’s safe to say Clifford is not of the same mind as the throngs on social media who are railing on Lowry, saying he’s a regular-season standout who never gets it done in the playoffs. Clifford said Lowry’s fingerprints were all over the game, and he’s not the only one saying it.

“He had eight assists, they were like plus 11 when he was on the court, he put a ton of pressure on us and he’s the one who starts things in transition. All those advance passes up the court to [Pascal] Siakam – that’s all him,” Clifford said. “He’s one of the great competitors in our league. If he can play that kind of game in every playoff game, and make like even three of those shots, then he’s great. He’s a problem when’s he’s on the floor.”

That plus-minus of 11 was the best of any player in Saturday’s game. Lowry’s stat line also included seven rebounds, two steals and two turnovers. He also stood in to draw a charge – one that ended with the point guard having Terrence Ross’s knee thrust right into his groin.

Even though Lowry missed every field-goal attempt he took on Saturday, Raptors coach Nick Nurse said he had considered drawing up the final game-winning three-point shot for him. In the end, the Raptors chose to run a play for Marc Gasol to shoot instead.

Nurse and Lowry met to talk about his Saturday performance.

“The main thing I said is, ‘We need you to be our leader and be tough. Run the team, be tough, do what you do instinctively,’” Nurse said. “I’ve got to take some responsibility for this myself, too. I thought we had Kyle in a really good place the last half of the season. He was playing well, feeling good, et cetera. Obviously he wasn’t in a good enough place to impact the game on the scoreboard the other night. I’ve got to do everything I can do to help him succeed.”

So does Nurse regret his decision to sit Lowry out for the last game of the regular season? “Hindsight is of course 20-20,” Nurse said. “Anytime you go back and you look at something and now you’ve got the result of something, you say, ‘Yeah, maybe it wasn’t the right idea.’”

“He’s rebounding, taking charges, getting his hands on loose balls, steals, and creating offence by getting in the paint and finding guys. We really don’t need him to score,” Danny Green said. “Obviously, it would be great if he did, but we need his leadership, his offensive pushing the pace, and getting the ball up the floor, and defensively doing little things and rebounding.”

The man looking across at Lowry in the backcourt says there’s no way Lowry will be trigger shy in Game 2. In fact, expect Lowry to attack early on in Tuesday’s game as the Raps attempt to break down Clifford’s effective clog-the-paint defence.

“Kyle’s an all-star. Being a point guard isn’t always about scoring. It’s about controlling the team, running the team, and I know he knows that,” said Orlando point guard DJ Augustin, who led his team with 25 points and six assists in Game 1. “I don’t think he’ll come out and force anything, but he won’t go 0-for-7 again. We have to be ready for him to be aggressive.”

Lowry was seen back out on the court at Scotiabank Arena shortly after Saturday’s game, working on his shot. But he shrugged off that game on Monday, saying he’s had scoreless games before.

“I’m a guy that plays basketball the right way. Me not scoring any points doesn’t mean I didn’t affect the game,” Lowry said. “So that’s why the mental game doesn’t really matter. For me, I played the game the right way and missed some shots, and we lost so it looks worse.” 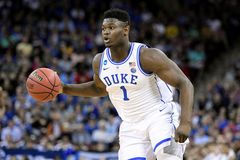 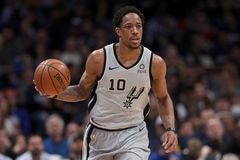 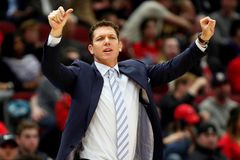