In midweek, players from the Bulgarian soccer team Ludogorets arrived in Milan ahead of a Champions League game. Each man marched off the bus wearing a facemask and surgical gloves.

On Thursday night, they played Inter and lost. The 80,000-seat San Siro was emptied as a precaution. This scene will be repeated over the weekend as a slate of Serie A matches go off in fanless stadiums.

Up until this point, coronavirus has lacked imagery sufficient to capture the fear people feel of spreading infection. Sports just provided it.

When people are looking for a way to show their mettle in the face of calamity, they turn to sports. Think then-president George W. Bush (wearing discrete body armour) throwing out the first pitch at Yankee Stadium during the 2001 World Series, after 9/11.

During the Second World War, several European soccer leagues staggered on with fill-in players and rotating rosters on the theory that sports were good for morale. The Italians didn’t suspend their top league until the country was invaded.

So while not questioning the wisdom of cancelling games in the interest of public health, this is where things get scary. When you are no longer hearing about normal life in other parts of the world coming to a sudden stop, but seeing it as well. Coronavirus is beginning to do what world wars sometimes couldn’t.

You can now start ticking off the events cancelled, postponed or in some sort of limbo – Six Nations rugby, Formula One races, Euro 2020, the world indoors athletic championships.

Panic is always a few steps ahead of common sense, and you can see that happening, too. This week, two Italian golfers were tossed from the Oman Open and quarantined. One of them had the sniffles. After testing, the pair were readmitted “due to these exceptional circumstances.”

You can easily see how in a week or two, someone is going to ask all Italian (and Chinese, Korean, Japanese and Iranian) competitors to just stay home. It’s downhill in a hurry once that starts happening.

At this moment, everyone in sports is trying to figure out where the line between panic and carelessness lies. Panic costs money. Carelessness could cost a great deal more than that.

The Olympics is the big one in this scenario.

The Tokyo Games have a total price tag of US$25-billion. A great deal of that is already sunk. NBC has already sold more than a billion dollars worth of ads for its broadcast. A lot of people have a lot of ducats riding on this thing going ahead.

A couple of weeks ago, the IOC was telling people they had nothing to worry about.

“Certainly the advice we’ve received externally from the WHO [World Health Organization] is that there’s no case for any contingency plans or cancelling the Games or moving the Games,” an IOC official said during a routine update on Feb. 14.

The WHO reminded people that it doesn’t tell sports organizers what to do one way or the other. Its job is to tell you the risks. How you interpret them is your concern.

This past week, after infection clusters spread from Asia into the Middle East and Europe, that tune was changing.

Canadian IOC vice-president Dick Pound gave an interview to The Associated Press in which he said that postponement or moving the Games were unlikely scenarios. Instead, if coronavirus were not put down in time, the Tokyo Olympics would likely be cancelled. He ballparked the drop-dead for a final decision some time in May.

Pound had a special message for athletes: “All indications are at this stage that it will be business as usual. So keep focused on your sports and be sure that the IOC is not going to send you into a pandemic situation.”

Here’s a tip about reassuring people when it comes to communicable disease – try to avoid using the word “pandemic.”

So for now, the Olympics are going forward, but may also be cancelled. That hasn’t happened in nearly a century. The last time it did, it was because the competitors were too busy killing each other to attend.

There are several obvious ways the risk can be limited here without striking off the occasion entirely.

Japan might ask visitors not to attend. The organizers might hold the competition in empty arenas and stadiums. They might ask that competitors from heavily affected nations take a pass this time around.

In the end, what you might have is a few dozen sprinters or pole vaulters, a few officials and a few camera operators inside a 100,000-seat stadium. That’s no more people than you’d find at a suburban grocery store in any one of the worst affected areas – with considerably less risk.

It’d be eerie, but it’d still be the Olympics.

None of these options are optimal, but neither do they significantly affect what an Olympics is – a track meet designed for broadcast on television. People will still be able to watch.

There will still be agony, ecstasy, controversy, jingoism, outbursts of extreme goodwill, farce, national sweethearts and all the other things that make us love the Olympics like no other sports competition.

Because of that, you can’t cancel the Olympics.

That isn’t surrender to panic. It’s opening the front door and inviting panic in to stay.

It’s hard to think of a time in recent history when the Olympics seemed so necessary. As yet, the worst effect of coronavirus in most of the world is that it has caused fear to seep into daily life. Not yet fear of the disease – the vast majority of us have yet to see any evidence of it – but fear of its carriers. Which is to say, foreigners.

The world was already not in a great state on that score. What happens when the virus truly lands in the West. Do we shut our borders? Do we huddle at home? Do we grow terrified of our neighbours?

So this is the time to remind people that there is still a big world out there and that it is still functioning. We haven’t yet retreated to our bunkers.

An Olympics that goes ahead despite the risk does that work far, far better than any number of reassuring updates from politicians or public-health officials. It reminds us that, in most places, life is still being lived and normalcy can be maintained in the face of danger.

Elsewhere, you can cancel sports left and right. This or that championship hardly matters. It’s only money (and not ours). Canada has lived without the NHL for entire seasons. We’ll make it through this fine.

But we should do what we must to rescue the Olympics, in whatever form makes the most sense. Its purpose is far greater than giving out medals. It’s there to remind us that we’re all still together, and that we’re all going to make it out okay. 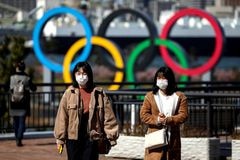 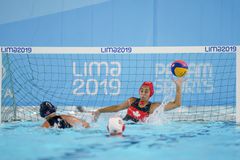 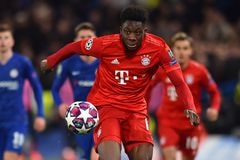