At a time of seemingly endless struggles on the political and economic battlefields at home, the people of England and South Africa are looking to a rugby match this weekend in faraway Japan as a desperately needed source of hope and relief.

Saturday’s final at the Rugby World Cup is being eagerly anticipated as a distraction from domestic crises and a beacon of unifying pride for both England and South Africa. And the teams of both sides have inspired broad support by becoming more racially diverse.

After eight years of dominance by New Zealand, the World Cup will have a new champion for the first time since 2007. It features a battle of the hemispheres, with England representing the north and South Africa representing the south. England, undefeated at this World Cup, is the favourite to win, but the Springboks of South Africa have won two World Cups in the past and cannot be counted out.

As rugby fever intensifies on both sides, politicians are jumping on the sports bandwagon, fans are scrambling for last-minute flights to Japan, and the social implications are being analyzed.

For many people across England, the rugby final will be a welcome change from the ceaseless Brexit saga and the coming British election. The match will give people “something to cheer about,” England coach Eddie Jones said this week. “And with Brexit at the moment, they probably need something to cheer about.”

The English will be crowding into pubs, coffee shops, restaurants and just about every other public venue for the kickoff at 9 a.m. local time. Some fans have snapped up last-minute flights to Japan to catch the game live – with tickets at International Stadium Yokohama going for up to £12,000 (about $20,000 Canadian) – and one company, PrivateFly, is fielding calls from groups of fans interested in booking 14-seater private jets at a cost of up to £180,000.

“We are receiving a lot of inquiries from English rugby fans since Saturday’s semi-final win over the All Blacks, looking to fly to Tokyo at short notice from the U.K.,” said Adam Twidell, the company’s chief executive.

Around 10 million people watched England’s semi-final win over New Zealand last Saturday, and broadcaster ITV expects its audience to top the 11 million mark for Saturday’s final, closing in on a record. Prince Harry, a patron of the Rugby Football Union, will be attending the match.

In South Africa, the success of the Springboks has been wildly cheered as a much-needed break from the country’s chronic mire of corruption scandals, economic stagnation and political polarization.

For weeks, South Africans had complained that the World Cup matches were broadcast only to fee-paying customers of an expensive satellite broadcaster. But this week, in a last-ditch agreement as political pressure intensified, South Africa’s state broadcaster won the right to broadcast the final game to the entire country.

The country is hoping for a repeat of the 2007 World Cup, when South Africa beat England in the final. President Cyril Ramaphosa is trying to rearrange his schedule so he can attend Saturday’s game. He taunted his British counterpart, Boris Johnson, by tweeting that “BoJo” will be watching him and the Springboks carrying the rugby trophy.

The Springboks suffered a series of embarrassing defeats on the international stage in 2016 and 2017, but now South African commentators see the team as a symbol of the country’s resilience in the face of political and economic woes.

“South Africa is always on the brink of disaster, always staring into a pit of despair,” veteran rugby journalist Craig Ray wrote this week. “Yet somehow it prevails, and on the rugby field the Springboks are no different.”

There are still occasional controversies over racial issues on the South African team, including a recent allegation that one of its white players, Eben Etzebeth, used a racial slur during an altercation in a pub. He denies the accusation and remains on the team.

South African supporters are using the Twitter hashtag #StrongerTogether to symbolize the unifying effect of a team that is more racially diverse. The team has a black captain, Siya Kolisi, for the first time in its 127-year history.

The government has urged South Africans to rally behind the Springboks by wearing rugby jerseys or anything in the team’s green colour, with the official goal of promoting “social cohesion and nation-building.”

In England, the World Cup final could challenge some longstanding assumptions about the social background of those who play rugby.

The sport has been seen for generations as an elite pursuit for privileged white schoolboys from places such as Eton, Harrow, Winchester and Rugby. A study in 2014 by the Office for Standards in Education, Children’s Services and Skills found that while 7 per cent of the population attended private schools, 61 per cent of the players in rugby’s top division had been educated at schools such as Eton.

But the England team playing on Saturday is shattering those perceptions. Of the 31 players, 11 are visible minorities, including Kyle Sinckler, who learned to play the game as a teenager at a public school in south London that had no rugby field and almost no equipment. By contrast, the 2003 winning team had just one visible minority.

“This is probably the most diverse England squad that there’s ever been, in terms of people coming from different countries and different races,” England lock and rising star Maro Itoje said this week.

There is hope that an England win will help revive the sport, which has been struggling to attract players lately and has long had an image problem in much of the country.

The sport’s governing body, the Rugby Football Union, failed to capitalize on England’s World Cup win in 2003, and during the ensuing decade the number of people playing the game regularly fell to 190,000 from around 255,000.

Participation has remained largely stagnant in recent years, although there has been growth in the women’s game. The RFU has also been beset by internal turmoil and financial pressure. The chief executive abruptly quit last year after the organization reported a £30.9-million loss and a drop in revenue to £172.4-million from £185-million. It has also warned that revenue is expected to continue to fall by up to £20-million annually because of less money from corporate sponsors and broadcasters.

“I think Saturday’s game will help a lot in terms of the recruitment of young players,” said Peter Danby, president of the Harpenden Rugby Club, just north of London. “A lot of people will be watching the World Cup, including young people who might be playing football at the moment and might switch over to rugby. So I would think we’ll get a boost in terms of membership numbers of all age groups.”

Harpenden is among the most successful clubs in England with close to 1,000 members and long list of famous alumni including England’s current captain, Owen Farrell, who honed his skills here in club’s youth program.

Danby said the club has programs for children as young as six but getting players to stick with the game is proving more difficult. “The biggest is keeping players interested as they get older,” he said. “It’s the same all over the country. Everyone is having trouble.” The club used to field up to six senior teams, for players over the age of 18. “We’re now lucky to have three teams out on a Saturday. Senior rugby is not as popular because of social media and other things for them to do,” he added. 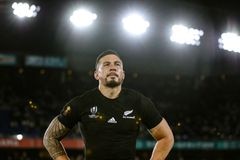 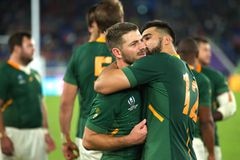 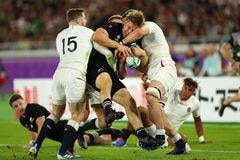 Follow Geoffrey York and Paul Waldie on Twitter @geoffreyyork @PwaldieGLOBE
Report an error Editorial code of conduct
Due to technical reasons, we have temporarily removed commenting from our articles. We hope to have this fixed soon. Thank you for your patience. If you are looking to give feedback on our new site, please send it along to feedback@globeandmail.com. If you want to write a letter to the editor, please forward to letters@globeandmail.com.
Comments