Fresh off their attention-grabbing runs at the U.S. Open, Canadian tennis stars Leylah Fernandez and Félix Auger-Aliassime were all smiles Tuesday as they discussed their background as Montrealers and the impact they wish to have on future generations.

“I would like to see that I’ve inspired people and not only with my game, but with the person that I am. For me, that’s even richer than anything else I can do on the tennis court,” Auger-Aliassime said.

He said he hopes children in Quebec, Canada and around the world will be inspired to believe in their dreams.

“We came from humble neighbourhoods of Montreal,” he said. “If we can do it, I also believe that others can do it as well.”

Auger-Aliassime, who’s been in the game longer than Fernandez, had nothing but praise for her during a news conference where the Quebec duo announced their roles as ambassadors for Flair Airlines, a Canadian low-cost carrier.

Opinion: After Leylah Fernandez’s remarkable run at U.S. Open, Canada is no longer a surprise package

Fernandez and Auger-Aliassime both said it had been very helpful to follow and see each other play during the U.S. Open, knowing they had a similar background.

“For me, it was fun, I was getting after every match, ‘You know you are the second win from Montreal today,’ so it was good,” Auger-Aliassime said. Seeing Fernandez winning round after round ”was a great feeling. I was proud of her every time.”

A smiling Fernandez, who is from the Montreal suburb of Laval, said it also motivated her to do better and to match Auger-Aliassime’s performance. “I remember when I was younger, we would watch you train and my dad would say, ‘You are going to be like Félix. Work like him because he’s so serious,’ ” she said.

Fernandez, who celebrated her 19th birthday during the tournament, made it to the final before falling 6-4, 6-3 Saturday to British 18-year-old Emma Raducanu. She defeated four seeded players along the way, including defending champion Naomi Osaka.

She said she’s still trying to grasp her achievements and wants to use them as a springboard to continued progress.

“Everything is coming in so fast, but I am so happy that all the hard work and all the sacrifices over the years are paying off and that all my dreams are coming true,” Fernandez said.

Her success capped a summer of sports achievement for Canadian women, beginning with the Summer Olympics and continuing with gold at the women’s world hockey championship. Fernandez said it felt amazing to be part of that wave and to inspire people, especially knowing that traditionally fewer people follow women’s tennis.

“It’s really showing how women are fighting for their dreams, for their rights and they want to do what they can to bring more people into the sports and make them feel loved,” she said.

Auger-Aliassime, 21, lost in the semi-finals on Friday to the eventual champion Daniil Medvedev. He said he believes his tournament helped raise his level of confidence after a season marked by highs and lows.

“I don’t take this position for granted. I am privileged to be in this position where I do something as a living that I can inspire kids and other people,” he said, adding that he’s more determined than ever to win a Grand Slam tournament.

After their exits from the tournament, their wild New York run continued on Monday night when they received a last-minute invitation to attend the Met Gala, an annual fundraising event for the Metropolitan Museum of Art’s Costume Institute.

“It kind of felt like I was Cinderella,” Fernandez said. “The whole day, I was getting ready for that moment. It was cool, seeing all these creators, actors, designers who were there, athletes who’ve done so much in their respective sports. I was so glad to be part of it.”

WTA Finals to be played in Mexico instead of China
September 13, 2021 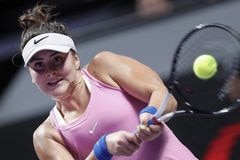 Raducanu can become one of world’s most marketable athletes
September 13, 2021 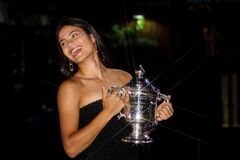 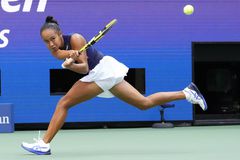 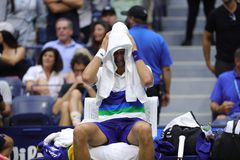